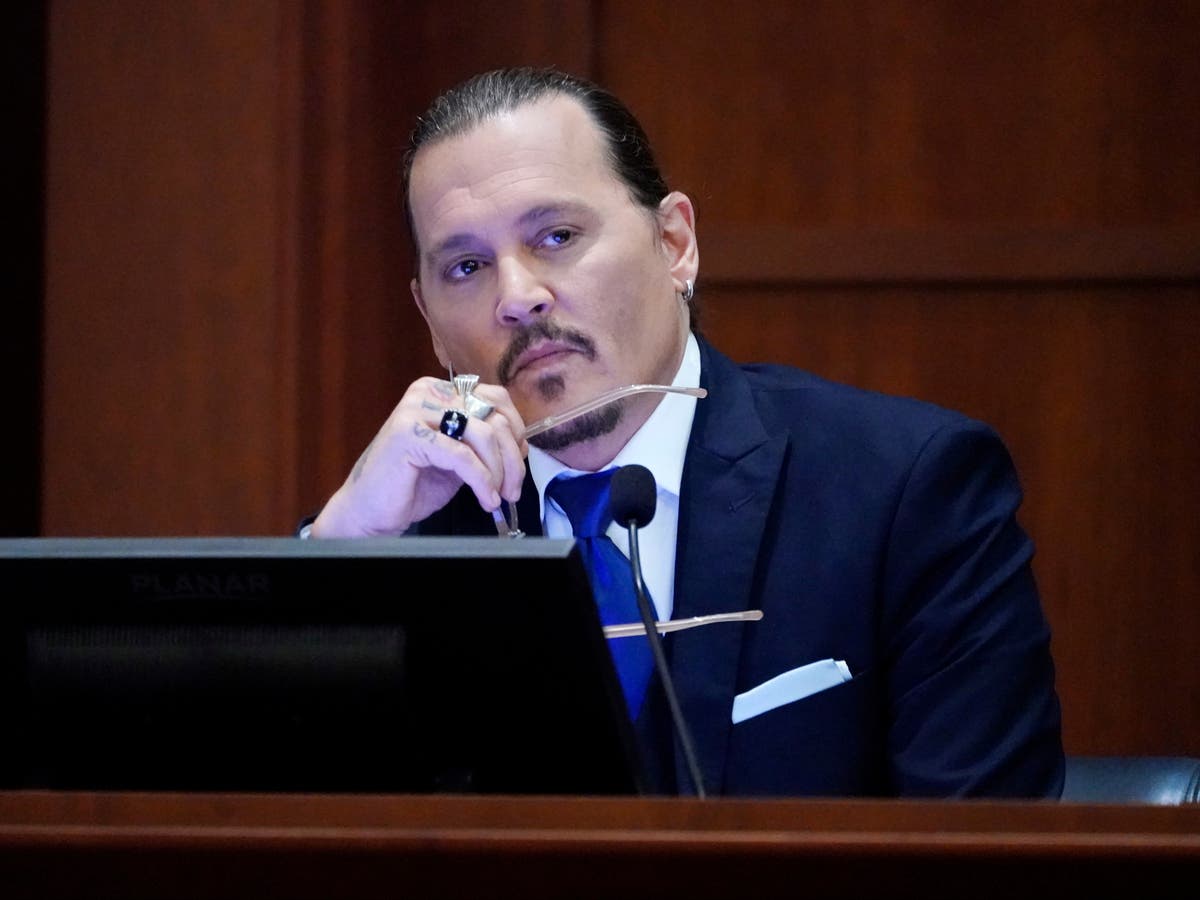 Johnny Depp testified in court that he would become “physically ill” and that he would have to go away and “vomit” during fights with ex-wife Amber Heard.

Mr Depp also rejected the notion that he had put out cigarettes on Ms Heard, something she suggested in a recording played in court earlier on Monday.

The defamation trial between Mr Depp and Ms Heard began on Monday 11 April in Fairfax, Virginia following Mr Depp’s lawsuit against his ex-wife in March 2019. Mr Depp is arguing that she defamed him in a December 2018 op-ed published in The Washington Post titled “I spoke up against sexual violence — and faced our culture’s wrath. That has to change”.

On Monday, Mr Depp was asked about a recording played earlier in the proceedings in which Ms Heard claimed that he vomited in his sleep often.

“When someone brings up that you vomit in your sleep every night – first, I think you’d be aware of it,” Mr Depp said. “The first thing I would do is seek medical attention.”

“I’ve never vomited in my sleep every night,” Mr Depp said. “There were times when I would get physically ill from the endless shots that you take when you’re unable to take it anymore.”

“It does affect you physically after a while so I would have to leave and go and vomit when fights got into these surreal, absurd, and horrible places,” he added. “It still confounds me as to why she would record that.”

Mr Depp also rejected the idea that he put out cigarettes on Ms Heard.

“I can certainly say, without hesitation, there’s no way under the sun that I would flick a cigarette at her or burn her with a cigarette,” he said. “If I flicked ashes, and ash got on her, but she’s certainly not screaming out in pain as if a cigarette is being put out on her. That’s ludicrous.”

Stop comparing the Holocaust to other events, Israeli leader urges