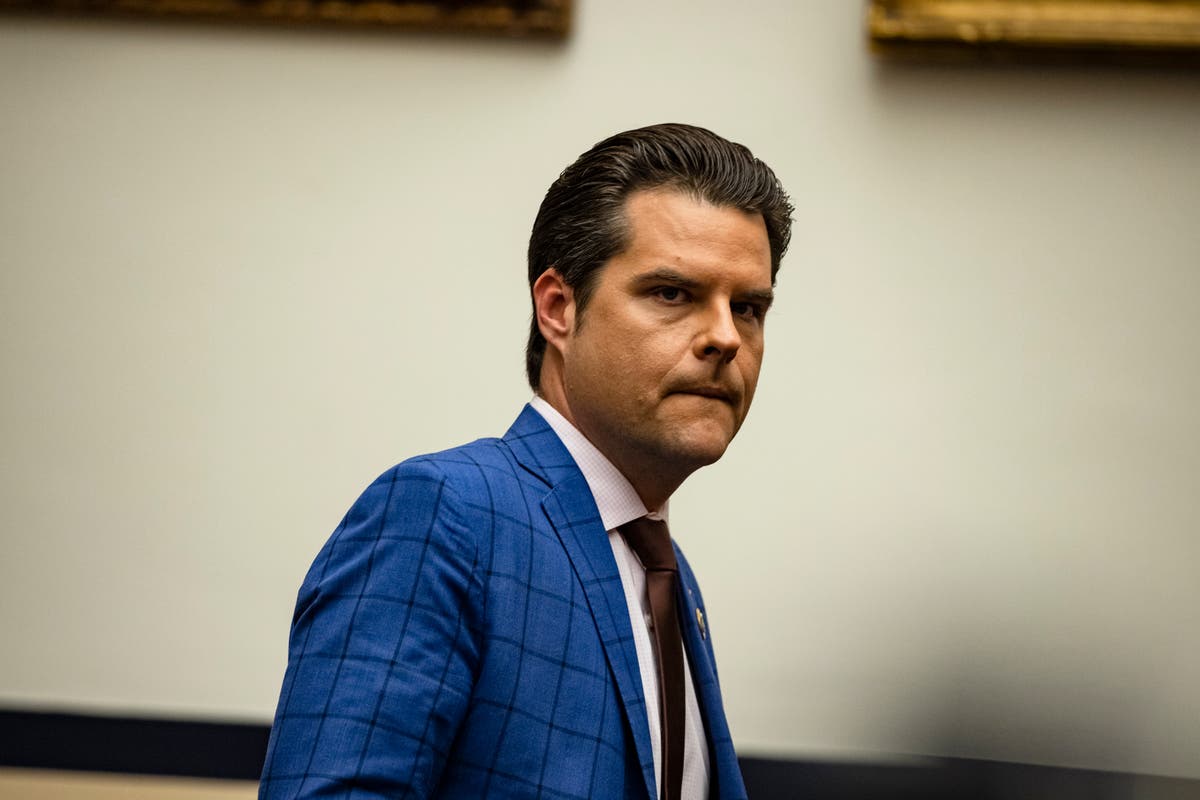 The lawyer for Joel Greenberg hinted the Florida tax collector could flip on Matt Gaetz as part of a plea deal with federal prosecutors over sex trafficking charges, according to reports.

“I am sure Matt Gaetz is not feeling very comfortable today,” attorney Fritz Scheller told reporters after a hearing on Thursday.

Mr Scheller said his client planned on pleading guilty in the coming weeks but was waiting to see the proposed agreement from prosecutors.

The federal child sex trafficking case against Mr Greenberg sparked a separate investigation into Mr Gaetz, according to The New York Times.

While Mr Greenberg was set to go to trial in June, defence lawyers and US assistant attorney Roger Handberg agreed to a deadline of 15 May to work out the details of a plea deal.

Mr Greenberg is alleged to have met women through a website that facilitates the exchange of dates for gifts and allowances, then introduced them to Mr Gaetz, according to Times.

While the deal has lead to speculation that Mr Greenberg would cooperate with the Justice Department in the investigation into Mr Gaetz, neither prosecutors nor the defence has explicitly confirmed an agreement.

Mr Scheller said negotiations of the plea conditions were in the early stages but that Mr Greenberg was “uniquely situated”, according to The Orlando Sentinel.

Mr Greenberg, the former tax commissioner in Seminole County, had previously pleaded not guilty to several charges that included sex trafficking of a minor, stalking and wire fraud.

Mr Gaetz, who has not been charged with any crimes, has denied the allegations. He says that it is part of an extortion plot to defraud $25m from his family.

In a column published in The Washington Examiner on Monday, Mr Gaetz said the allegations were the DC swamp attempting to sensationalize and criminalize his prior sex life.

“My lifestyle of yesteryear may be different from how I live now, but it was not and is not illegal,” he added.

Mr Chairman: How Bernie Sanders is calling the shots from his new role in Congress

US, Iran expected to begin indirect nuclear talks in Vienna