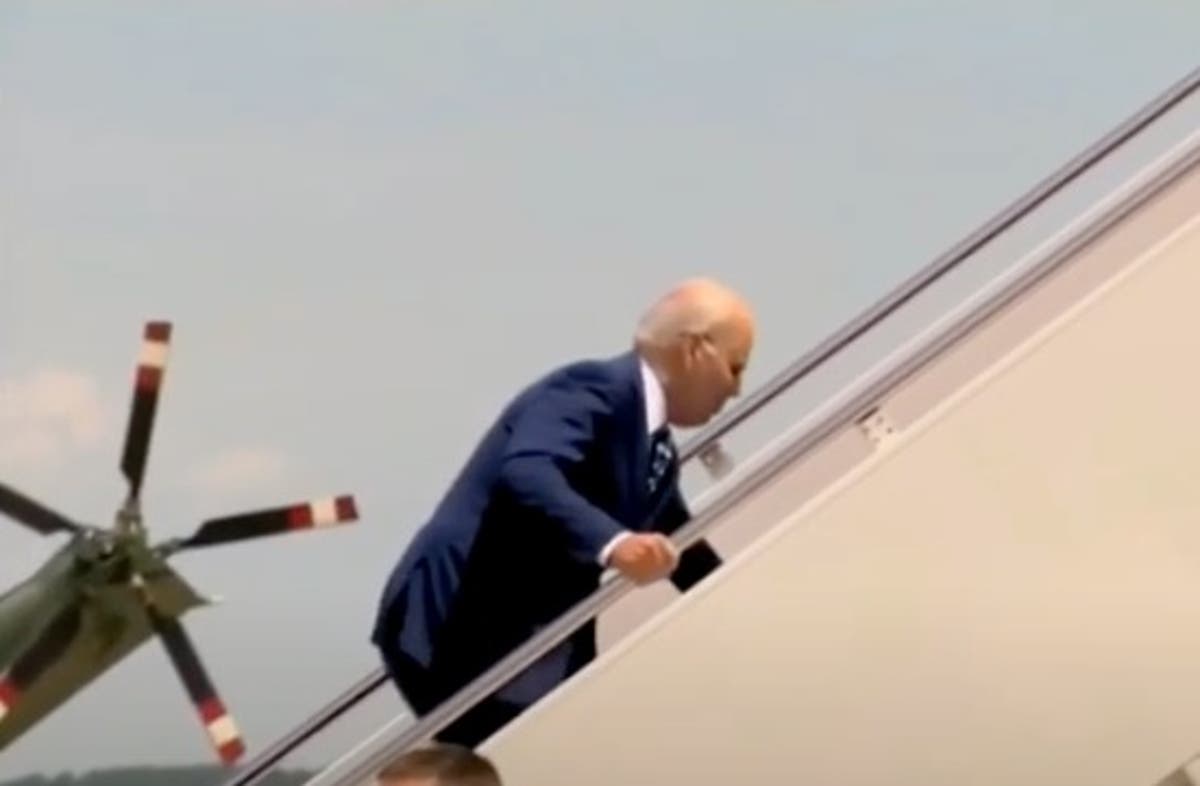 Joe Biden stumbled up the stairs of Air Force One as he boarded the presidential plane at Andrews Airforce Base to fly to California.

Mr Biden, 79, briefly tripped and put his hand down to regain his balance as he made his way up the steps onto the plane. It is the latest in a string of slips on the stairs for the commander-in-chief, who did the same thing just last month on his way to Illinois.

Before departing to host the ninth Summit of the Americas, Mr Biden told reporters that Tuesday’s primary elections showed that American voters wanted politicians and leaders to take a tougher line on crime and gun violence.

“I think the voters sent a clear message last night: Both parties ought to step up and do something about crime, as well as gun violence,” said Biden.

“It’s time the states and the localities spend the money they have to deal with crime, as well as retrain police officers, as well as provide for more community policing. It’s time to get on with doing that. And that’s what I think the message last night from the American public was in all the primaries.”

Mr Biden’s comments also came in the wake of the massacre in Uvalde, Texas, which saw 19 students and two teachers murdered by a teenager with an AR-15 rifle.

The White House and Democrats on Capitol Hill are involved in bipartisan negotiations on gun control laws that could be passed, while Mr Biden has called for a ban on assault weapons, tougher background check laws, and a higher minimum age to purchase the weapons.

At least 8 dead after explosion rocks hotel in downtown Havana