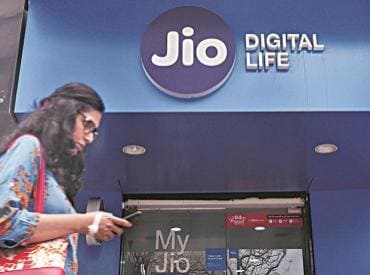 Riding on the strong gains, Jio has scaled up its active subscriber market share, with its user tally on this count pegged at 346.49 million, analysts said crunching July telecom subscription numbers released by the sector regulator.

Motilal Oswal, in its report, said that Reliance Jio had active subscriber additions of 6.1 million (as against 2.4 million additions in June) reaching about 346 million users in July.

Its active subscriber market share improved by 10 basis points to 35 per cent, the report said.

“VIL’s gross/active subscribers continued to decline at 1.4 million/3.3 million to 272 million/238 million, albeit at a slightly slower pace as against 4.3 million/4.9 million in June 21,” Motilal Oswal said.

Active subscribers are calculated based on reported Visitor Location Register (VLR) – the key metric reflects the number of active users on a mobile network.

It is pertinent to mention here that on an overall basis, Reliance Jio, India’s largest telecom operator, added mobile subscribers at a scorching pace in July, outpacing rivals, and Airtel too spruced up its user tally, even as Vodafone Idea lost customers, as per data by Telecom Regulatory Authority of India (TRAI).

“The positive trend seen in June (post the second wave of Covid) continues into July, with the industry adding 6 million subscribers in July (4 million in June),” UBS wrote.

VIL’s market share loss slowed down a bit; it lost 1.4 million subscribers in July versus 4.3 million each in May and June, it added.

The total wireless subscriber base of Jio swelled to 443.2 million in July, while that of Airtel was 354 million.

Overall, industry continues to recover in a healthy manner post the second wave of Covid, the UBS report pointed out.

“Jio continues to add subscribers month on month with a strong momentum. The pace of Bharti’s subscriber addition seems to have slowed down in July, and so has the pace of VIL’s market share loss,” it added.

Google Pixel Buds A-series review: Shines through despite many limitations