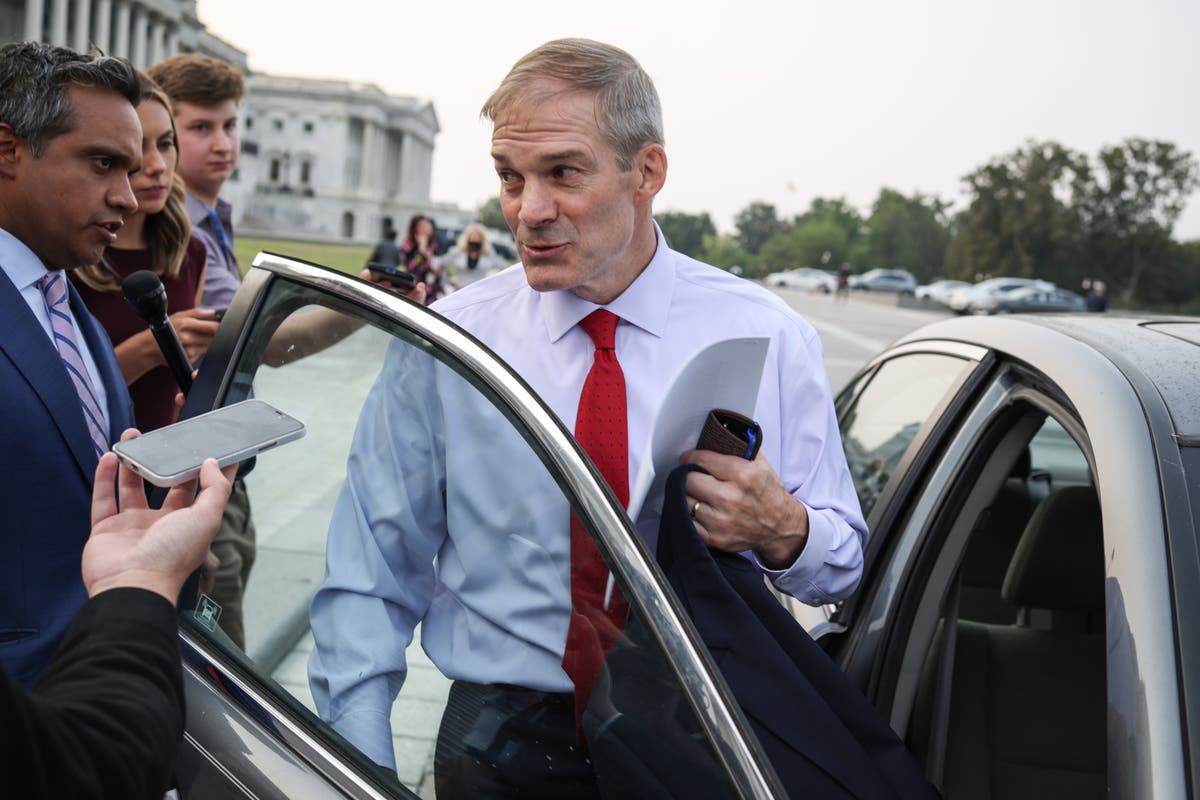 Congressman Jim Jordan, who was announced as one of the GOP-appointed members of the 6 January select committee this week, has provided a preview of the message Republicans will give to defend former President Donald Trump.

The Ohio Republican told The Independent he wants to pin the blame on Democrats for creating a culture where political violence is permissible, particularly in reference to the Black Lives Matter protests in the summer of 2020.

Rep Adam Schiff, whom House Speaker Nancy Pelosi selected as one of the Democratic members of the committee, said he would not comment on Mr Jordan’s specific words when asked about them.

“I can just say that Jordan was picked because that’s who Kevin McCarthy and Donald Trump want because they’re not interested in getting the truth,” Mr Schiff, who is chairman of the House Intelligence Committee and was an impeachment manager during Mr Trump’s first impeachment, told The Independent.

Mr Jordan is one of five Republican members appointed by House Minority Leader Kevin McCarthy, along with Reps Jim Banks of Indiana, Kelly Armstrong of North Dakota, Troy Nehls of Texas and Rodney Davis of Illinois.

Mr Banks will be the leading Republican on the committee and leads the Republican Study Committee, and he echoed Mr Jordan’s point in his statement on Monday announcing his appointment.

“If Democrats were serious about investigating political violence, this committee would be studying not only the January 6 riot at the Capitol, but also the hundreds of violent political riots last summer when many more innocent Americans and law-enforcement officers were attacked,” Mr Banks said. He also pointed to the death of Capitol Police officer William “Billy” Evans, who was killed in a car attack.

But Mr Jordan, one of the founding members of the House Freedom Caucus that was a thorn in the side of Republican leaders, emerged as a vociferous defender of the president, especially on the House Judiciary Committee, where he is the ranking Republican.

“I think the one question that needs to be answered is why wasn’t there a proper security presence that day and frankly only the speaker can answer that question,” Mr Jordan told reporters in reference to Ms Pelosi. But Mr Jordan said he doubted the committee would look into it and it would likely find a way to blame Mr Trump.

Mr Nehls, a former sheriff who assisted police during the riot, said the goal of the investigation was to investigate what caused the events.

“I just think that the whole purpose of the commission is what, go in and examine the events that took place on January 6 and maybe the events leading up to it and just take a deep dive into it,” he said. “Is that why the committee was formed?”

Mr Nehls, like Mr Jordan and Mr Banks, voted to object to election results that day. But, as the Washington Post noted, Mr Nehls previously called the riot “criminal.” At the time, he also said the riot was a “disgrace.”

“I was proud to stand shoulder to shoulder with Capitol police barricading entrance to our sacred House chamber, while trying to calm the situation talking to protestors,” he tweeted at the time.

The Texas Republican said he was optimistic about working with Democrats.

“Why not? I have Democrats working on some criminal justice reform with me right now,” he said.

“I think, a couple fair arbiters and a couple that had their mind made up so it’ll be an interesting dynamic to see,” said Mr Kinzinger, who along with Rep Liz Cheney was one of only two Republicans who voted to create the select committee. Mr Kinzinger added that he hoped his fellow Illinoisan Mr Davis, the ranking Republican on the House Administration Committee, would be a fair arbiter.

“It’ll certainly be an interesting dynamic, that’s for sure,” he said.

But Rep Jerry Nadler of New York, who is chairman of the House Judiciary Committee, decried Mr Jordan’s selection because of his history of promoting conspiracy theories.

But even Pete Sessions, a Republican from Texas, said he wished there were more experienced lawyers among the Republican members.

“We have a lot of formal people who work as attorneys and I believe that they more adequately come into contact with visions and variance and nuances of law than say someone like me that was a business guy,” he said.

How the King of Calypso helped change the world