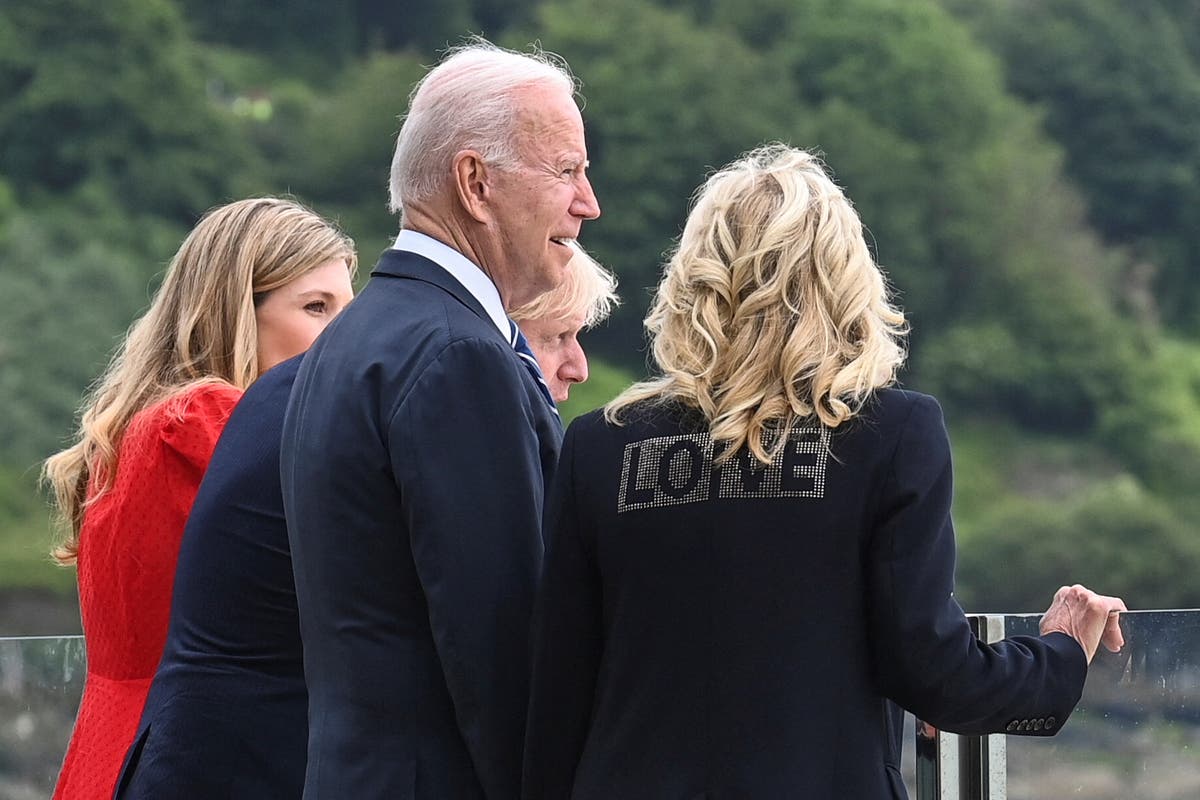 First lady Dr Jill Biden appeared to be taking a swipe at her predecessor, Melania Trump, on Thursday with a unique choice of wardrobe as she spoke to reporters in Cornwall.

During a news conference, Dr Biden was asked by reporters about the meaning of the message on her jacket, which bore the word “Love” on the back.

“Well, I think that we’re bringing love from America,” Dr Biden responded. “This is a global conference and we’re trying to bring unity across the globe and I think that’s important right now, that people feel a sense of unity from all the countries and feel a sense of hope after this year of the pandemic.”

The emblazoned jacket appeared to be a callback to an early controversy sparked by Ms Trump during her White House tenure wherein the former first lady was criticized for wearing a jacket with the phrase, “I really don’t care. do u?” on the back during a visit to facilities housing migrant children in Texas.