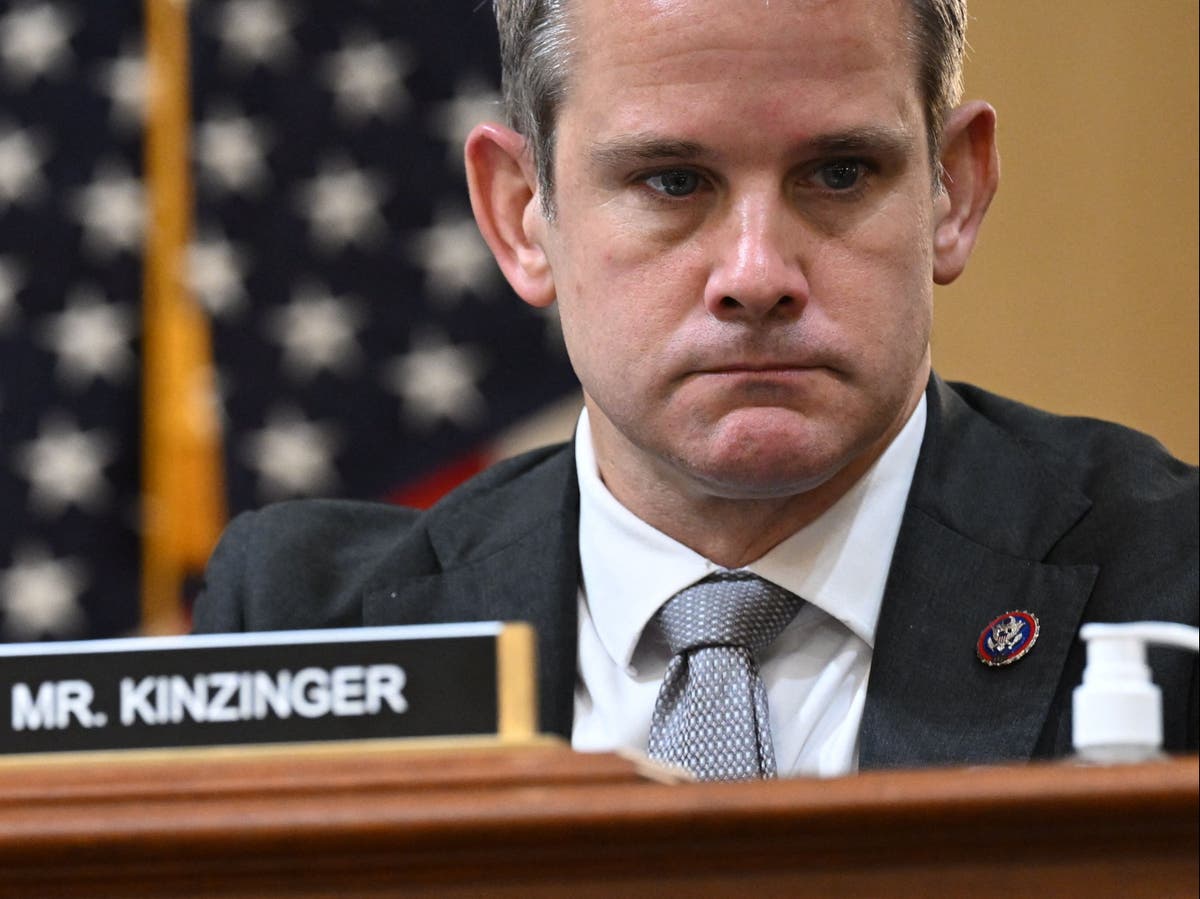 January 6 committee member Rep Adam Kinzinger has shared a letter that was mailed to his home threatening to “execute” him and his family for his work on the panel investigating the Capitol attack.

One of two Republicans on the committee along with congresswoman Liz Cheney, Mr Kinzinger told ABC News on Sunday that he received the death threat only “a couple of days ago”.

“This threat that came in, it was mailed to my house,” the Illinois Republican explained. “We got it a couple of days ago, and it threatens to execute me, as well as my wife and 5-month-old child”.

Mr Kinzinger continued by saying he had “never seen or had anything like that” before, despite his long-running condemnation of former president Donald Trump.

The congressman then shared a photo of the letter – addressed to his wife – on Twitter with the caption: “The Darkness is spreading courtesy of cowardly leaders fearful of truth. Is [this] what you want @GOP? Pastors?”

The letter states: “You are one stupid [expletive]. That pimp you married not only broke his oath, he sold his soul. Yours and Christians too! Adam’s activities have hurt not only this country, but countless patriotic and God Fearing families.

“Therefore, although it might take time, he will be executed. But don’t worry! You and Christian will be joining Adam and hell too! We find it blasphemous that you name the son of the devil Christian!”

In his Sunday interview with ABC News, Mr Kinzinger also suggested that Mr Trump should face criminal charges for his role in the January 6 attack after his committee finishes its televised hearings.

Mr Kinzinger previously received a death threat following his vote to impeach Mr Trump for fighting to overturn the 2020 presidential election results in the wake of the Capitol attack.

However, this time, the Republican said he was more concerned because of his young family and that Americans needed to “wake up” to the threat of violence and democratic backsliding.

“There’s violence in the future, I’m going to tell you,” Mr Kinzinger argued when asked about 2024. “And until we get a grip on telling people the truth, we can’t expect any differently.”

The Republican, who was first elected to Congress in 2010, has already said he will not stand for reelection this year because he “cannot focus on both a reelection to Congress and a broader fight nationwide.”

“Wake up, America. Wake up, Republicans,” Mr Kinzinger added during his ABC News appearance. “Because this is not going to be good for you if you think it is.”

Mr Trump has so far rallied against claims aired during the January 6 committee hearings, which have provided new details about how he pressured his vice president Mike Pence to overthrow the 2020 election results in Congress.