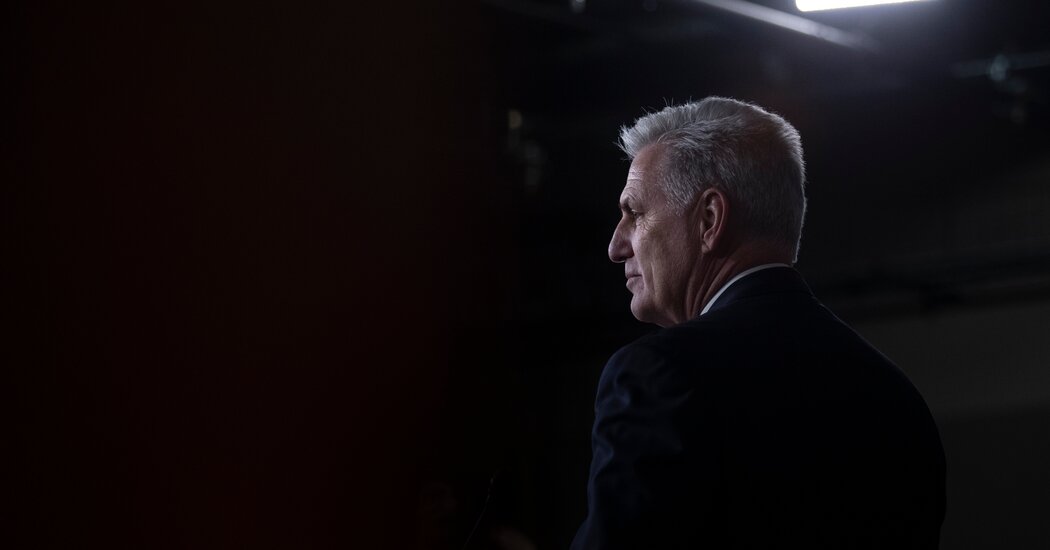 WASHINGTON — The House committee investigating the Jan. 6 attack on the Capitol on Wednesday formally requested an interview with Representative Kevin McCarthy, the minority leader, who was in close contact with former President Donald J. Trump during and after the violence.

The letter to Mr. McCarthy is the committee’s latest attempt to learn more about Mr. Trump’s actions as mob rioters stormed the building for hours on Jan. 6 and his mind-set in the days that followed. It made Mr. McCarthy, a California Republican, the highest-ranking lawmaker the panel has pursued in its inquiry.

“You have acknowledged speaking directly with the former president while the violence was underway on Jan. 6,” Representative Bennie Thompson, Democrat of Mississippi and chairman of the committee, wrote in a letter to Mr. McCarthy.

In particular, the panel said it was interested in a phone call that Mr. McCarthy had with Mr. Trump during the riot. Mr. McCarthy previously described the call, in which he asked Mr. Trump to send help to the Capitol as a violent mob breached the complex, as “very heated.”

During that call, according to an account given last year during impeachment proceedings, Mr. Trump sided with the rioters, telling Mr. McCarthy that they were evidently more upset about the election than the Republican leader was.

Mr. Thompson also noted that Mr. McCarthy had spoken with Mr. Trump shortly after the attack.

The committee also cited a Politico article in which Mr. McCarthy divulged to other Republicans that Mr. Trump “had admitted ‘some degree of responsibility’ for the Jan. 6 attack in his one-on-one conversations with you.”

It was the third time the committee has asked a Republican lawmaker to voluntarily agree to an interview. Representatives Scott Perry of Pennsylvania and Jim Jordan of Ohio have refused to cooperate with the panel.

The committee has yet to issue a subpoena for testimony from any lawmaker, but members have said they could do so if interviews are refused.

What the Jan. 6 responders found: Brotherhood in trauma and a search for accountability