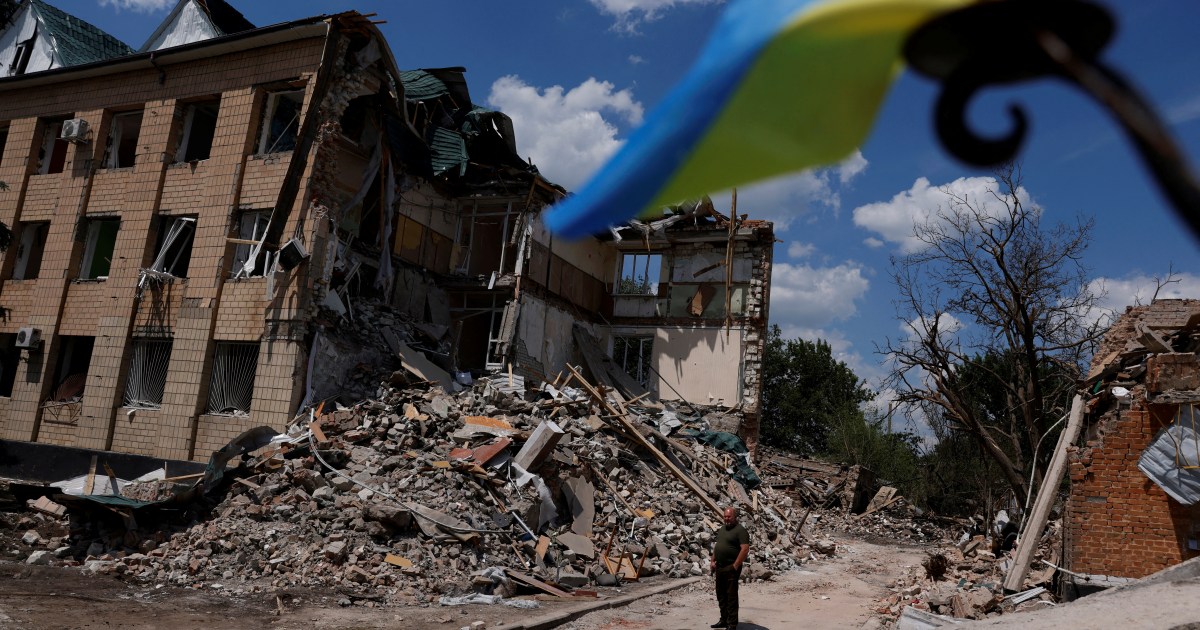 According to Ukraine’s Prosecutor General Iryna Venediktova, 15,000 alleged war crimes have been reported since Russia’s invasion of Ukraine three months ago. Hundreds more are being reported every day.

The numbers reflect the toll of Russia’s invasion. In response, Kyiv, its allies and the International Criminal Court (ICC) have launched investigations into possible atrocities committed in Ukraine. All, however, are mum on whether they are investigating alleged war crimes committed by Ukrainian forces. It is in Kyiv’s interest to ensure that all alleged atrocities committed are thoroughly investigated and prosecuted, including any that its own soldiers may have perpetrated.

The decision of Western states and the ICC to investigate Russia’s crimes represents a sliver of humanity in the face of Moscow’s unspeakable cruelty and capacity for atrocity. To a far lesser extent than allegations levied against Moscow, there have been reports of war crimes committed by Ukrainian forces as they seek to repel Russia’s invasion and occupation of Ukrainian territory. Human Rights Watch, for example, offered evidence of Russian prisoners of war being beaten and shot by Ukrainian forces. Prior to Russia’s invasion, the ICC prosecutor also determined that Ukrainian government forces had committed crimes against detained Russian and Russian-backed soldiers, albeit less severely than those committed by their counterparts.

Even in the most asymmetrical conflicts, it is never the case that only one side commits atrocities. The nature of war breeds excesses, ones felt most directly and brutally by civilians. Yet states and international organisations have a hard time investigating and prosecuting those parties they believe are on the “good” side of war, especially in the case of ongoing conflicts.

The ICC, for example, has the propensity of only investigating and prosecuting one party to a conflict. Historically, the court’s prosecutor has chosen a party – most often the winning side or one which Western powers support – and investigated its enemies.

In Ukraine, ICC Prosecutor Karim Khan has been eager to demonstrate his solidarity with Ukraine, travelling to the country and appearing with government officials, including President Volodymyr Zelenskyy, while noting that Russia has declined to cooperate with the ICC. He has also illustrated his keen interest in working with Western powers that are investigating Russian atrocities and who have earmarked funds to investigate Moscow’s alleged crimes. It is with these powerful states that momentum on justice resides.

The ICC prosecutor’s very public siding with Ukraine and Western powers has some supporters of the court anxious. For example, Céline Bardet of We Are Not Weapons of War has articulated that “[t]he war in Ukraine … carries the risk that the ICC could pay a high price, in the medium or long term, for not clearly establishing safeguards against being seen as a tool of one side.”

Few believe that the ICC will bring forward allegations against Ukrainian soldiers or authorities, even if doing so is found to be warranted. Just weeks into the war, the court announced arrest warrants for another situation: the 2008 war in Georgia. Despite allegations of atrocities committed on all sides of that conflict, each ICC warrant was for a Russian-backed official from South Ossetia.

Other developments are likely to entrench the notion that Russian forces not only are responsible for most atrocities in Ukraine, but all atrocities committed in the country. Because the ICC does not have jurisdiction over the crime of aggression in Ukraine, many hope a new court able to investigate and prosecute those responsible for the illegal invasion of Ukraine will be established. Should that court be created, it would be mandated to singularly investigate Russia and its Belarusian allies.

It remains critically important for Ukraine that any alleged atrocities committed by its own forces be investigated, not just because justice and accountability demand it, but because it is in Ukraine’s interest to present itself as a democratic and rule of law-abiding nation.

As war crimes cases against Russian soldiers proceed through Ukraine’s court system, there is a real risk that Moscow will reciprocate with its own trials of members of the Ukrainian armed forces and its allies. On June 9, a court in Russian-backed Donetsk convicted two Britons and a Moroccan national of being mercenaries and sentenced them to death in what observers see as an attempt to imitate the prosecution of Russian soldiers by Kyiv. It has also been announced that the Azov Regiment fighters who surrendered from the Azovstal steel plant in Mariupol last month will be tried at a tribunal created in Donetsk. Russian-backed officials have likewise asserted that they would prosecute Zelenskyy for “war crimes” if he was ever detained.

Kyiv may not be able to stop such show trials, but it could undercut their effect on public opinion in Russia and elsewhere by independently and transparently investigating any alleged crimes committed by its own troops.

Launching genuine and transparent probes into its own forces’ alleged war crimes would send a powerful signal to Ukrainian citizens and others that Kyiv has nothing to hide and that its commitment to justice is total, not partial.

Not long ago, Prosecutor General Venediktova admitted that corruption had severely undermined trust in Ukraine’s justice system. Showing itself willing and able to prosecute complex cases, including those of its own officers, could help turn the tide. It might also have important effects on potential peace negotiations, post-war reconciliation, citizen confidence in the government and judiciary, the country’s post-conflict efforts to rebuild, and Kyiv’s mission to join the European Union.

Ukraine has faced the brunt of atrocities during its war with Russia. The toll is not even close. Kyiv has rightly presented its citizens as victims of Russian aggression and atrocity. It has also sought to project itself as the only party to the war that defends and acts in line with international law. That means impartially and independently investigating all alleged atrocities, not just those of its enemies.

Before Russia’s invasion, there were welcome signs that criminal proceedings were ongoing against Ukrainian officers involved in alleged war crimes. More recently, an adviser to Ukrainian President Zelenskyy, Oleksiy Arestovych, announced that any war crimes committed by its forces would be prosecuted. It is in Ukraine’s interest to ensure those aren’t just empty words, but a promise – from a rule of law-abiding state – to achieve accountability.