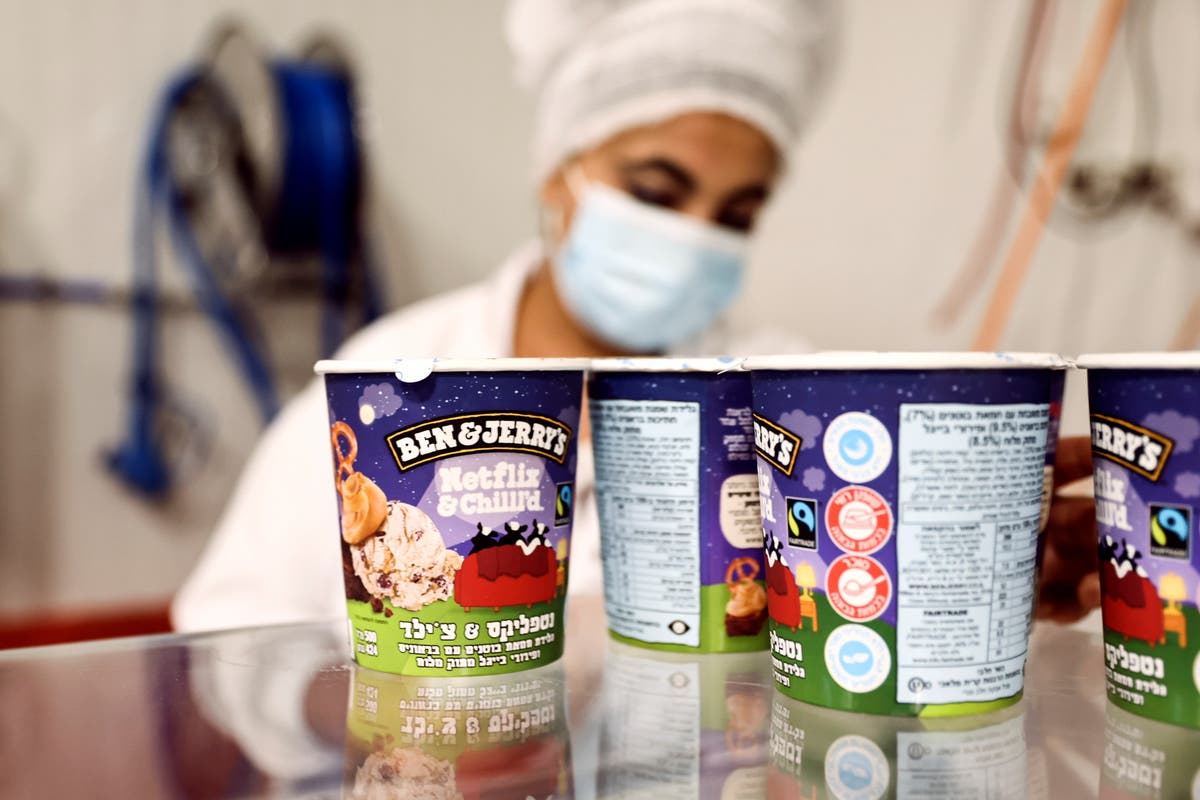 Mr Bennett spoke with Alan Jope, the CEO of Unilever, which owns Ben & Jerry’s, on Tuesday – a day after the ice cream company announced it is to pull products from the areas.

“The prime minister made it clear that he views with utmost gravity the decision by Ben & Jerry’s to boycott Israel…which has taken a clearly anti-Israel step,” Mr Bennett’s office said in a statement following the call.

“[He] emphasized that from the perspective of the State of Israel, this is an action that has severe consequences, including legal, and it will take strong action against any boycott directed against its citizens,” the statement added.

Announcing the move on Monday, Ben & Jerry’s said it believed “it is inconsistent with our values for [our] ice cream to be sold in the Occupied Palestinian Territories.

“We also hear and recognize the concerns shared with us by our fans and trusted partners.”

The statement added: “We have a longstanding partnership with our licensee, who manufactures Ben & Jerry’s ice cream in Israel and distributes it in the region. We have been working to change this, and so we have informed our licensee that we will not renew the license agreement when it expires at the end of next year.

“Although Ben & Jerry’s will no longer be sold in the OPT, we will stay in Israel through a different arrangement. We will share an update on this as soon as we’re ready.”

Palestinian activists welcomed the decision by Ben & Jerry’s, which has in recent years built up a reputation for taking a stance on some political issues.

It has made statements on debates about race, climate change and law and order.

Estimates suggest there are around 600,000 Jewish people living in about 140 settlements built since Israel’s occupation of the West Bank and East Jerusalem in the 1967 Middle East war.

Most countries around the world agree that the settlements are illegal under interational law, which is disputed by Israel.

He accused the ice cream maker of bowing to the Boycott, Divestment and Sanctions (BDS) movement, which calls for a complete boycott of Israel

In a statement, BDS said Ben & Jerry’s decision was “a decisive step towards ending the company’s complicity in Israel’s occupation and violation of Palestinian rights”.