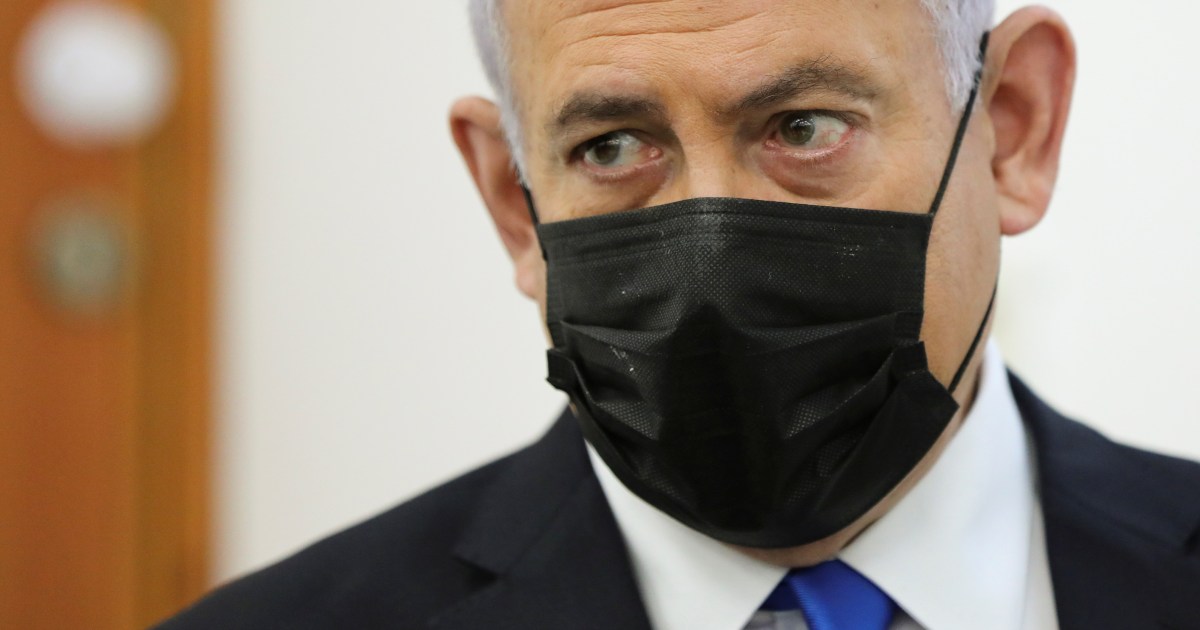 Israel will tell the International Criminal Court (ICC) it does not recognise the authority of the tribunal, which is planning to investigate possible war crimes in the occupied Palestinian territories, Prime Minister Benjamin Netanyahu has said.

Netanyahu, after meeting with senior ministers and government officials before a Friday deadline to respond to an ICC notification letter, said Israel would not cooperate with the inquiry, but it will send a response.

“It will be made clear that Israel is a country with rule of law that knows how to investigate itself,” he said in a statement on Thursday. The response will also say Israel “completely rejects” the assertion that it carried out any war crimes.

The statement added that the ICC “has no powers to initiate an investigation against Israel” and will not cooperate with it.

ICC prosecutors, who named groups on both the Israeli and Palestinian sides as possible perpetrators, said letters had been sent on March 9 to all parties concerned, giving them a month to inform the court if they were conducting their own investigations of the alleged crimes and want an ICC inquiry deferred while that is continuing.

‘Crimes committed by both sides’

The Palestinian Authority, based in the occupied West Bank, has been a state party to the ICC since 2015. The Palestinians have welcomed the investigation and said they will not seek any deferral.

The world’s only permanent war crimes tribunal, the ICC was set up in 2002 to try humanity’s worst crimes where local courts were unwilling or unable to step in.

ICC prosecutor Fatou Bensouda has said her probe will cover the situation since 2014 in the besieged Gaza Strip, the occupied West Bank and occupied East Jerusalem.

It will mainly focus on the 2014 Gaza war but also look at the deaths of Palestinian demonstrators from 2018 onwards.

After a five-year preliminary probe, Bensouda said there was a “reasonable basis” to believe crimes were committed by both sides – by the Israeli military, Hamas – which has controlled Gaza since 2007 – and other Palestinian armed groups.

Hamas has welcomed the ICC probe and argued that its attacks on Israel were justified acts of “resistance”.

The PA also voiced its willingness to cooperate with the ICC.

“We sent the response to the ICC,” said Omar Awadallah, a senior official in the Palestinian Foreign Ministry.

“Full cooperation with the ICC will continue from the State of Palestine, as a member state of the court, to achieve justice for the victims of the Palestinian people and hold Israel accountable for its crimes,” Awadallah said.

Netanyahu, a vocal critic of the ICC, on Thursday, accused the court of “hypocrisy” for targeting Israeli troops who “fight with high moral conduct against terrorists”.

Israel’s longest-serving prime minister has previously lambasted the decision to open the probe as the “essence of anti-Semitism” and declared Israel was “under attack”.

Thursday’s statement marked the first time that Netanyahu made it clear Israel would not directly engage with the ICC. The United States has also criticised the ICC investigation and voiced support for its ally Israel.

The ICC last week welcomed US President Joe Biden’s lifting of sanctions imposed by Donald Trump on Bensouda, saying it signalled a new era of cooperation with Washington.

The Trump administration had imposed the financial sanctions and visa ban on Bensouda last year, after she launched an investigation into alleged war crimes by US military personnel in Afghanistan.