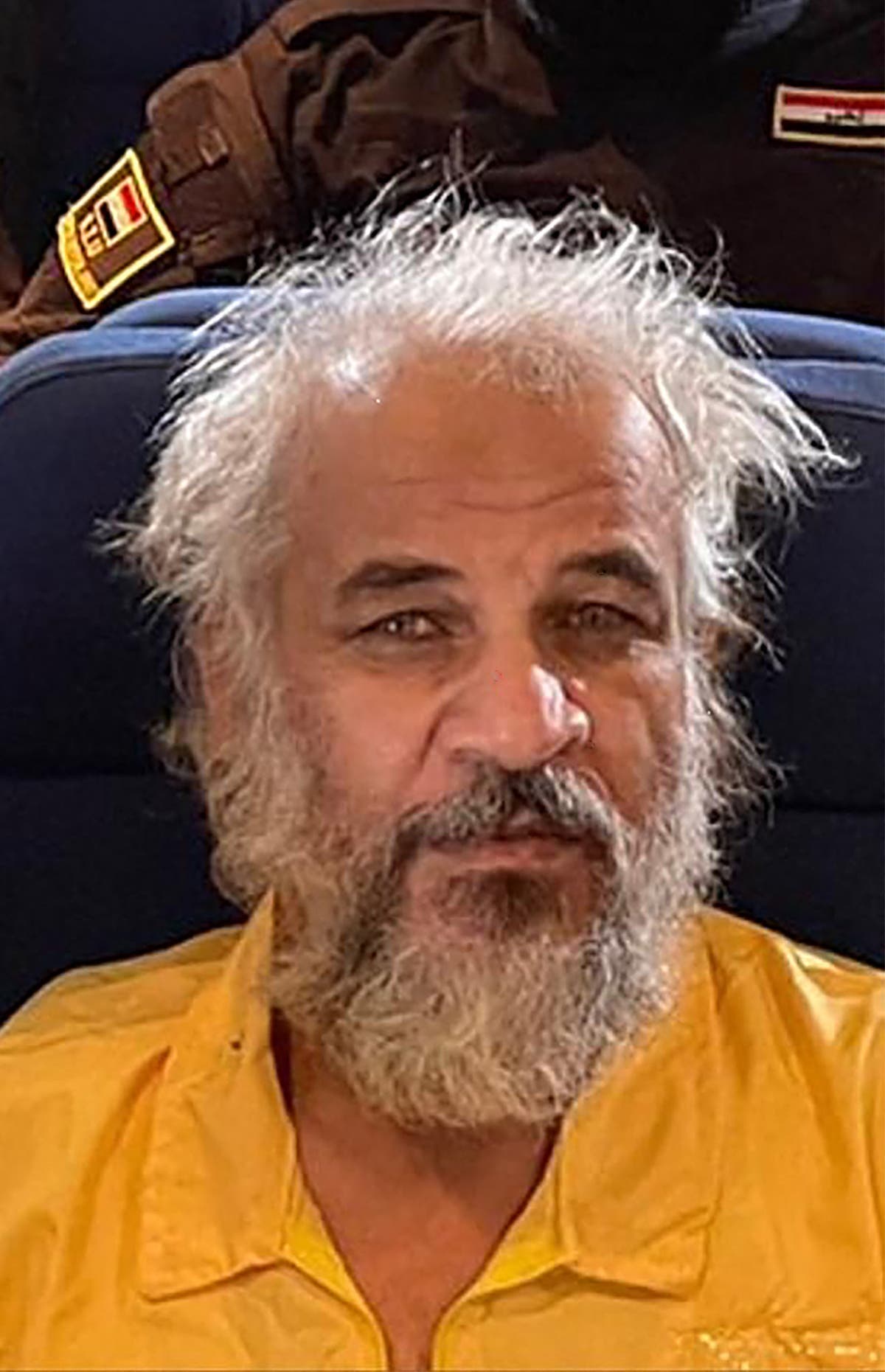 Iraq has arrested a top leader and financier in the Islamic State group, the country’s prime minister has said, describing the operation as “one of the most difficult” cross-border intelligence operations ever conducted by Iraqi forces.

Mustafa al-Kadhimi tweeted the news on Monday, identifying the man as Sami Jasim, a figure who served as the deputy leader of Isis under the late Abu Bakr al-Baghdadi and was also a longtime al-Qaeda operative.

Jasim has a $5m (£3.7m) bounty on his head from the US State Department’s Rewards for Justice programme, which describes him as having been “instrumental in managing finances for IS terrorist operations”.

“While our ISF heroes focused on securing the elections, their [Iraqi Intelligence Services] were conducting a complex external operation to capture Sami Jasim, who was in charge of Daesh finance, and a deputy of Abu Bakr al-Baghdadi,” the prime minister wrote on Twitter.

“Long live Iraq, and our brave heroes,” he added.

According to the US State department website Jasim was effectively the Islamic State’s finance minister.

“While serving as IS deputy in southern Mosul in 2014, Jasim reportedly served as the read of IS’s finance minister, supervising the group’s revenue-generating operations from illicit sales of oil, gas, antiquities, and minerals,” the website said.

Najm al-Jubouri, the governor of Nineveh where Isis had its main stronghold in Iraq, said he was detained in a country abroad, and transported to Iraq.

Iraqi intelligence officials told The Associated Press the same adding that he had been brought to Iraq a few days ago.

Mr Al-Jubouri, who was an Iraqi forces commander against Isis in the battle for Mosul, said that while the loss of Sami Jasim would not halt Isis’s capabilities it was a significant achievement for Iraq’s intelligence services and dealt a blow to the jihadi group.

“It proves Iraq has better intelligence than before. Even though the group never depends on one figure or persons this is a big blow to them. And a significant arrest for us,” he added.

Jasim worked with al-Qaida’s Iraq leader Abu Musab al-Zarqawi, a Jordanian militant who was killed in a US airstrike in Iraq in 2006. He assumed various security positions in Iraq, and moved to Syria in 2015, after the Islamic State group, an al-Qaida offshoot, declared its caliphate in 2014 and became the deputy of Abu Bakr al-Baghdadi, the extremist group’s leader.

Al-Baghdadi was killed in a US-led raid in northwestern Syria in 2019, under former US president Donald Trump.