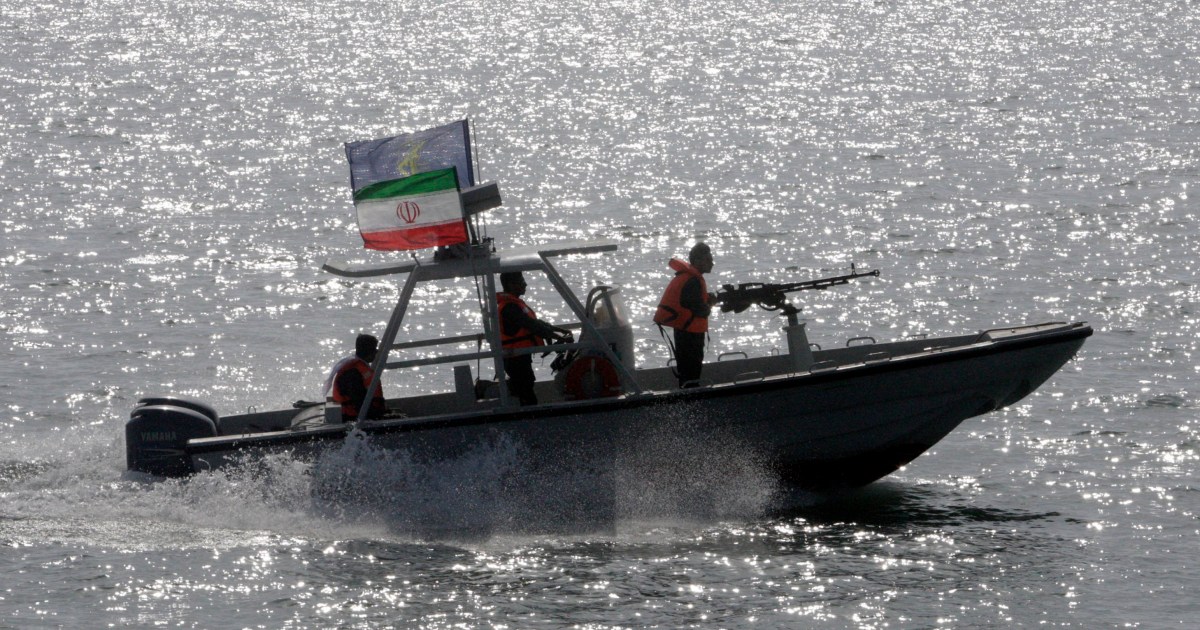 The Revolutionary Guards say the unnamed foreign ship was carrying 150,000 litres of diesel.

Tehran, Iran – Commandos with the naval force of Iran’s Islamic Revolutionary Guard Corps (IRGC) have seized a foreign tanker in the Persian Gulf for smuggling diesel.

Colonel Ahmad Hajian, the commander of the Naval Type 412 Zulfiqar in the southern Parsian county in the Hormozgan province, was quoted by the state broadcaster’s website on Saturday as saying that the ship was found to be illegally carrying 150,000 litres (32,995 gallons) of diesel.

“Through intelligence monitoring and in a coordinated operation, our navy succeeded in seizing a foreign ship with 11 crew members in our country’s waters,” he said.

The commander added the crew members have been handed over to the local judiciary for processing but did not name the ship, its nationality, or the nationalities of its crew. It is also unclear when the incident took place.

Hajian promised to “act decisively” against any attempts to smuggle fuel through the sea in support of Iran’s economy.

The Fars news website, which has close ties to the IRGC, released a dramatic video that showed several boats approaching the seized ship. The navy Guards are then shown to board the ship, which is empty.

The incident comes after Iran seized a Vietnamese-flagged tanker called Sothys in the Sea of Oman earlier this month after a confrontation with the United States Navy and kept its cargo.

The IRGC said the ship was being used by the US to “steal” Iranian oil whose exports are banned under unilateral sanctions imposed since 2018 when former President Donald Trump abandoned Iran’s 2015 nuclear deal with world powers. The ship was released days after the incident.

The US countered Iran’s account of the incident, saying it was only there to “monitor” the situation.

The nuclear deal’s signatories will head back to Vienna in November to resume talks aimed at lifting US sanctions and bringing Iran back to full compliance with the terms of the accord.

Why are Cubans protesting in the streets?

Einstein’s notes on theory of relativity sell for almost £10m