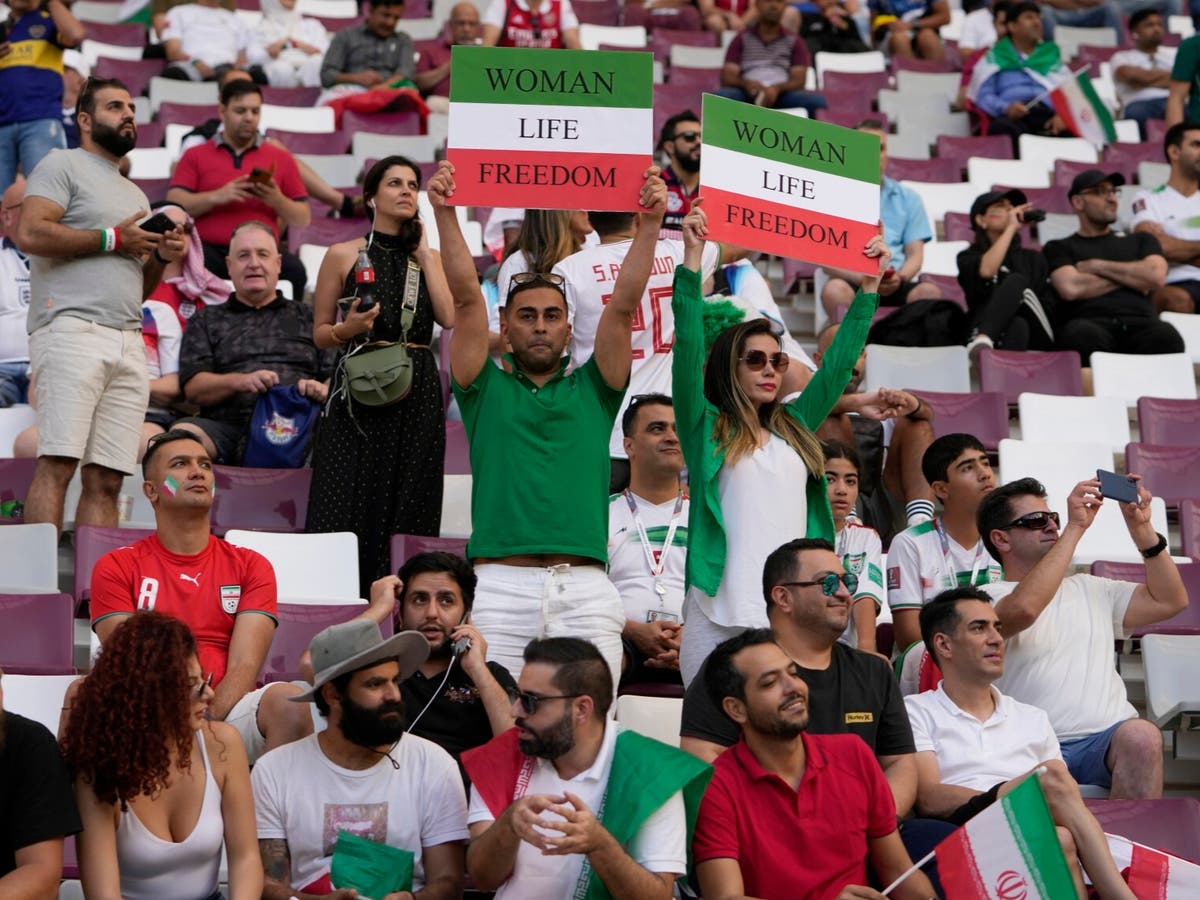 In a show of defiance, bravery and unity with anti-government protesters, Iran’s football decided not to sing the national anthem in their opening World Cup game against England.

The team maintained their silence throughout the anthem, as some Iranian fans shouted and jeered while others held up signs saying, “Woman, Life, Freedom”.

The players’ protest came following weeks of violent protests in Iran, sparked by the death of Mahsa Amini in police custody in September.

Amini, 22, had been detained by morality police for allegedly breaking the strict rules around head coverings. Her subsequent death sparked protests and the biggest challenge to Iran’s rulers in years.

In the violent protests which have followed across Iran, some 400 protesters have been killed and 16,800 others arrested in a crackdown by Iran’s security forces.

The team had been seen by some Iranians as a pro-regime team after meeting Iran’s President Ebrahim Raisi. However, Iran boss Carlos Queiroz had said his players were “free to protest”, after the match against England.

Fans carried placards bore the colours of the Iranian flag, with at least one rendered to appear drenched in blood – echoing the death of Mahsa Amini at the hands of police.

One woman demonstrating at the football match in Qatar appeared to be holding a banner featuring the faces of young people killed in the demonstrations.

On Sunday, Iranian captain Ehsan Hajsafi became the first on the team to speak publicly in support of the protests, saying that demonstrators “should know that we are with them” and “sympathise with them regarding the conditions” in Iran.

It came as, hours prior to their opening match, England and Wales capitulated to Fifa in dropping plans to wear rainbow-coloured OneLove armbands in support of the LGBT+ community, over fears that captains Harry Kane and Gareth Bale could be booked for wearing them.

The spotlight on the human cost of Qatar’s hosting of the tournament has only increased in recent weeks, with Doha’s discrimination against LGBT+ people and the deaths of migrant workers involved in building facilities for the event casting a long shadow over the sport itself.

Among those to unwillingly give their lives to the tournament was 40-year-old Briton, Zac Cox, who fell 40 metres to his death while working on the construction of the Khalifa Stadium, where Gareth Southgate’s side kicked off their campaign on Monday.

Regardless of the FA’s decision earlier in the day, BBC presenter Alex Scott was seen on the sidelines wearing the OneLove armband, while at least one England fan was pictured in the stands wearing a T-shirt depicting the three lions in rainbow colours.