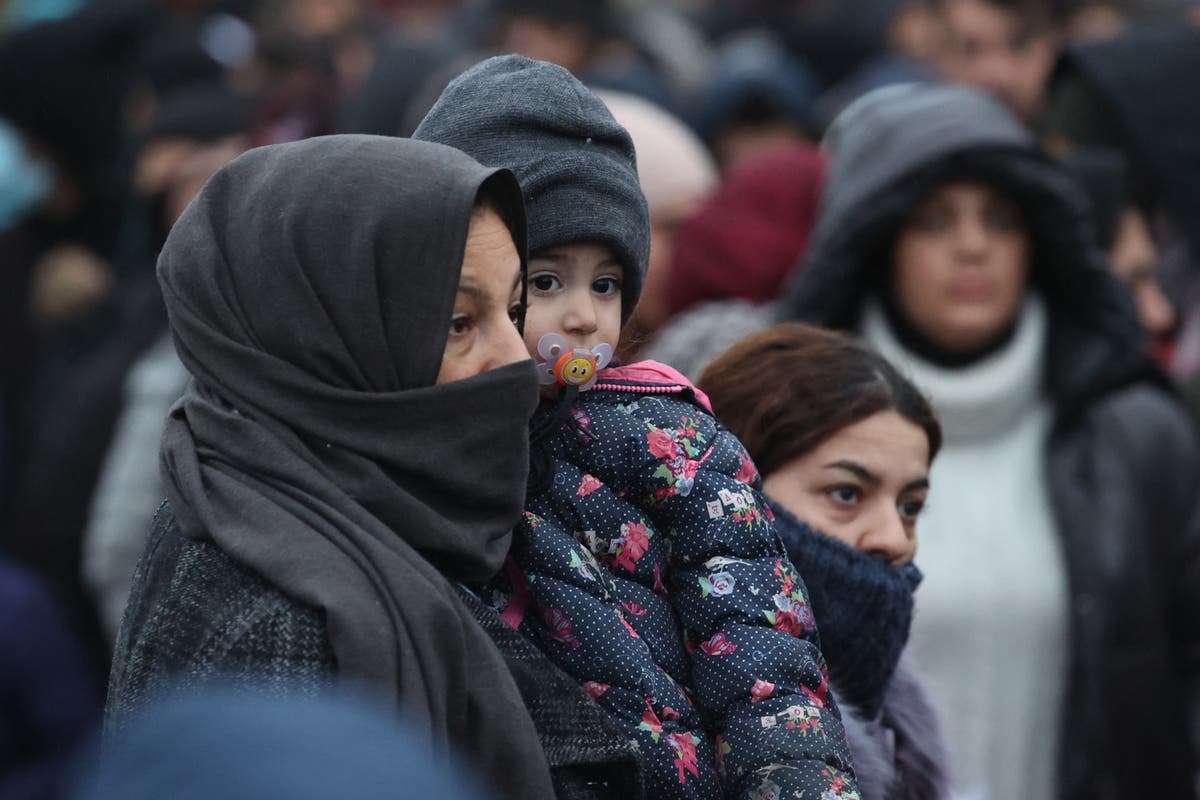 The planned deployment of additional British troops to Poland comes amid accusations that Belarus is weaponising the thousands of migrants at the border amid repeated warnings of a wider conflict breaking out in the region.

The troops will also arrive amid tensions along another frontier, between Russia and Ukraine, with the massing of Russian troops and warnings from the US and Nato that Moscow may trigger hostilities, and seize territory –as it did with Crimea seven years ago at the start of the separatist war in Ukraine.

Around 100 Royal Engineers from the UK will be sent to join 10 already in Poland to strengthen a border fence which had been repeatedly torn down with the connivance of Belarusian security forces, with migrants attempting to surge across.

Earlier this week, the British government also announced arms sales to Ukraine, as part of a joint project with Kyiv for Ukraine to acquire new ships and weaponry for its navy.

The UK is also in talks with Poland to sell missiles and air defence systems in a deal worth up to £3bn for manufacturers in this country. The government in Warsaw says the weaponry is needed to counter a Russian threat.

Speaking in Moscow, Vladimir Putin declared that Russia would take “appropriate” measures over “provocative” activity by the West in Ukraine.

The UK had already clashed with the Kremlin in waters off Ukraine four months ago, when Russians fired warning shots at the destroyer, HMS Defender, as it was travelling through Crimean waters.

Talking about sending troops to Poland, the defence secretary Ben Wallace raised the spectre of conflict.

“There is lots of activity in this part of Europe that is threatening security and I think one of our responses is to show that solidarity, both politically and indeed militarily”, he said.

“I think this is a classic case of the sort of hybrid playbook where you link disinformation to destabilisation. and the idea of pushing migrants on to the European Union’s borders is a classic example of that sort of thing,” he said.

Gen Carter also stated that the UK military must be ready for war with Russia – an extraordinary scenario – although he qualified that by adding he did not think that Putin wanted a “hot war” at present.

There are a number of variables as to what may unfold. One is whether Putin is the moving force behind the actions of the Belarusian president, Alexander Lukashenko. Russia has held joint military exercises with Belarusian troops near the border and flown nuclear-capable bombers in the area while the border crisis escalated.

The US secretary of state, Antony Blinken, has tweeted that a manufactured migrant crisis was a deliberate attempt “to threaten security, sow division and distract from Russia’s activities on the border with Ukraine”.

According to the French president’s advisors, Emmanuel Macron has told Putin in a telephone call that Nato would be prepared to defend, if necessary, the sovereignty of Ukraine.

The claims of plotting aggression have been denied by Putin. The Kremlin spokesperson Dmitry Peskov insists that it was “ simply wrong” to say that the standoff between Belarus and Poland was to move the spotlight from Russian troop movements and pointed to the “provocation” of Western manoeuvres in the Black Sea.

The Russians are not the only ones accused of a threatening troop build-up. The Belarusian government has argued that control of migrants did not warrant Poland sending 15,000 police and soldiers along with tanks and anti-aircraft artillery, to the Belarusian border.

Poland has refused offers of help from the European Union’s border agency, Frontex, while declaring a state of emergency over the migrants. The rejection of Frontex comes while the right-wing government in Warsaw has been locked in a series of acrimonious confrontations with Brussels.

This is seen as an opportunity for Brexit Britain to step in.

But the combative stance in Poland and Ukraine also raises the risk of being drawn into a situation of growing uncertainty leading to strife, of being caught up in the law of unintended consequences, which has led to deadly conflicts in the past.

US to resume talks with Taliban in Qatar: State Department