AN ex-Navy SEAL dubbed the “toughest man alive” after completing insane feats of ultra-fitness pins his success to a brutal workout regime.

The American’s day-to-day exercise schedule would leave most exhausted just thinking about it.

Each morning, David wakes up at 3am and begins his day with an impressive 20 mile run – all before the sun rises.

By the time David finishes his first workout, he’s ready to bike 20 miles to his work, according to SportsKeeda. 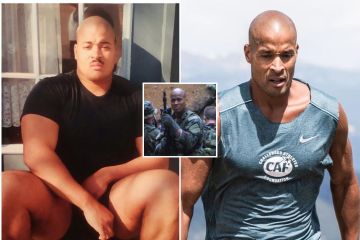 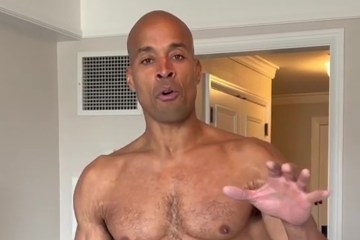 David apparently keeps going until he collapses in each workout, pushing his muscles to the limit each time.

In an interview with Art of Charm, David said: “Obstacles is how you grow. You must continue to have friction.

“Friction is where growth is at. With no friction, there’s no growth.”

Most people would think a workout of that magnitude is enough to get fit, but Goggins’ diet is even more strict.

When David decided to get fit, he undertook an extreme diet, cutting almost 2000 calories out of his diet per day.

He often used protein-rich foods such as chicken breast, fish and lean steak to bulk up his muscles while dropping weight quickly.

He sticks to a split of 40 per cent protein, 40 per cent healthy fats, and 20 per cent carbohydrates to stay balanced.

What helped David lose weight effectively and keep it off was his method of intermittent fasting, which saw him eating only after his morning workouts.

David claims the workouts done on an empty stomach allow him to “burn the stored fat in his body” rather than the energy from a meal.

David’s grit and work ethic came from humble beginnings when he was born in 1975.

He lived in Buffalo, New York with mum Jackie and dad Trunnis, spending his childhood working with his father before joining the military after high school.

The ex-Navy SEAL began his extreme diets and workout routines after he hit rock bottom in his early twenties.

After being honourably discharged after four years of service, David found himself working a dead end job and weighing almost 300 pounds.

Everything changed one day when he saw a programme on television about Navy SEAL training – and he became determined to join the elite force.

David managed to lose 106 pounds in only three months, allowing him to qualify for the force, where he passed three “Hell Weeks” of training.

He went on to serve as a Navy SEAL in the Iraq War, before retiring years later.

After retiring, David decided to embark on a new challenge: ultra running of long distances.

By running, he began raising money for the families of his fellow Navy SEALs who died in an Afghanistan military operation.

He attributes much of his success in life to his vigorous health regime – and doesn’t plan to stop anytime soon.

In an interview with Youtuber Tom Bilyeu, he said: “I’m training my mind, and my body, and my spirit, so it’s all one, so I can handle what life is gonna throw at me.

“Because the life I’ve lived, it throws a whole bunch at you. And if you’re not physically and mentally prepared for that, you’re just going to crumble. And you’re good for nobody.”

Dnipro attack devastates the soul of a nation

Two Brit aid volunteers, 28 and 48, missing in Ukraine after vanishing on wartorn frontline in Donetsk