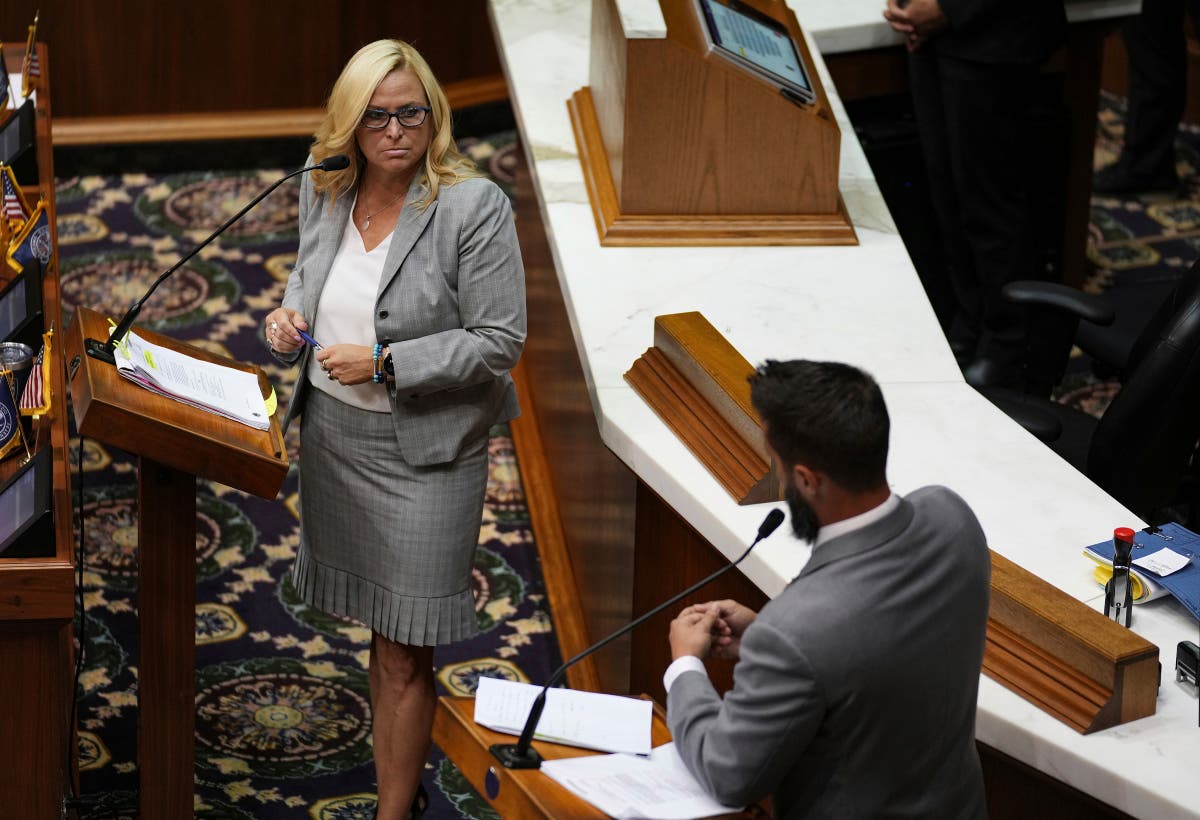 The Indiana House on Friday passed a bill that would ban nearly all abortions in the state, sending the legislation back to the state Senate to confer on House changes.

House members advanced the near-total abortion ban 62-38 with limited exceptions, including in cases of rape and incest, and to protect the life and physical health of the mother.

The measure now goes to the Senate. If approved as is, Indiana lawmakers will become the first in the nation to pass new legislation restricting access to abortions since the U.S. Supreme Court’s ruling in June removing its protected status as a constitutional right. The measure then would go to Gov. Eric Holcomb, who has not indicated whether he would sign it.

Republican Rep. Wendy McNamara of Evansville, who sponsored the bill, said the legislation “reflects an understanding that this is one of the most difficult and contentious issues of our lifetime.”

Outside the House chamber Friday, abortion-rights activists chanted over lawmakers’ remarks, carrying signs like “Roe roe roe your vote” and “Build this wall” between church and state. Some House Democrats wore blazers over pink “Bans Off Our Bodies” T-shirts.

The House version of the ban added exceptions for protecting the health and life of the mother after frequent requests from doctors and others who testified last week before a Senate committee. It also allows abortions if a fetus is diagnosed with a lethal anomaly.

The bill additionally removes the Senate-approved time frames based on age for abortions in cases of rape or incest — up to 12 weeks for those under 16 and eight weeks for those 16 and older. It instead creates a blanket ban after 10 weeks post-fertilization on abortions in cases of rape and incest. Victims would not be required to sign a notarized affidavit attesting to an attack.

Friday’s vote came about one week after the Republican-controlled Senate narrowly passed its ban with similar measures. State senators could consider the House-endorsed abortion ban Friday afternoon, when further changes are possible.

House and Senate legislators listened to hours of testimony over the past two weeks, when residents on all sides of the issue rarely, if ever, supported the legislation. Opposition from abortion-rights supporters said the bill goes too far while anti-abortion activists expressed it doesn’t go far enough.

Indiana was among the first Republican-run state legislatures to debate tighter abortion laws after the U.S. Supreme Court overturned Roe v. Wade. The proposed ban also came after the political firestorm over a 10-year-old rape victim who traveled to the state from neighboring Ohio to end her pregnancy. The case gained wide attention when an Indianapolis doctor said the child came to Indiana because of Ohio’s “fetal heartbeat” ban.

Democratic Rep. Maureen Bauer spoke tearfully about the people in her South Bend district who oppose the bill — the husbands standing behind their wives, the fathers supporting their daughters — as well as the women “who are demanding that we are seen as equal.”

“You may not have thought that these women would show up,” Bauer said. “Maybe you thought we wouldn’t be paying attention.”

West Virginia legislators on July 29 passed up the chance to be the first state with a unified ban after its House of Delegates refused to concur with Senate amendments that removed criminal penalties for physicians who perform illegal abortions. Delegates instead asked for a conference committee to consider the details between the bills.

The debates come amid an evolving landscape of abortion politics across the country as Republicans face party divisions and Democrats see a possible election-year boost.

The Indiana House vote further illustrated a deeply divided chamber, which formerly defeated an amendment that would have removed exceptions for rape and incest. A majority of GOP members wanted their removal.

The House vote and lawmakers’ discussions displayed a similar division seen in the Senate over those same exceptions, which remained in the Senate bill when an attempt among senators last week failed.

Arleigh Rodgers is a corps member for the Associated Press/Report for America Statehouse News Initiative. Report for America is a nonprofit national service program that places journalists in local newsrooms to report on undercovered issues. Follow her on Twitter at https://twitter.com/arleighrodgers

Find AP’s full coverage of the overturning of Roe v. Wade at: https://apnews.com/hub/abortion