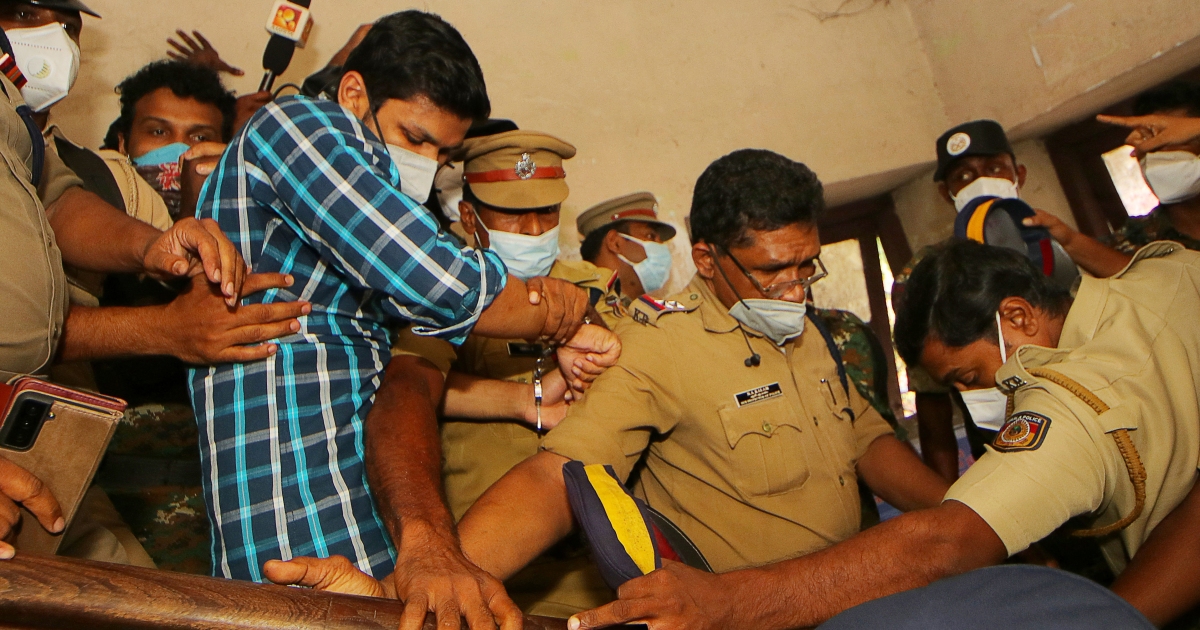 Man convicted for murdering wife by making a cobra bite her while she was sleeping handed the rare punishment by Kerala court.

An Indian man who used a cobra and a viper to murder his wife has been handed a double life sentence in what prosecutors have called the “rarest of rare” cases.

Sooraj Kumar, 28, set loose a highly venomous Russell’s viper snake on his wife Uthra that left her in hospital for almost two months, prosecutors in the southern Kerala state said.

While she recovered at her parents’ house, he obtained a cobra from a snake handler and threw it at his sleeping wife. Its poisonous bite killed the 25-year-old woman in May 2020.

Kumar was arrested from his home last year after Uthra’s parents raised suspicions, alleging that their daughter was being harassed for more dowry. The woman’s parents said Kumar tried to take control of her property after the death.

On Monday, a court in Kerala’s Kollam district held Kumar guilty of murder and poisoning his wife, and of making an earlier attempt to kill her using a Russell’s viper.

Judge M Manoj sentenced the convict on Wednesday to two consecutive life sentences, but did not accept the prosecution demand for capital punishment considering his age and opportunity to reform, local media reported.

Kumar pleaded not guilty but police said his phone records showed he was in touch with snake handlers and had watched snake videos on the internet before the killing in March last year in Kollam.

Kumar stayed in the room with Uthra after the cobra bit her and went about his morning routine the next day when alerted by the woman’s mother, prosecutors said.

“The mode of execution and the diabolic plan of the accused to murder Uthra, his wife who was bedridden, makes it [the case] fall into the category of rarest of rare,” said the public prosecutor, who had sought the death penalty.

Snake handler Vava Suresh said it was possible that Kumar had “inflicted pain on the reptile to provoke it to bite”, the Hindustan Times newspaper quoted him as saying.

Uthra was from an affluent family but her husband, a bank worker, was not well off. Their marriage involved a big dowry including a new car and 500,000 rupees (about $6,640).

According to media reports, Kumar’s family was charged with conspiracy after some of Uthra’s gold was found buried near his home days after the murder.

India’s Supreme Court recently warned about a trend of snakebite murders as it denied bail to a woman and her “lover” accused of using a cobra to kill her mother-in-law in the northern state of Rajasthan in 2019.

The biggest challenge in the Kerala case was to prove that the snakebite was homicidal, prosecutor G Mohanraj said, adding that the court was presented with a test that showed the difference between natural and induced bite marks.

Two defendants were acquitted by courts in similar cases in recent years after prosecutions failed to prove that poisonous snakes were used as a “murder weapon”, The Hindu newspaper reported.