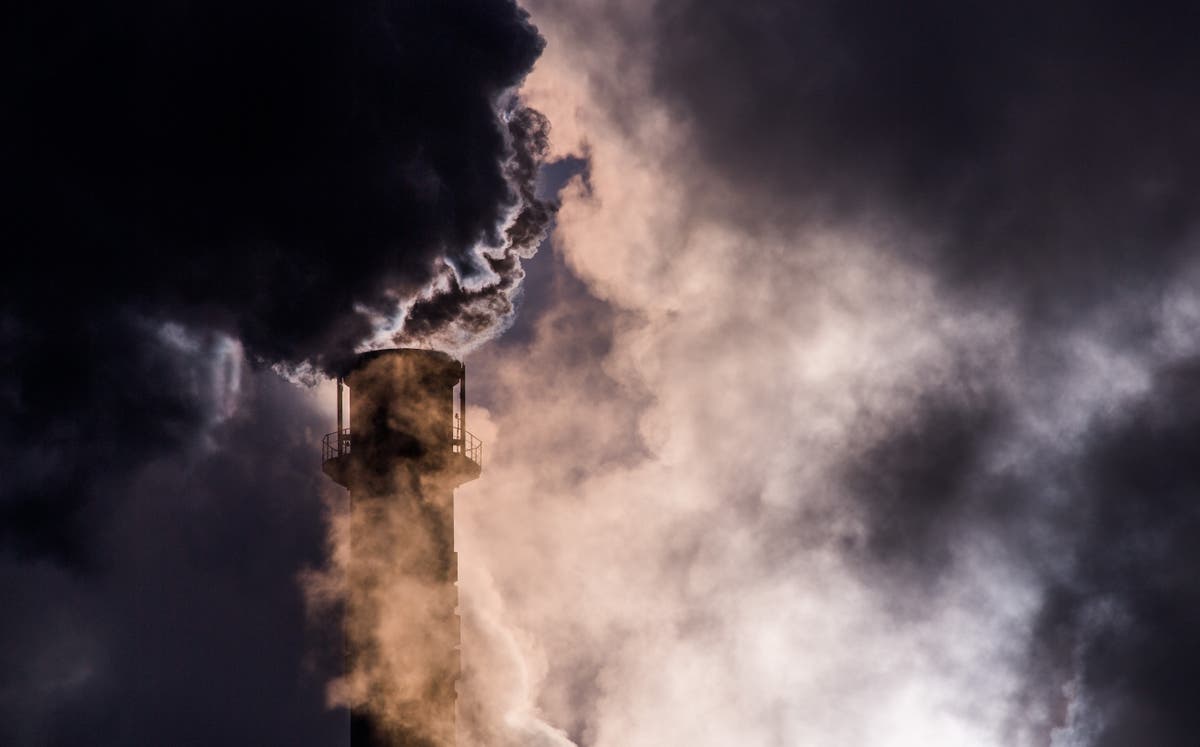 India’s energy minister has pushed to reframe the global climate debate by demanding that richer countries are held responsible for their historic carbon emissions, as he labelled a recent spate of net-zero emission targets “pie in the sky” ambitions.

Speaking at a virtual gathering of the International Energy Agency, Raj Kumar Singh said the richer countries that make up as much as 80 per cent of the world’s carbon budget should work towards proactively sucking more carbon out of the air than they put in.

He called upon developed nations like the US, the UK and others to adopt a “net negative” carbon emission target instead of the “net zero” many have pledged to achieve. He also argued that the burden to reach net-zero emissions shouldn’t fall on developing countries like India, because they have to develop first.

Net-zero refers to the achievement of carbon neutrality – a country (or company) balancing out the amount of greenhouse gasses it emits into the environment by removing an equivalent volume, for instance through the planting of trees and other carbon capture methods.

Net-negative would mean removing more carbon dioxide and other gases from the atmosphere than the volume emitted. Currently, no country in the world except Bhutan is considered to have net-negative emissions.

The minister, who handles both the ministries of power and of new and renewable energy in the Narendra Modi-led government, said the calculation of the burden on countries should depend upon the total impact they have had, including historically.

Sign up for news and advice on saving the planet

“You have countries whose per capita emissions are four times, five times, six times, 12 times the world average,” Mr Singh said during a panel discussion last week with China’s energy minister Zhang Jianhua, US climate envoy John Kerry and the EU’s Frans Timmermans, which have all backed net zero goals.

Mr Singh said that developing countries still need to work towards their own growth first.

“That development will require consumption of steel in huge quantities. That development will require consumption of cement in huge quantities. They also want to build skyscrapers. They also want a higher standard of living for their people,” he said. “And you can’t stop it because you have already occupied so much carbon space.”

India has been consistent with its stance that richer, developed countries should do more on the climate front. Earlier this year, India’s environment and climate change minister Prakash Javadekar also called for developing countries to be given more leeway with emissions so they are not deprived of their right to grow.

The EU climate minister took issue with Mr Singh’s remarks in the conference, saying that developing countries that needed electricity could go straight to renewable power.

“There is no need to hugely increase your carbon footprint, to get to the levels of wellbeing and wealth that you want for your population,” Mr Timmermans said at the IEA event, which was co-hosted by the UK”s COP26 president Alok Sharma. “There is a possibility to do it in a better way.”

Until recently, reports suggested the Modi government was considering setting a net zero goal for 2050 or even 2047, which would see it beat neighbour China and be on a par with the US. But there seems to have since been a change of heart, and earlier last week government sources told Reuters that such a commitment is now unlikely.

The government has instead focussed on an existing pledge to reduce emissions intensity by 33 per cent by 2030.

A range of major carbon-producing countries, that are also the world’s biggest economies, like the US, the UK, Japan and the EU, have signed up to the idea of net zero. Last September, China said it would get there by 2060.

And experts said India should not allow even legitimate concerns about the need to boost spending on infrastructure development to postpone its efforts to control environmental impact.

“Given its own domestic imperatives, India needs to adopt a slightly progressive stand,” said Aarti Khosla, director of Climate Trends, a Delhi-based consultancy. “If India were to continue taking the stand that because the Western world acted late, therefore we will also act late, I think we will miss an opportunity.

“When action is urgent, it’s also time sensitive,” she said.

India is currently the world’s third largest emitter of greenhouse gases, and with its ambitions for development these emissions could double by the middle of the century, models suggest.

Studies also show the country will be one of the hardest hit by the impacts of a warming planet, with the melting Himalayan glaciers already having unpredictable and devastating impacts and air pollution in northern India killing nearly 1.7 million people in 2019.

“India does not have its homework done, doesn’t have a date for when the emissions would peak, which will be essential before committing to net zero,” said Ms Khosla.

A new study by Delhi-based Council on Energy, Environment and Water (CEEW) suggests India should not wait until 2050 to peak its emissions.

“Postponing peaking and net-zero years will increase India’s climate impact, which needs to be minimised to the extent possible,” the research says.

It suggests India should instead “invest in technologies that can reduce energy intensity and emission intensity, and would need international support to pursue a more aggressive route to decarbonisation”.

Derek Chauvin: Will he take the stand and what is he charged with?