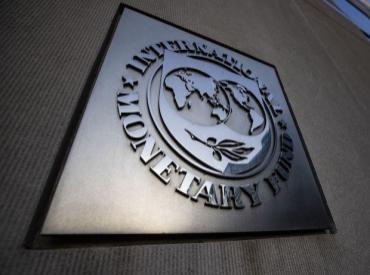 According to an IMF announcement, Srinivasan will succeed Changyong Rhee whose retirement from the Fund was announced on March 23.

“Krishna is a highly regarded member of our Fund family and has made many important and innovative contributions to our mission throughout his career at the Fund,” Georgieva said.

Srinivasan, an Indian national, has more than 27 years of Fund experience, starting in 1994 in the Economist Program. He is currently a Deputy Director in APD where he oversees the department’s surveillance work on a number of large and systemically important countries such as China and Korea, and smaller states in the Pacific such as Fiji and Vanuatu.

“This range of work and experiences is reflective of his career during which he has worked on the full spectrum of the Fund’s membership from low-income countries, to emerging markets, and advanced economies,” she said.

Georgieva said over the years, he has built an outstanding reputation as a first-rate collaborator and trusted advisor in his relationships with Fund colleagues and country authorities alike.

“He is known for fostering an open dialogue as the way to building strong relationships and achieving traction with country authorities. Krishna has also helped to nurture the careers of many Fund staff as a coach and mentor. As Director, I know that he will continue to provide excellent leadership and advice to our membership and to staff within and outside APD, Georgieva stated.

“He has made his mark as a strategic thinker, innovator, and people manager. In fact, he was one of the first managers to receive the Fund’s Excellence in Leadership Award when it was inaugurated in 2010. That same year, he was also one of the first to receive the Fund’s Award for Extraordinary Effort, which speaks to Krishna’s willingness to go above and beyond to ensure that the Fund is providing the best service to its membership,” she added.

Prior to joining the Fund, Srinivasan was an Assistant Professor of Economics and International Finance at Indiana-Purdue University and a consultant at the World Bank in DC and the Center for Policy Research and Planning Commission in New Delhi.

His wide research on Asia, Latin America, and the Caribbean, and on climate and other economic and development issues has appeared in books, academic journals, and media publications.

Probe announced into Keir Starmer over declarations of outside earnings