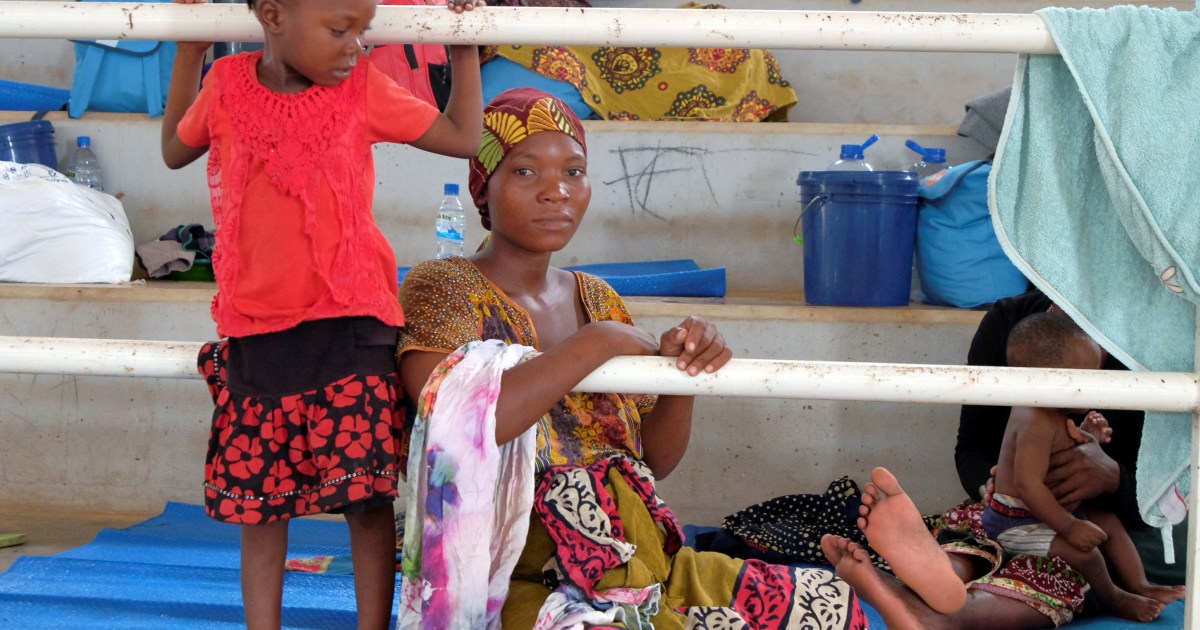 Halima Adhu Jose is still struggling to get over the horror she experienced two weeks ago when she escaped Palma, a town in Mozambique’s far northern Cabo Delgado province.

Rampaging gunmen on March 24 launched an attack on the coastal town, firing indiscriminately, setting fire to buildings and killing dozens of people, according to government officials.

The assault sent residents scattering in a desperate attempt to reach safety by whatever means possible: on foot, by road and boat. Jose, her husband and their two young children did the same, fleeing with just the clothes they were wearing and a few things for their children.

“We had to run away in the night and hide in the bush for two days with nothing, nothing at all,” Jose told on the phone from Pemba, the provincial capital further south where thousands of displaced people have streamed into.

“We managed to come with the boats, but now we aren’t able to get enough to eat. My children are hungry and I have nothing to give,” said the 32-year-old, who was a food vendor in Palma.

“I don’t know how long we can continue to live with nothing.”

Jose’s grim situation resonates with thousands of others sheltering in displacement camps with limited food supplies across Cabo Delgado, where an armed group known locally as al-Shabab has plundered villages and towns since 2017.

The coordinated attack on Palma, a town of more than 70,000 residents, marked the biggest escalation in a violent campaign that has so left more than 2,600 people dead and more than 700,000 displaced.

The resurgence in violence is deepening the region’s major humanitarian crisis that has been exacerbated by climate-fuelled disasters, sparking warnings that hunger and insecurity in northern Mozambique are reaching the tipping point.

Although the Mozambican army now says it is “completely” in control of Palma after killing a “significant” number of fighters, the town’s residents – as well as the tens of thousands of already internally displaced people who had sought shelter there – are too afraid to return.

“People are fleeing in every direction to get to safety; they want to find food and water,” Shelley Thakar, spokesperson for the World Food Programme in Pemba, told Al Jazeera.

On limited resources, the United Nations agency is trying to provide emergency support to those displaced, most of whom are women and children.

Thakar said many vulnerable people were still arriving in other districts such as Nangade, Montepuez and Mueda, fleeing insecurity and in need of food.

“WFP will continue to provide assistance and try to get to those that are in areas that are hardest to access so we make sure that we don’t miss anybody,” she said, issuing an urgent appeal for assistance.

“We need … everything possible to assist young mothers and young children as these are the majority of people who are displaced. This is a critical cohort and we need to be able to provide for them. We need money and we need resources.”

Only one percent of the UN’s $250m humanitarian appeal plan for Cabo Delgado in 2021 has so far been funded. The region is still reeling from the aftershocks of 2019’s Cyclone Kenneth which left more than 370,000 people in need of aid followed by a season of the El Nino induced drought in 2019-2020.

As a result of climate change, disruptions in agricultural and fishing activities due to violence and coronavirus-related restrictions, some 950,000 people in Cabo Delgado are considered food insecure – and the recent wave of violence has worsened the already dire situation.

Analysts fear the attack on Palma could be a precursor to greater instability spreading throughout the restive northern region, making life for civilians even harder.

Far from the displaced, the government of Mozambique on Thursday will convene regional emergency talks in the capital, Maputo, that will be attended by the leaders of Botswana, Malawi, South Africa, Tanzania and Zimbabwe.

But back in Cabo Delgado, desperation only grows.

Jose’s husband, a fisherman, has been trying to contact relatives on Matemo Island in northern Mozambique to stay with them – but she dreads the hardship that comes with displacement.

“If we go to Matemo, it will be good for my children, but even there, the life is not easy,” she says. “How will we start from nothing?”

White House responds to fury over Kamala Harris bakery stop: She got a snack – I think she’s allowed to do that