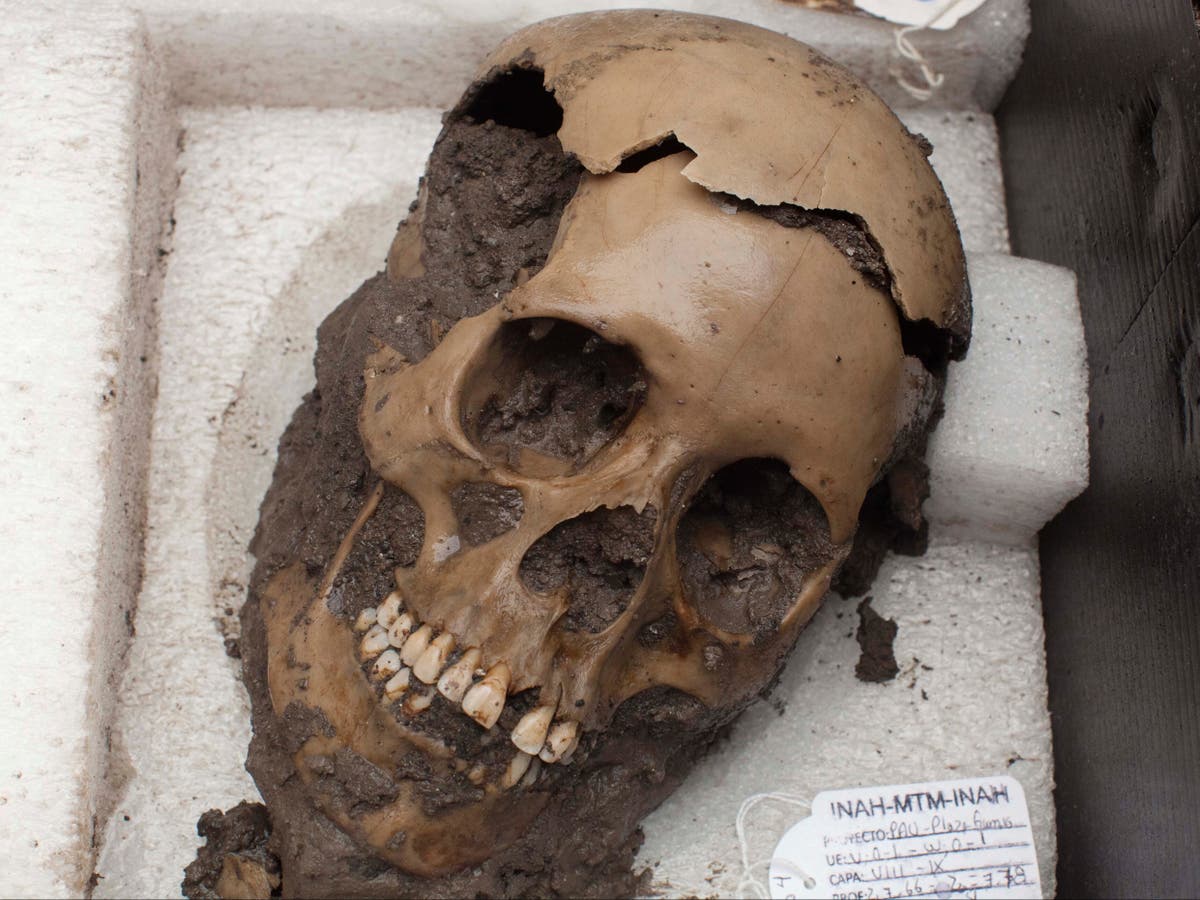 Hundreds of skulls discovered in Mexico’s southern Chiapas state a decade ago are actually sacrificial victims killed a thousand years ago, authorities have said.

The skulls, which were found in a cave not far from the Mexican border with Guatemala, were believed to be from a violent crime when they were unearthed in 2012, but are in fact from a pre-Aztec culture, authorities said on Wednesday.

Mexico’s National Institute of Anthropology and History (INAH) said in a statement that the skulls could be dated to between  AD900 and 1200, and that the individuals were part of a sacrificial ritual. The ceremony would have involved decapitating the individuals.

Although not strung by the common practice among the Aztecs and other cultures – with a hole bashed through either side of their heads – experts say the cave skulls may have rested atop poles, rather than being strung on them.

Spanish conquistadors, who arrived in the Americas in the 1500s, also reported seeing such racks and according to records, even had their skulls placed on them.

The announcement on Wednesday came after a decade of tests and analysis carried out by archaeologists in Mexico City and the Chiapas state capitol, who were handed the skulls by local police.

Chiapas, a state in southern, is well known for violent crime and immigrant trafficking that occurs along the border, leading authorities to make the assumption about crime.

The hoard was originally handed to police in the border town of Frontera Comalapa in southern Chiapas state, and were eventually transferred to Tuxtla Gutierrez, the state capitol, where investigators were also unable to work out who was behind the alleged crime. They were then sent to Mexico City

“Believing they were looking at a crime scene, investigators collected the bones and started examining them in Tuxtla Gutierrez,” the Chiapas state capital, the INAH said.

Most of the skulls were of women, and none had teeth.

“When people find something that could be in an archaeological context, don’t touch it and notify local authorities or directly the INAH,” said an archaeologist Javier Montes de Paz.

Additional reporting by The Associated Press.

Lawmakers, rights groups urge US to condition aid to Tunisia

Ted Cruz complains about Pete Davidson getting ‘all these hot women’