A huge blast has hit a mosque in the Afghanistan capital of Kabul – killing at least 10 and wounding dozens more, officials have said.

The explosion is understood to have hit the Khalifa Sahib Mosque in western Kabul at around 2pm local time.

Hundreds of worshippers had packed into the mosque for prayers on the last Friday of the Muslim holy month of Ramadan – with residents fearing the casualty toll could rise further due to the large crowds there.

Mohammad Nafi Takor, the Taliban-appointed interior ministry spokesman, said Taliban security men had cordoned off the area but could not provide any further details.

No one has yet claimed responsibility for the attack and the source of the explosion remains unknown.

Residents said that the explosion was so powerful and loud that the neighbourhood of the mosque shook from the blast.

One man, who was inside the mosque at the time, told Reuters news agency that a huge blast tore through the building during prayers, with the explosion burning his hands and feet.

Mohammad Sabir, a resident in the area, said he had seen people being loaded into ambulances after the explosion.

“The blast was very loud, I thought my eardrums were cracked,” he said.

Meanwhile, a nurse at a nearby hospital who declined to be named said they had received several injured people in critical condition from the attack.

Ambulances quickly arrived at the scene after driving up to the end of a narrow street in an eastern neighbourhood of Kabul to reach the mosque, which belongs to Afghanistan’s majority Sunni Muslims.

The incident came amidst a relentless spate of attacks across the country throughout Ramadan.

Last week, 33 Shiite worshippers were killed in the northern city of Mazar-e-Sharif when a bomb struck their mosque and an adjacent religious school. IS has claimed responsibility for that attack.

It comes as Afghanistan grapples with a rise in attacks by Islamic State following the withdrawal of foreign forces last August. 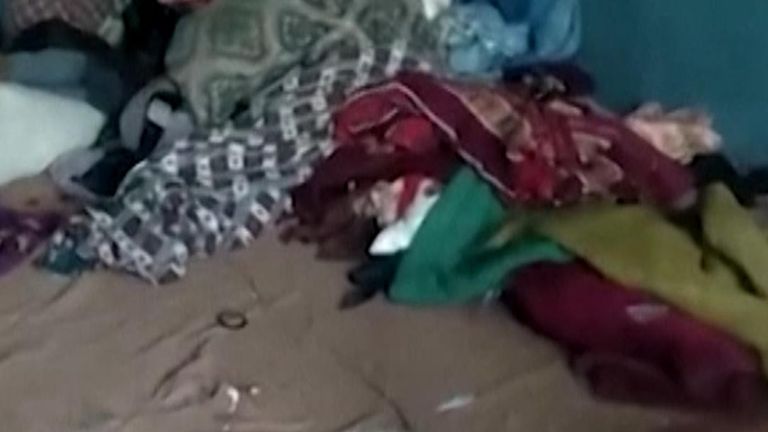 “The bombs were placed inside the vans; due to those blasts nine have been killed and 13 injured,” Mohammad Asif Wazeri, spokesman of Mazar-e-Sharif’s commander told Reuters news agency.

He added that the public transport vans were operated and used by the local Shiite community.