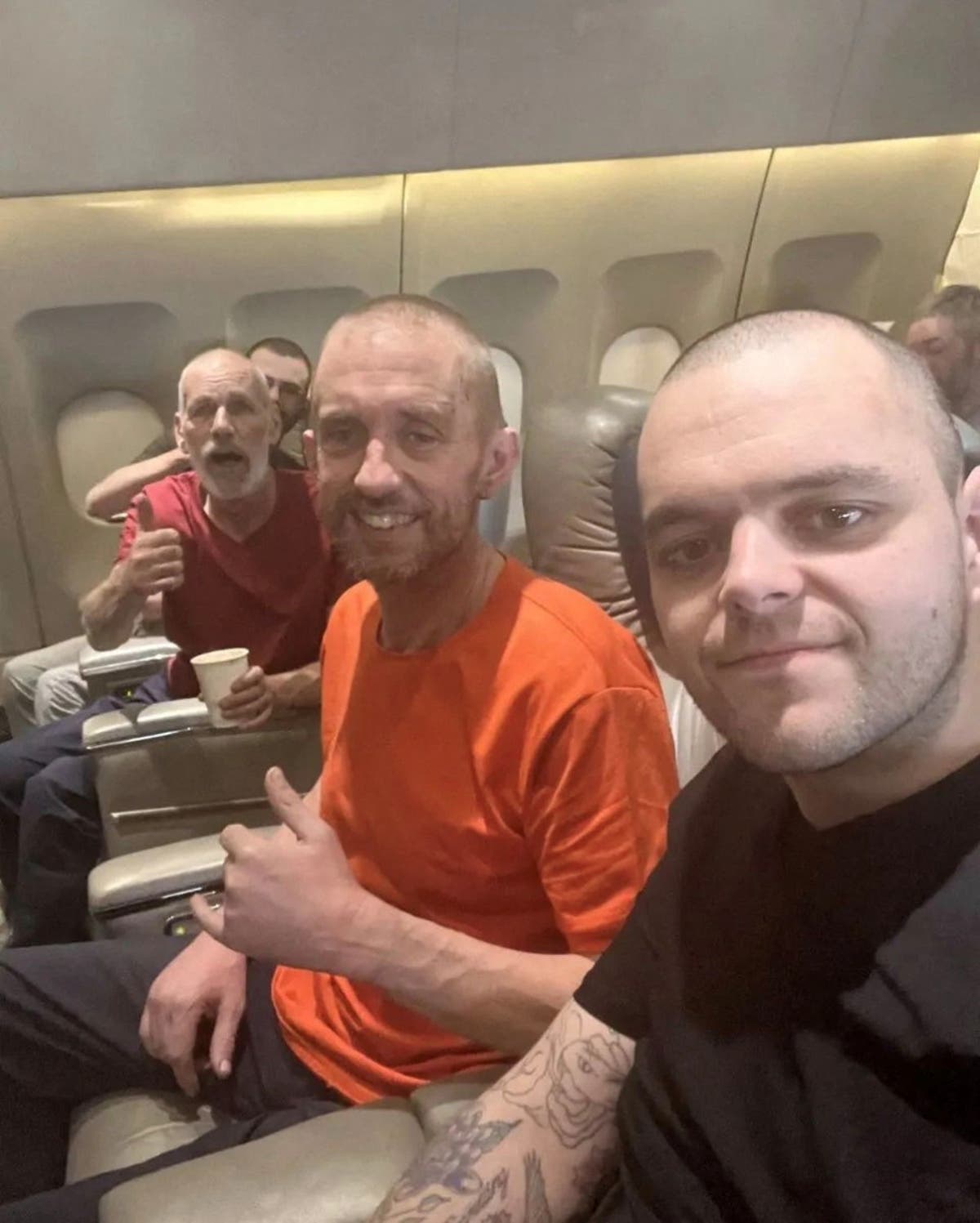 Months of secret international negotiations lay behind the release of captured British and Ukrainian fighters, during which a key demand by Moscow was the release by Kyiv of Vladimir Putin’s friend Viktor Medvedchuk.

Saudi officials claimed that the kingdom’s crown prince personally played a part in brokering the prisoner exchange. “It was in continuation of [his] commitment to the humanitarian initiatives towards the Russian-Ukrainian crisis,” said the foreign ministry in Jeddah. Ukrainian and Western diplomatic officials confirm Mohammed bin Salman did indeed intercede with President Putin on the issue in a number of telephone calls.

Recep Tayyip Erdogan was also involved in facilitating the deal, it is believed. Turkey’s president spoke of a possible exchange on Tuesday after meeting Mr Putin at a summit in Uzbekistan.

Five Britons – Aiden Aslin, Shaun Pinner, John Harding, Dylan Healy and Andrew Hill – some of whom had faced execution, are now back in the UK. They were freed along with Brahim Saadoun, a Moroccan, two Americans, Alexander Drueke and Andy Huynh, a Swede,  Mathias Gustafsson and Croatian, Vjekoslav Prebeg.

Also released were more than 200 fighters from the Azov Battalion captured following the siege of Mariupol after making their last stand at the Azovstal steelworks in the shattered city.

In return, Moscow received 55 prisoners, including Mr Medvedchuk, an oligarch under arrest on charges of treason in Ukraine. Kyiv insists none of the Russians handed over are suspected of war crimes.

The Independent disclosed three months ago how the Kremlin had begun a campaign to swap Mr Aslin and Mr Pinner for Mr Medvedchuk. The pair appeared on the state-run Rossiya 24 channel asking then prime minister Boris Johnson to get them home in exchange for the oligarch.

In the footage, the two prisoners could be seen watching a video of Mr Medvedchuk’s wife Oksana making a similar appeal. Mr Aslin says to the camera: “We look to exchange myself and Aiden Aslin for Mr Medvedchuk. Obviously, I would really appreciate your help on this matter.”

Putin is the godfather to Mr Medvedchuk’s daughter Daria and the friendship between the two men goes back two decades during which time the two men holidayed together.

After Mr Medvedchuk was accused of treason and placed under house arrest, and his television station seized by authorities, Putin delivered one of his most aggressive condemnations of  Volodymyr Zelensky’s government, accusing it of turning “slowly but steadily into an antipode of Russia, an anti-Russia”.

At the time, Mr Aslin and Mr Pinner were being tried in the separatist Donetsk People’s Republic (DNR) where they were accused of being mercenaries despite serving as members of Ukraine’s armed forces. They were later convicted of terrorism in a trial held mostly in secret.

After being freed, the two were flown, along with the other Britons, to Saudi Arabia en route to the UK. During the flight Mr Aslin posted a video in which he said, with Mr Pinner beside him: “We just want to let everybody know we are out of the danger zone … By the skin of our teeth.”

Britain at first said it was liaising with Ukraine to secure their release. However, according to diplomatic and security officials, approaches were also made to a number of other allied governments that had maintained working relations with Moscow after the war started, including Saudi Arabia.

“Obviously, all channels had to be utilised,” said a Western official. “After Mariupol, what happened to the Azov prisoners also became a big issue of course. The Zelensky government had received some criticism for not pulling them [the troops] out in time and they really focused on getting them back home.

“It became pretty clear that exchanges would involve the Azov guys as well as the international volunteers being held in the DNR.”

The Western official added: “It also became very clear that the Russians were very keen to get Medvedchuk as part of any agreement, they were pretty adamant. It seemed Putin felt he had a duty to get him out. There was a lot of discussion in Kyiv about this. They obviously saw him as a major bargaining tool.”

Liz Truss, as foreign secretary, had said in the early days of the war she backed Britons going to Ukraine to fight the Russians – a view contradicted by the Foreign Office, which on its website said those who travel to eastern Ukraine to “fight, or assist others engaged in the conflict” could be prosecuted on their return to Britain.

Ms Truss, now prime minister and in New York for the annual meeting of the UN General Assembly, tweeted on Wednesday: “Hugely welcome news that five British nationals held by Russian-backed proxies in eastern Ukraine are being safely returned, ending months of uncertainty and suffering for them and their families.”