A SADISTIC killer will stay in prison for at least another three years after he raped an eight-year-old girl in a shopping centre and left her suffocated body for her brother to find.

Dante Wyndham Arthurs was jailed for life after murdering Sofia Rodriguez-Urrutia Shu at Livingstone Market Place in Canning Vale, Australia, back in 2006.

He followed the schoolgirl from Perth, Australia, into the loos before dragging her into a toilet cubicle where he raped, beat and suffocated Sofia before fleeing, the Daily Mail reports.

The little girl had been with her siblings and uncle moments before and her brother, then 14, went to check why she was taking so long in the bathroom.

He found her naked body lying motionless on the bathroom floor following the horrific murder.

The State’s Prisoners Review Board decided to keep Arthurs behind bars for at least another three years when his non-parole period of 13 years expired in 2019. 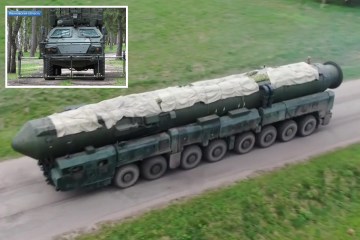 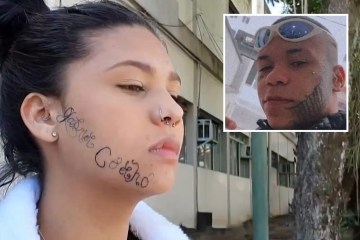 Last week, it decided he should remain locked up – adding it won’t review his parole again until 2025, The West Australian reports.

The reasons for the ruling have been kept private and Attorney-General John Quigley did not comment on the decision.

He did, however, describe Arthurs’ crime in 2019 as “one of the most shocking and brutal crimes in recent time”.

Next month will be 16 years since Arthurs, then 21, carried out his heinous murder.

Many cops and lawyers who worked on the investigation still regard the case as one of the most harrowing of their careers.

It was later revealed Arthurs stalked at least ten girls before Sofia’s murder.

His crimes resulted in homicide laws introduced in 2008 in Western Australia that give judges the power to send child killers to jail for the rest of their lives.

He was charged with sexually interfering another eight-year-old girl in the same suburb three years before the Director of Public Prosecution dropped the case due to insufficient evidence.

Sofia’s family said in a statement at the time: “Had her killer been convicted for his earlier crimes, had his name been added to a register of child sex offenders… Sofia might be alive today.”

Speaking ten years on from their daughter’s death in 2016, Sofia’s dad Gabriel Rodriguez told The Sunday Times: “Since this guy’s in jail, hopefully for as long as possible, we just keep on with our own lives.

“I wouldn’t like to see him come out, I don’t think he would make a contribution to our society.

“We did take it once and Sofia had to pay for that mistake. It’s something we have to make sure doesn’t happen again and in my mind I don’t need to have anything to do with that person. The only thing I want is him not coming out and if I can help in that I will do it.

“What happened was just unimaginable, it was the worst luck ever, but it could have happened to anybody. I think that’s why the community has felt so strongly.”