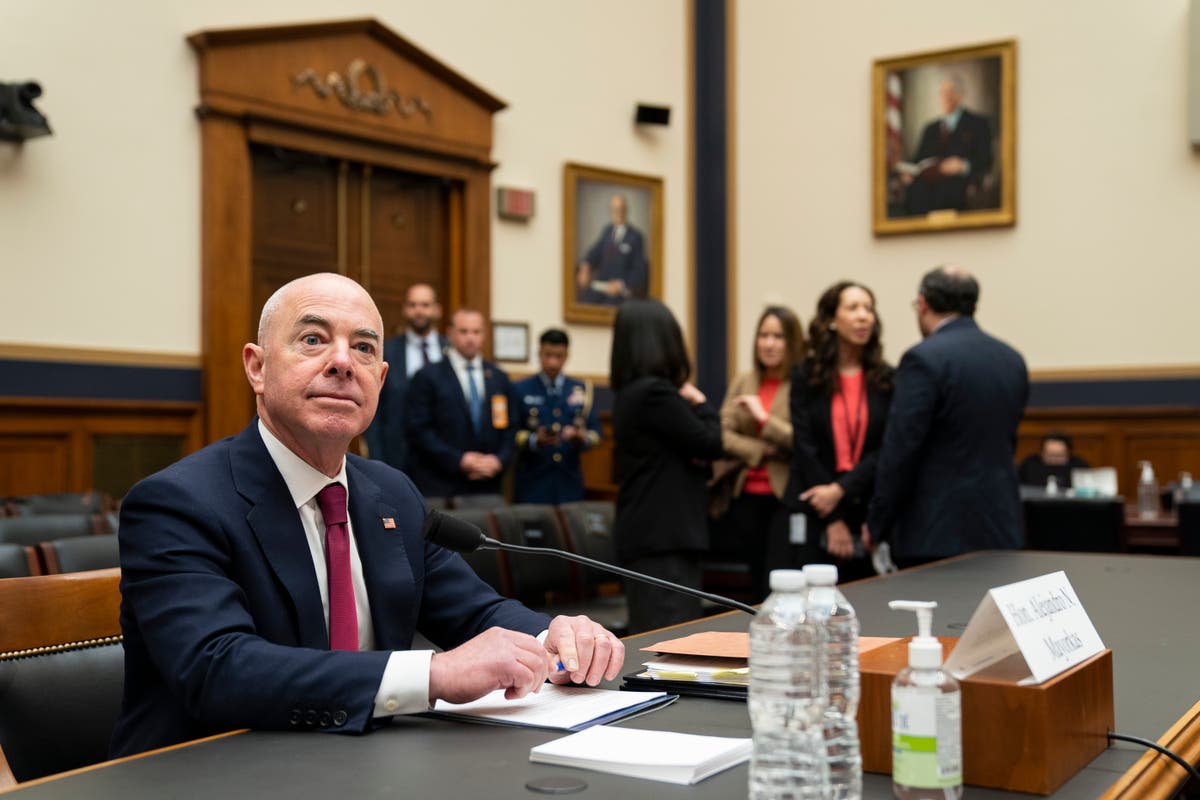 Homeland Security SecretaryAlejandro Mayorkas on Thursday was left quietly fuming while testifying before the House Judiciary Committee after a Republican member ended a five-minute rant by suggesting the former federal prosecutor is guilty of treason.

Mr Mayorkas, who was on Capitol Hill to testify before a Judiciary Committee oversight hearing for his department, spent a significant portion of his time on the receiving end of taunts and monologues by Republicans who are following a playbook laid out in a memorandum by Ranking Member Jim Jordan of Ohio.

The 60-page document, the existence of which was first reported by the New York Times, calls for GOP House members to portray the Biden administration and Mr Mayorkas as implementing “far-left” policies out of a desire to erase America’s borders and abolish all immigration laws.

But one Republican member, Rep Ken Buck of Colorado, took things far enough that the Secretary couldn’t help but respond.

Mr Buck, a staunch supporter of former president Donald Trump, accused Mr Mayorkas of preventing American children from receiving an education because of too many Spanish-speaking immigrants needing English instruction in public schools, saying he “acted intentionally to make the border less secure,” and accusing him of “intentionally causing a surge of non-white migrants to arrive at the US border by “funding organizations that work and foreign countries to encourage illegal immigrants to come to America”.

The Colorado Republican said his constituents have asked whether a GOP-controlled House will impeach Mr Mayorkas if they take control of Congress next year.

“My constituents want you impeached, because they believe you’ve committed treason — they believe you’re a traitor, they compare you to Benedict Arnold,” he said, referring to the American-born army officer who accepted a commission in the British Army after plotting to surrender the American fort at West Point.

Mr Buck noted that Americans with the last name Arnold rarely name their children Benedict as a result (in fact it does not appear on the Social Security Administration’s list of the 100 most popular baby names over the last century) and asked if Mr Mayorkas was “ashamed” for “what [he has] done to this country”.

In response, the Homeland Security secretary replied that he had “so many things” to say to Mr Buck but only a minute and 17 seconds to respond.

He added that he is “incredibly proud” of his service to the US over more than two decades, and is “immensely proud” to “work alongside the selfless, dedicated and talented” DHS workforce “in the service of the American people, to secure our homeland, to secure them and to secure our values”.