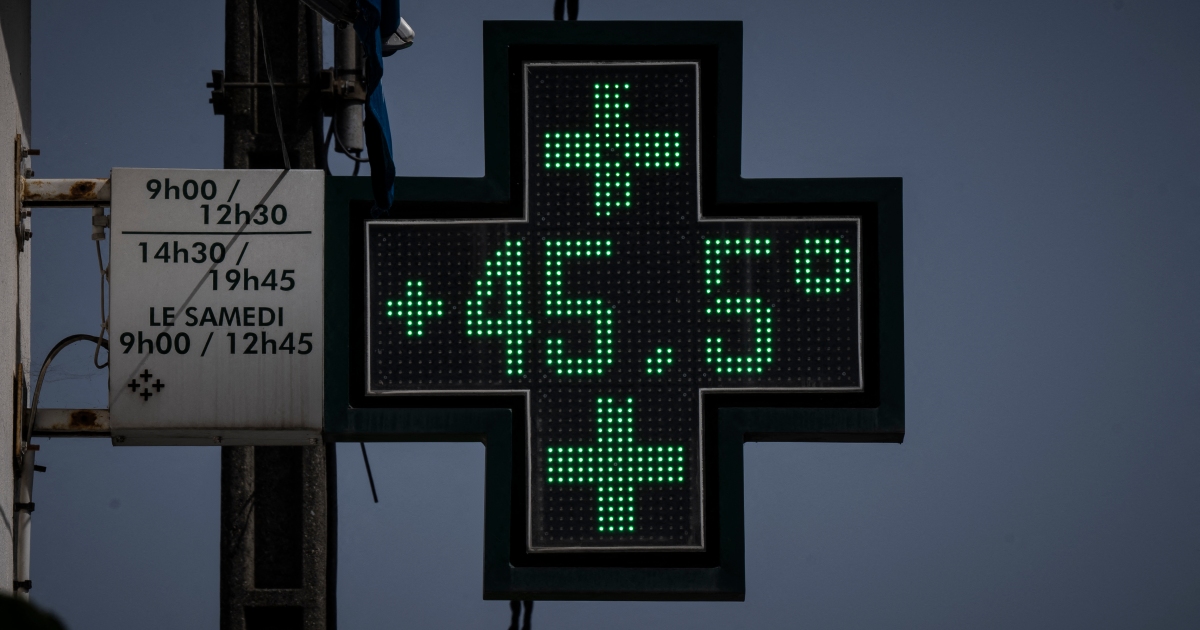 The French government has activated a crisis task force to coordinate efforts to alleviate the effects of an “historic” drought exacerbated by an extreme summer heatwave.

Authorities have already ordered water restrictions in nearly all of France’s 96 mainland departments, with 62 at the highest alert level. Meanwhile, the Meteo France weather agency has forecast little relief for the coming weeks as temperatures are expected to reach 40 degrees Celsius (104 Fahrenheit).

“This drought is the worst ever recorded in our country … the situation could persist for the next two weeks or become even worse,” the office of Prime Minister Elisabeth Borne said in a statement on Friday.

The month of July 2022 was marked by a record rainfall deficit in France with fewer than four days of rain, which is about three to 10 days fewer than the average, according to Meteo France.

A recent report from the European Commission said nearly half of the European Union is exposed to warning levels of drought.

Elsewhere, record high summer temperatures and prolonged dry weather in the United Kingdom are causing crisis-level problems for some farmers.

The UK government has so far stopped short of declaring an official drought, but the heat and lack of rainfall have put a strain on the agriculture sector.

Reporting from Suffolk, in eastern England, Al Jazeera’s Paul Brennan said the irrigation required to maintain farmland has been unprecedented, with farmers running out of water for their crops.

“The head of the UK’s Environment Agency has warned the gap between rising demand and dwindling availability is closing – a situation he described as ‘the jaws of death’.

“July’s record heatwave has now abated, but the long-term prognosis is alarming.

“Official data projects that by 2050, some of Britain’s most vulnerable rivers could have up to 80 percent less water, and summer temperatures might be more than seven degrees hotter than now,” he added.

Speaking to Al Jazeera, estate owner Andrew Blenkiron said UK farmers “are like the canary in the coal mine” when it comes to the effects of water scarcity.

“And when they are as worried as they are now, it’s a signal that the whole country needs to be concerned,” he said.