The 18-year-old’s body was found in a motel’s drain 12 days after she was pictured nearby walking alone on “death road”.

She is also seen walking to a party in the suburbs of Monterrey, and then an alarming clip shows her being chased down the street by a young man.

Debanhi is seen kicking and slapping at the man during an argument before pals intervene.

It was not clear if police believe this scuffle was relevant to the tragedy that followed in the early hours of April 9. 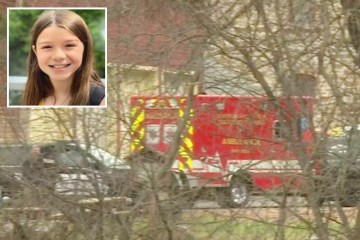 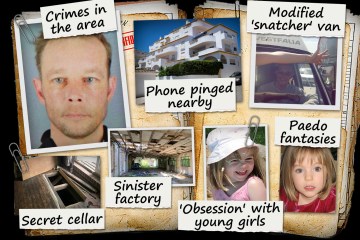 Debanhi was then seen getting a taxi home, but it dropped her off near the Nueva Castilla motel after a reported row.

Cabbie Juan David Cuellar took a photo of her walked away at 4.26am and sent it to her friends – the last known picture of her until now.

Further CCTV images released by prosecutors show her final steps in the minutes after leaving the taxi.

She is seen walking further down the road, crossing to the middle and returning to the pavement.

Debanhi kept walking and stopped outside a haulage company at 4.29am.

Another video shows the teenager running towards the motel driveway at 4.35am and looking through the door of a restaurant a minute later.

There are no surveillance cameras in the area where Debanhi was found in the motel grounds, the attorney general’s office said.

Her body was discovered lying in an open-air cistern on April 21 after a worker noticed a foul smell.

Police had searched the grounds at least four times during her 13-day disappearance – sparking disbelief and fury from her family.

It remains unknown how she ended up in the cistern, but pathologists believe she was alive when she went in.

Eduardo Villagómez, director of the state’s forensic services, said she hit her head and drowned.

“She was alive (for a moment) where she was found and there was an opportunity for her to react,” he said.

The cause of the death was a contusion to the skull, officials said.

It has not been determined if she fell or was pushed, but the case is being investigated as a homicide.

“We have to put together the puzzle with what we have and what is obtained to clarify the reason for Debanhi’s death,” said Gustavo Guerrero, the attorney general of Nuevo Leon State.

Debanhi’s father Mario Escobar is not ruling out murder and has considered exhuming her body for a second autopsy.

“In other words, we do not rule out any line of investigation. I think I am calm… because they are answering what we have talked about.”

It comes after the family accused investigators of withholding information and not taking the case seriously.

The Neuva Castilla motel had been the main focus of the investigation with dozens of volunteers, search dogs and drones meeting there every morning to plan out their search.

Distraught dad Mario blasted police as they removed her body from the scene last week.

“Thirteen days here! How many times were you here looking?” he shouted.

After a national outcry, the attorney general announced two prosecutors had been sacked from the missing persons and kidnapping unit for omitting details.

He released the CCTV images in a new push for transparency as Mexican authorities face claims of failing to tackle an epidemic of crimes against women.

Protesters marched in Mexico City and elsewhere following the discovery of the two bodies in Monterrey.

President Andres Manuel Lopez Obrador tried to reassure his people in a recent press conference, insisting that the news “shouldn’t worry” Mexicans because it “happens everywhere”.

How the Constitution teaches students to disagree civilly