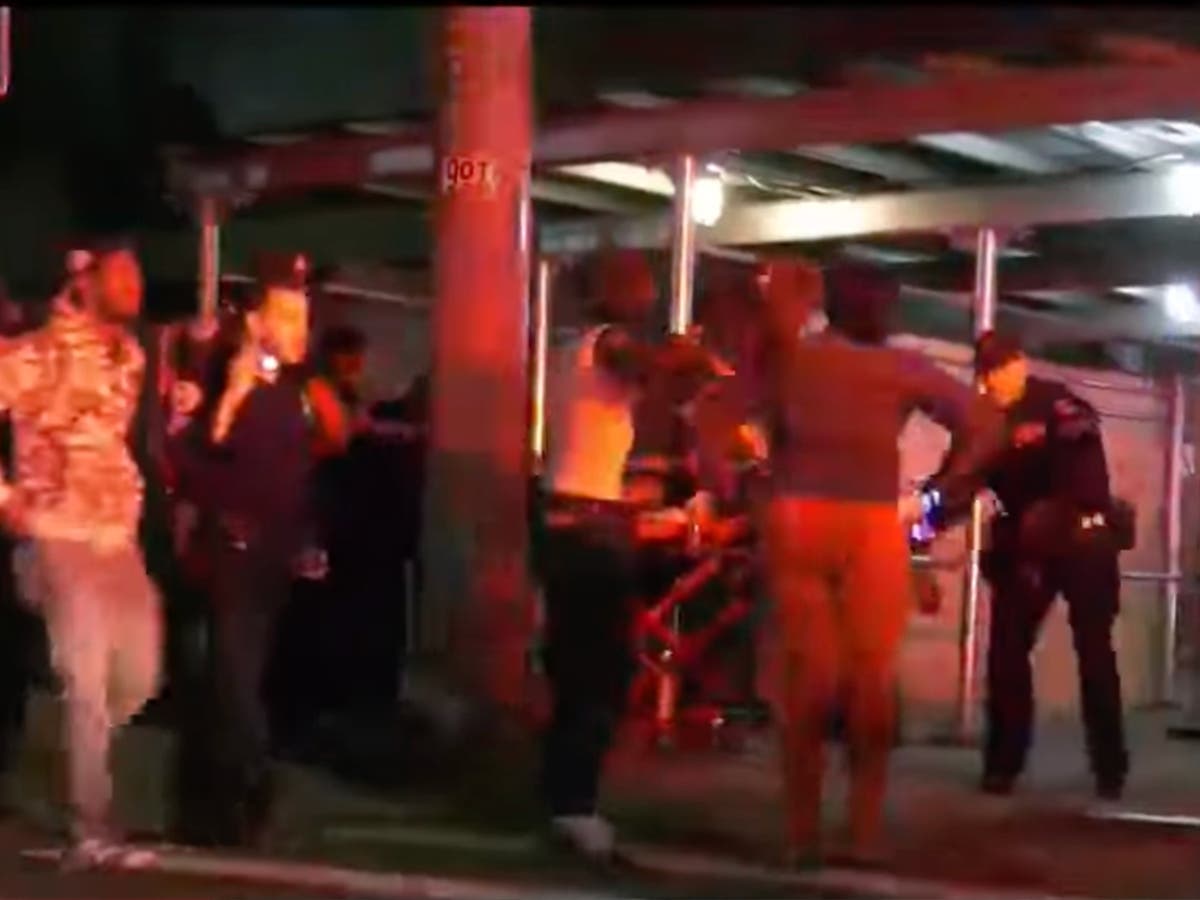 One person is dead and eight are injured after a mass shooting in Harlem, New York.

The shooting took place early on Monday morning. Seven men and two women were shot near the intersection of East 139th Street and Fifth Avenue at around 12:40am, the NYPD said.

Officers found five people shot on a footpath under the Madison Avenue Bridge, Brian McGee of the NYPD said during a press briefing.

The victims found on the footpath were taken to area hospitals by emergency first responders while the remaining four victims arrived at Harlem hospital on their own.

Police said that a 21-year-old man died of his injuries at the Lincoln Medical Center.

The eight other victims are thought to have non-life threatening injuries.

Mr McGee said that the shooting seemed to have taken place at a barbecue or social gathering.

Early on Monday, events leading up to the shooting were still under investigation.

“It’s Father’s Day weekend,” Police Commissioner Keechant Sewell told the press on Monday. “It’s a weekend where people were supposed to be able to enjoy themselves with their families.”

“The emboldened individuals responsible for this are exactly who our officers are battling every day to make our city safe,” he added, according to the New York Post.

The ages of the victims range from 21 to 42. A resident in the area told ABC7 said, “I was sitting in my living room and all I heard was sporadic shots ringing”.

“It was like, ‘Prong, prong, prong!’. And then it stopped and picked back up, ‘Brum, brum!’ You know, it was so many shots,” she added. “First I thought it was fireworks and then I thought, ‘Nah, it can’t be.’”

Several of the victims were shot in the torso but people also suffered leg wounds, as well as back and finger injuries. A handgun was found at the scene.

No arrests have been made so far and police are requesting help from the public as the investigation continues.