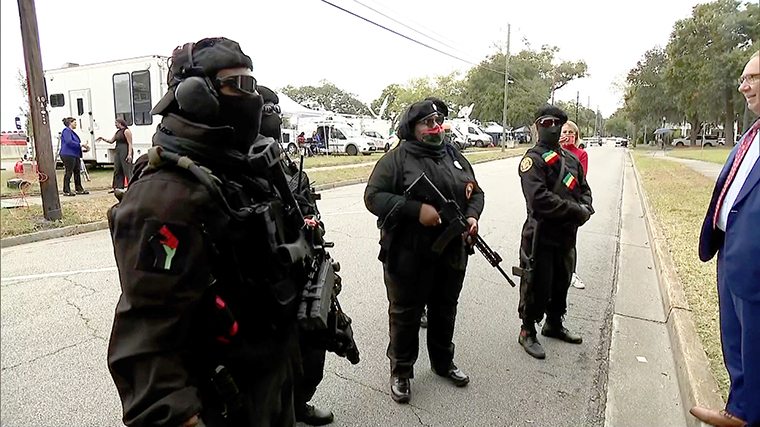 Defense attorney Laura Hogue argued during her closing statement that Ahmaud Arbery was not a “victim” when he was shot and killed on Feb. 23, 2020.

During her closing, the defense attorney for Gregory McMichael argued that Arbery was a “recurring intruder” at a construction site in the neighborhood.

Hogue also commented on Arbery’s appearance on the day he was killed.

“Turning Ahmaud Arbery into a victim after the choices that he made, does not reflect the reality of what’s brought Ahmaud Arbery to Satilla Shores,” she said. The defense attorney then noted Arbery was wearing khaki shorts and criticized his personal hygiene the day he was killed.

“Of course we also watched in court people reacting to some of the words that she [the defense attorney] was saying. In fact, one thing sort of stood out to a lot of us there. At one moment, Wanda Cooper-Jones, which is Ahmaud Arbery’s mother, left court, almost tripping on people, when she got upset over a statement that Laura Hogue, that attorney, made … It seemed like that upset the family at that point,” Young said.

The prosecution has said surveillance videos show Arbery at the site multiple times, including the day he was killed, but he never broke in or took anything. Witnesses also testified that the defendants did not know at the time that Arbery had been at the site that day.

The property’s owner, Larry English Jr., testified in September he probably told the McMichaels about incidents on his property, but he never authorized the McMichaels to confront anyone.

34 Advent calendars that will make December so much merrier