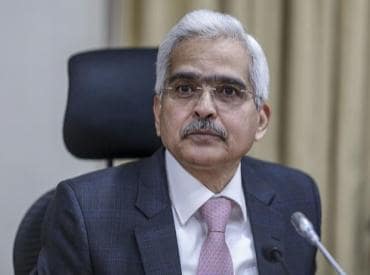 The Indian government is likely to stick to its fiscal deficit target as specified in the budget and there may not necessarily be a need for increasing government borrowing just yet, governor Shaktikanta Das told CNBC-TV18 in an interview on Monday.

India on Saturday announced a series of changes to the tax structure levied on crucial commodities in a bid to insulate consumers from rising prices amid high inflation.

Experts said the moves will likely increase fiscal concerns and raise doubts about the government meeting its deficit target of 6.4% of GDP for 2022-23.

“There is no one to one co-relation between the increase in government expenditure… and the need for additional borrowing. These are all figures which keep moving throughout the year,” Das said.

Das said the fiscal and monetary authorities have entered into another phase of co-ordinated action to check inflation.

India’s annual retail inflation accelerated to 7.79% in April from a year ago, remaining above the tolerance limit of the central bank for a fourth month in a row.

Das said RBI wants to raise rates in the next few MPC meetings, at least at the next one in June.

Traders have been concerned the government’s efforts to curb inflation may bring down its revenues and raise the need for additional market borrowing.

“The RBI remains committed to ensuring a non-disruptive completion of the government borrowing programme and ensuring an orderly evolution of the yield curve,” Das said.

Das said the country’s macroeconomic fundamentals remain strong and the central bank was confident of being able to finance the current account deficit, although it will intervene to avoid any runaway depreciation in the rupee.

He also reiterated that the RBI does not target any specific level on the exchange rate and will only act to curb volatility.