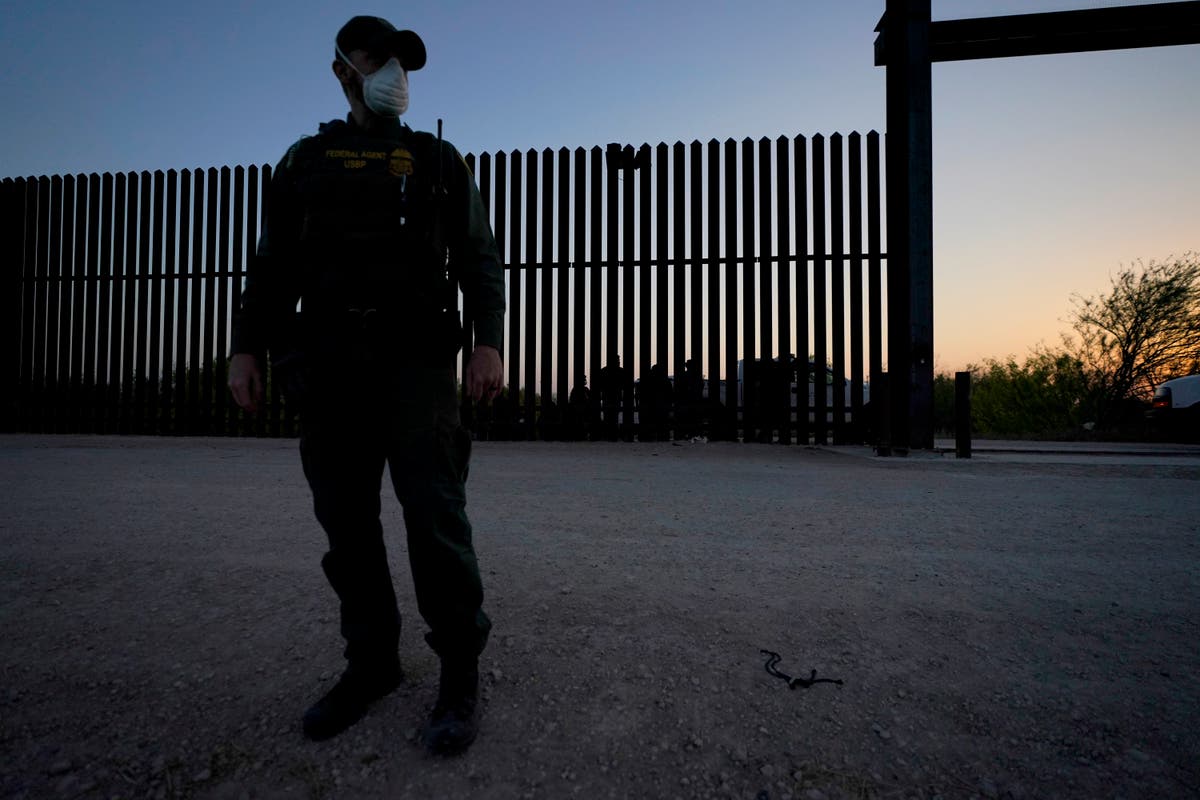 Texas Republican Gov. Greg Abbott has offered no details on his plans to construct new barrier along the border with Mexico while also launching an aggressive campaign to arrest migrants — moves that set up another clash with the Biden administration over immigration.

Abbott did not say how much new barrier Texas would erect, where it would be installed along the state’s 1,200 miles (1,930 kilometers) of border or what it would look like when he made the announcement Thursday in a room full of sheriffs in the border city of Del Rio. He promised more would be revealed next week.

A top official in one of Texas’ largest border counties, Hidalgo County Judge Richard Cortez, said Friday that he sees the goal as putting in place new barriers that would give state troopers grounds to arrest migrants who go around or damage it — and then put them in jail for six months.

“I understand why he wants to do it. It’s a tool that gets him to a Class B misdemeanor,” Cortez said. He was skeptical of whether jail would deter migrants who travel hundreds of miles and risk death to get to the U.S.

Abbott spokeswoman Renae Eze on Friday did not provide more details about the barrier plan and referred questions about arrests to a letter that Abbott and Arizona Gov. Doug Ducey sent to other governors Thursday asking them to send their own law enforcement ranks to the border. The letter tells governors their officers would arrive with the “power to arrest migrants who illegally cross the border into our territory.”

Legal experts said the U.S. Supreme Court has made clear that the power to enforce immigration law is in the hands of the federal government, including striking down efforts by Arizona Republicans a decade ago.

U.S. Department of Homeland Security Secretary Alejandro Mayorkas declined to comment on the Texas governor’s plans while visiting a city cybersecurity center in Los Angeles shortly after Abbott’s announcement. Biden suspended construction of a border wall upon taking office, and on Friday, his administration announced a plan to divert funding from what was former President Donald Trump s signature project.

Abbott, who is up for reelection next year and has not ruled out a White House run in 2024, has made immigration a central issue since Biden took office and taken increasing action over what he says is the new administration’s failure to slow the flow of crossings.

“Long term, only Congress and the president can fix our broken border,” Abbott said in Del Rio. “But in the meantime, Texas is going to do everything possible, including beginning to make arrests, to keep our community safe, to keep the cartels and smugglers out, and to keep your community safe.”

While easing since March, large numbers showing up at the border have severely challenged the Biden administration. Vice President Kamala Harris delivered a message to those thinking of making the journey during a visit this week to Guatemala City: “Do not come.”

Abbott earlier this month moved to shutter more than 50 shelters in Texas that house about 4,000 migrant children, arguing that the federal government can’t force the state to keep issuing licenses in response to a federal problem. The Biden administration has threatened to sue unless that order is rescinded.

The Trump administration built more than 450 miles (725 kilometers) of border wall, almost all of it replacing smaller designs or dilapidated sections.

Cortez said he would support Abbott’s help to build more jail capacity but would want the county kept in charge of the extra space. Farther down the border in rural Starr County, Judge Eloy Vera said his 270-bed jail is near capacity but still has room, and said Abbott’s description of the border is not what he sees in his area.

Stephen Yale-Loehr, who teaches immigration law at Cornell Law School, said the federal government likely would challenge whether the state has authority to construct barriers along the border.

“While states can do certain things under state law regarding immigration, erecting barriers along the border or arresting migrants is beyond the pale in my view,” he said.

Man dies after being struck by lightning on the golf course