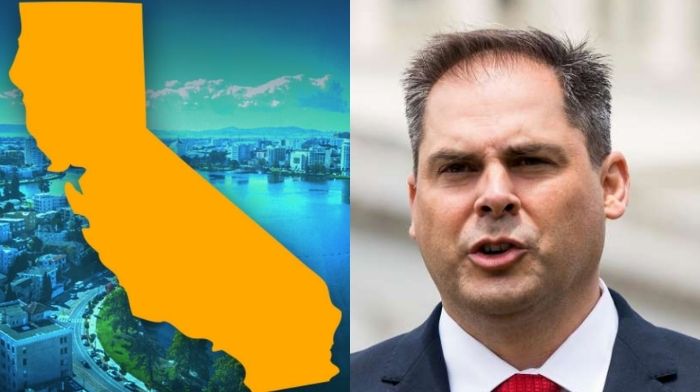 Rep. Mike Garcia (R-CA) spoke out on Tuesday to call on Republicans to fight for California, saying that the state is “too good to give up on.”

Garcia told Breitbart News that if Republicans give up on California, the state’s political dysfunction will become increasingly nationalized.

“Our state is too good to give up on, and we have all of these natural resources, beautiful weather, beautiful geography, great people, [and]resources that most states would die for, but we’re being driven into the ground by politicians in Sacramento, and in this case, we’re starting to upload the problem from California to the national level,” Garcia said, adding that “California’s problems” are being “uploaded to the federal level.”

“California, we won’t die on the vine,” Garcia said. “We will continue to have our problems if we don’t turn around and get back to a two-party system.”

“But for me, the more the more important fight right now is making sure that our nation doesn’t turn into California. … [Joe[ Biden, in this first weeks, stated flat out that he’s using California as a blueprint for his policies, and that should scare the hell out of all of us, specially seeing the both intended and unintended consequences of the policies in California,” he continued.

Garcia went on to say that the exodus of businesses and people from California to other states is a function of the state’s oppressive regulations and taxes.

“[Californians] are just trying to survive,” he added. “They’re living in a state, right now, where they’ve got some of the highest taxes in the nation, some of the highest regulations, [they] are not able to get their kids back in school because of Governor Newsom’s actions. Very arbitrary and capricious mandates [from Newsom are] making our lives very, very difficult and dangerous to navigate.”

“We’ve lost — at the state level — about a 134,000d citizens in California to other states just in a one-year period, and that’s a very real problem in my district. … This is a district that’s underpinned by aerospace and defense firms large [prime contractors] like Lockheed, Northrop, Boeing, and their entire supply chain,” Garcia said.

Related: Report: Adam Schiff Could Be Next California AG – Or Run For Dianne Feinstein’s Senate Seat

“When you see a president take office and threatening to cut military spending, not only is it is it jeopardizing the warfighter and compromising their tactical advantages, but it’s also threatening our economy,” he added.

Garcia conceded by saying that the political mismanagement in California is bringing about an “awakening” among the state’s residents.

“[We must] sure that our country doesn’t turn into California,” he said.

This piece was written by James Samson on February 23, 2021. It originally appeared in LifeZette and is used by permission.

Read more at LifeZette:
Asa Hutchinson Says He’ll Refuse To Support Trump In 2024 – ‘He Should Not Define Our Future’
Ann Coulter Pays Touching Tribute To ‘Hilarious’ Rush Limbaugh – He Taught Us To ‘Forge Our Own Path’
Rep. Boebert Scares Democrats With Weapons

A Quiet Life Out of the Spotlight? Not for This Former President

A KNIFEMAN has been shot by cops after stabbing eight people in a suspected terror attack in Sweden today, reports

Amazon is well-known for its copycat ways, but it’s not so often that another company calls it out on it,

Photography via instagram.com/winnieharlowThe Canadian-Jamaican model will be joined by legendary fashion disruptor Jeremy Scott in season two of the fashion

I Wore Rihanna’s Favorite Perfume for a Week, and My Life Will Never Be the Same

Photography via instagram.com/winnieharlowThe Canadian-Jamaican model will be joined by legendary fashion disruptor Jeremy Scott in season two of the fashion