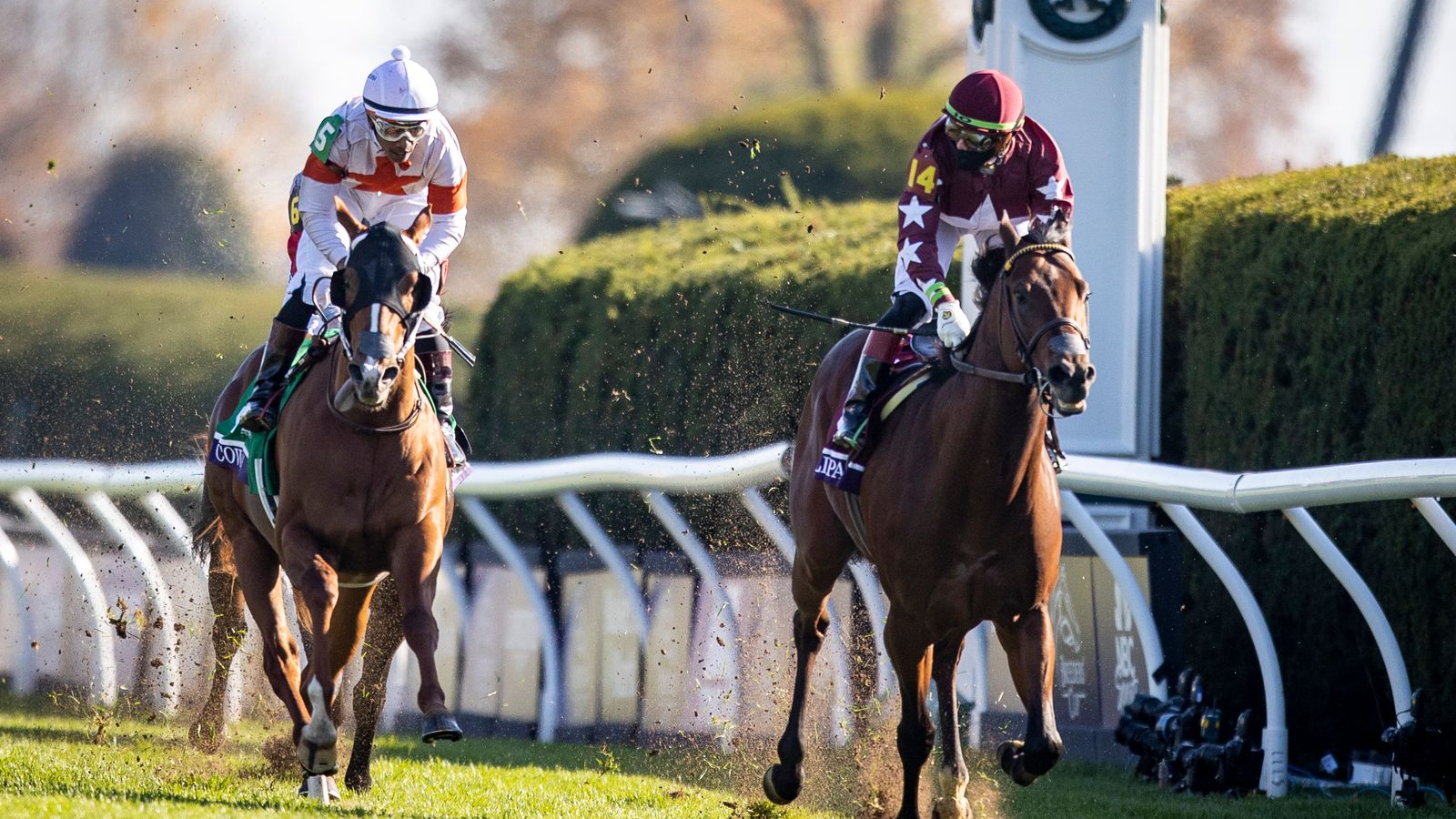 Back-to-back victories at the Breeders’ Cup is next on the agenda for Golden Pal following his return to winning ways on Saturday.

So impressive when dominating from the front in the Juvenile Turf Sprint at Keeneland last year, Wesley Ward’s stable star missed the first half of the current campaign due to an early-season setback – ruling out an intended appearance at Royal Ascot.

But having looked better than ever on his belated comeback at Saratoga in July, the son of Uncle Mo was well-fancied to break Ward’s duck in the Nunthorpe at York the following month.

The Washington-born trainer was left scratching his head after Golden Pal could finish only a lacklustre seventh on the Knavesmire, but he showed his true colours back on home soil at Keeneland over the weekend to set up a tilt at the Breeders’ Cup Turf Sprint at Del Mar.

Ward said: “It was such a great disappointment for me in York. I really was very, very confident there and for whatever reason it just didn’t materialise.

“I hold that course (York) in such high regard, I thought we had the horse and I had my rider (Frankie Dettori) on, but I just can’t figure it out. That race eludes me, but we’re going to get there one of these years!

“If I didn’t hold Golden Pal in such high regard, I would have just chalked it up as an ‘oh well, we gave it a try and we didn’t win’, but this horse is just so special.”

While blistering early speed has been Golden Pal’s trademark, Ward was pleased to see him show a different side to his game in the Grade Two Woodford Stakes.

“He showed a (different) dimension as Johnny (Velazquez) just dropped his hands when he came out of the gate and then he got passed,” the trainer added.

“Johnny never really moved and then he just kind of shook the reins to him and the horse just took off. I was really proud of him to see him to do that.

“We’re looking forward to the Breeders’ Cup. I think he’s going to love Del Mar. It’s not that he doesn’t handle a little give in the track at all, but his weapon is his speed and when you get a fast or firm course, he’s going to be a bear!”

A decision on whether Golden Pal will return for a four-year-old campaign in 2022 is unlikely to be made until after the Breeders’ Cup, but Ward admits he would love to have a crack at the King’s Stand at Royal Ascot.

He said: “It’s not my decision, of course – the boys over in Coolmore will make those decisions.

“But he would certainly enhance (his stud value) significantly if he were to have a win in Ascot in the King’s Stand.”