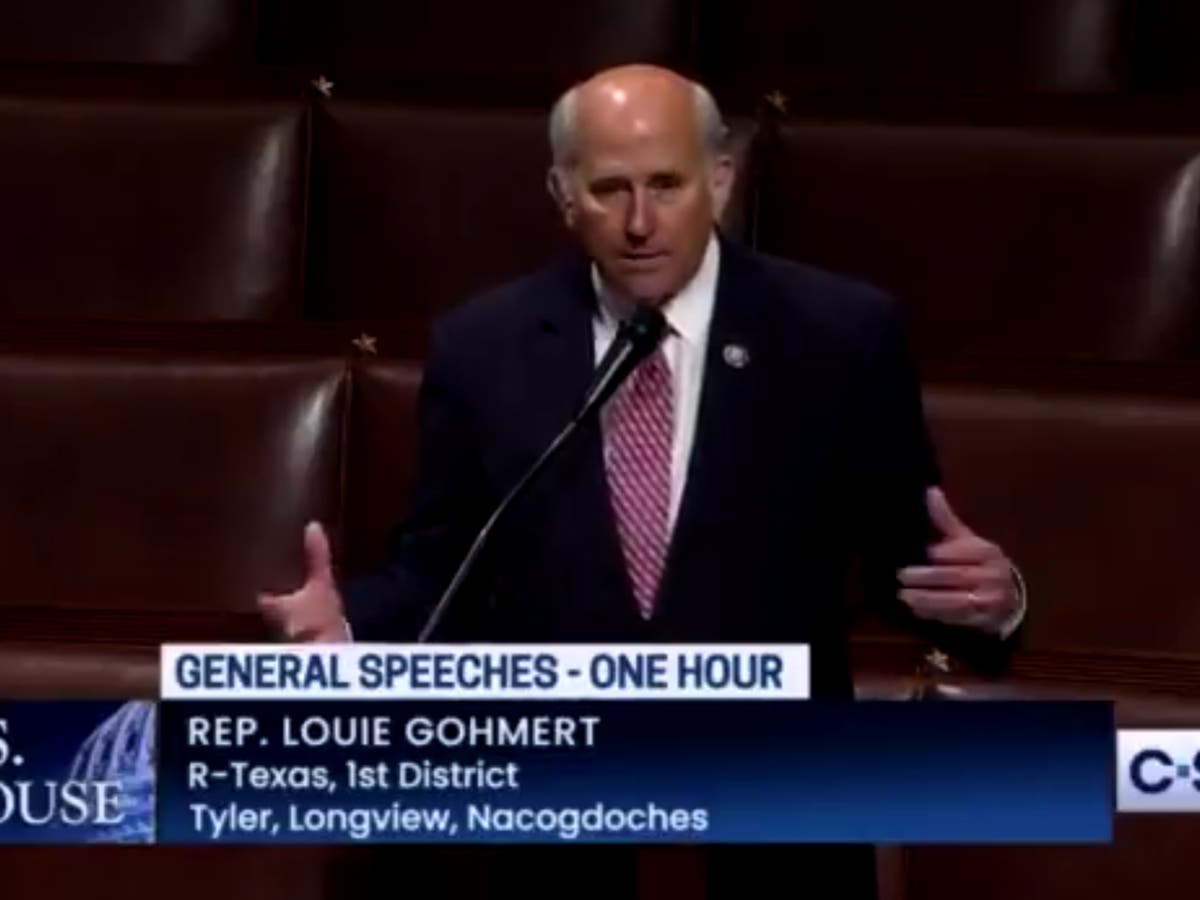 A Texas Republican was mocked for admitting that people think he is “the dumbest guy in Congress,” after a speech also ridiculed for its stupidity.

“We were doing better on our SATs until president Carter created a department of education,” Rep Gohmert told the House, “[and] when I took it I did very well, it got me into the honours program at [Texas] A&M”.

“I’m sure that shocks people that think I’m the dumbest guy in Congress”.

Rep Gohmert’s complaints about the department of education were afterwards ridiculed, because SATs scores, in fact, begun to fall before its creation in 1979.

According to statistics from PrepScholar, average American scores for maths and critical writing fell from 521 and 505 in 1974, to 512 and 498 in 1975 — four years before Jimmy Carter, a Democrat, founded a department of education.

Joy Reid, a correspondent and TV anchor for MSNBC, wrote: “Submitted without comment…”.

“He’s lying about the time frame of SAT scores falling so he’s probably lying about his scores also,” another critic wrote on Twitter, “SAT scores started falling in the sixties at about the same time Gohmert was taking his.”

“Any grown ass middle aged man who still feels compelled to brag about his SAT score is indeed the ‘dumbest man in Congress’,” added another.

Also on Thursday, the Texas Republican told Congress: “I read last year that one of the basic goals of Black Lives Matter was to destroy western style families”.

In fact, it removed a section of its website about “disrupt[ing] the Western-prescribed nuclear family structure,” and according to PolitiFact, did not call for the destruction of “western style families”, but a move away from relying on it.

Rep Gohmert also accused the Democratic party and senator Sanders — who has called for a tax on wealth — of “taking money” from US billionaires “to win”, and then “you’ll either go to a gulag, or you’ll be put to death”.

The false allegations were also ridiculed, with a Twitter user writing: “Louie Gohmert gets crazier every year. I’d say that you can’t make this s**t up but he does it every time.”