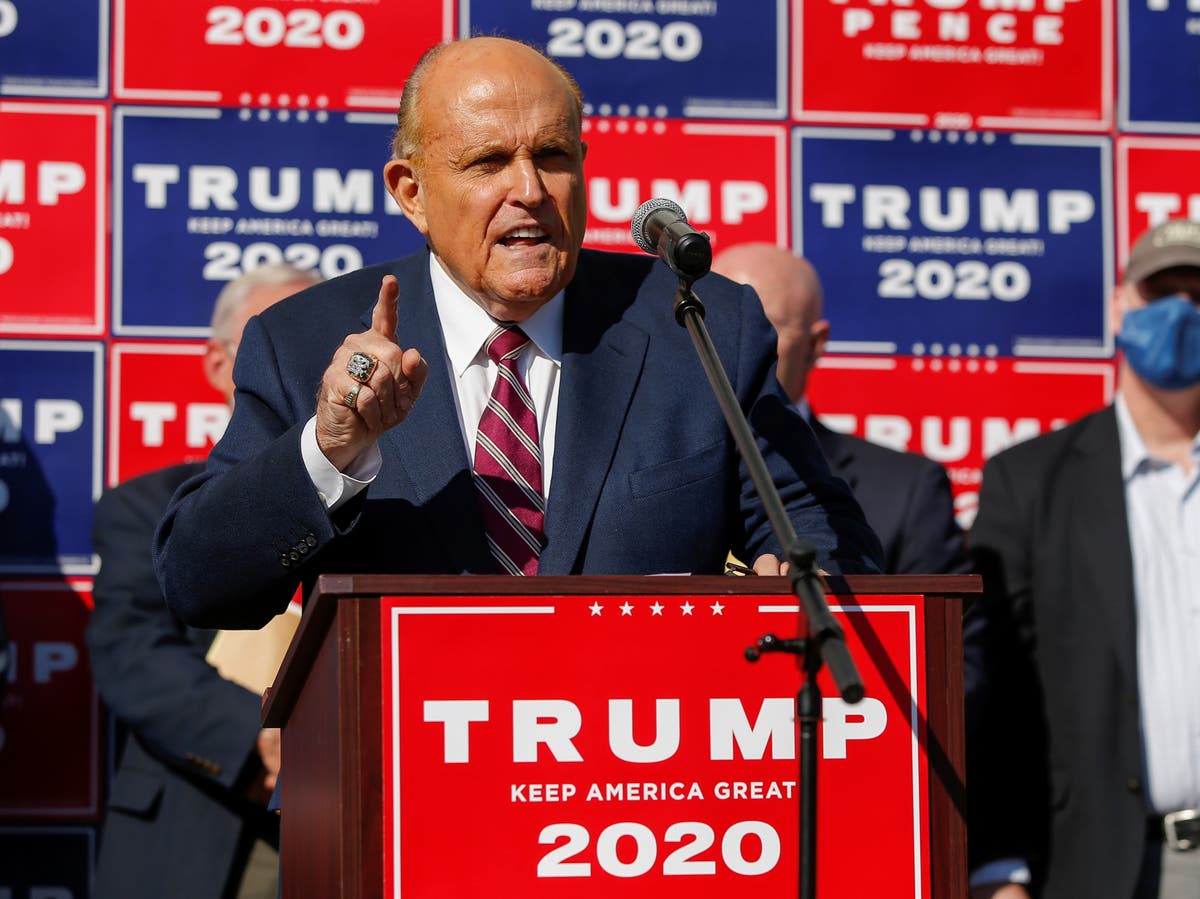 Mr Giuliani’s lawyer said in a court filing that Dominion Voting Systems’ lawsuit should be dismissed for lack of jurisdiction, and because the company has not adequately justified its request for money damages.

The filing said the former mayor denies defaming Dominion, adding that he would present a more forceful defense on the merits if his jurisdictional arguments are rejected by the judge in the District of Columbia assigned to the case.

“Should this matter reach legal or factual adjudication on the merits, Giuliani will provide a vigorous and complete response,” the court filing stated.

Former President Donald Trump and his allies spent two months denying his election defeat, and claiming without evidence that it was the result of widespread voter fraud, before his supporters launched a deadly attack on the US Capitol on January 6th.

Dominion alleged in its January lawsuit that Mr Giuliani “manufactured and disseminated the Big Lie, which foreseeably went viral and deceived millions of people into believing that Dominion had stolen their votes and fixed the election.”

Dominion said it filed the lawsuit “to set the record straight” and to “stand up for itself, its employees, and the electoral process.”

Founded in 2002, Dominion is a major US manufacturer of voting machines, and various Dominion machines were used in more than two dozen states during the 2020 election.

Giuliani has said Dominion’s lawsuit was intended to intimidate him from exercising his free speech rights.

Additional reporting by Reuters. This is a breaking news story and will be updated.

US government moves AstraZeneca out of vaccine plant that suffered contamination

Officer involved in shooting is on administrative leave, chief says