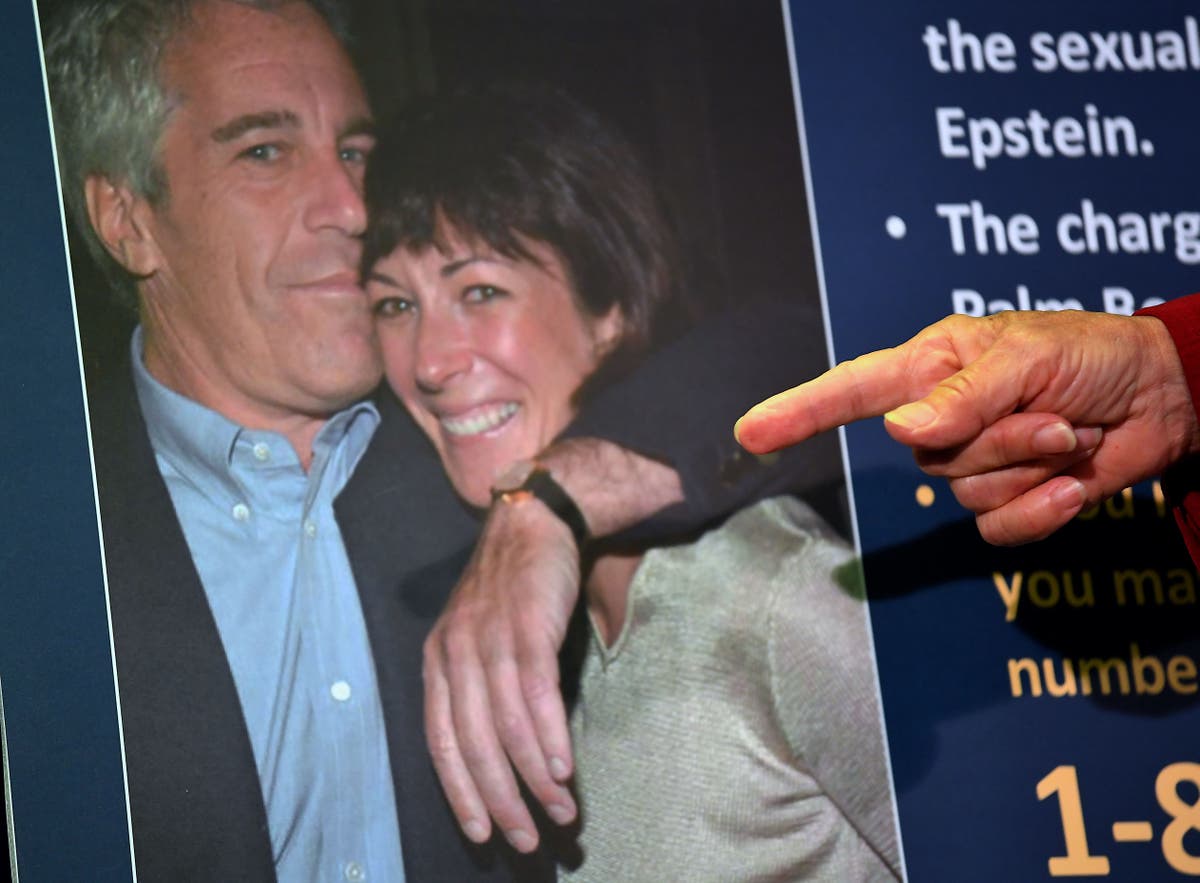 Ghislaine Maxwell has demanded an in person arraignment on the latest sex trafficking charges after the “debacle” of her last court livestream being hijacked by QAnon supporters.

The British socialite is accused of grooming a 14-year-old girl to engage in sexual acts with Jeffrey Epstein in Florida from 2001 to 2004.

Her lawyers have asked a judge to allow her to appear in a physical court room, rather than plead guilty or not guilty via video link, reports say.

“As counsel has notified the government, Ms Maxwell is requesting an in-person arraignment. She will not waive that right, most especially in light of media coverage and the debacle that occurred during a remote proceeding in a related civil case before Judge Preska,” said her lawyers in a court filing, according to Newsweek.

During the January hearing a deputy clerk at Manhattan Federal Court interrupted proceedings to tell Judge Loretta Preska that the hearing had been live-streamed.

“Whoever is doing it, you are operating against the law,” the judge reportedly said.

“I suspect there is a way to find out. So I will ask you, most respectfully, to stop doing it.”

The livestream stopped and the hearing was able to continue.

The original charges against Ms Maxwell were related to crimes allegedly committed in the 1990s, while the new indictment states that the sex trafficking of “Minor Victim-4” took place between 2001 and 2004.

In the latest court filing, Ms Maxwell’s lawyers accuses prosecutors of abusing their power in bringing the latest indictment against her.

“That the government has made this move late in the game – with trial set for July 12th – is obvious tactical gamesmanship,” they stated.

“Adding charges that were never launched against Jeffrey Epstein based on evidence that was in the government’s possession for years is shocking, unfair, and an abuse of power.”

They have asked the in-person hearing be pushed back to 23 April in order for members of Ms Maxwell’s family to attend.

“Counsel appreciates that an in-person arraignment requires some logistical arrangements which may be accommodated by the requested date,” they stated in a separate letter to the court.

“Further, the extra time will permit Ms. Maxwell’s family members to adjust their schedules and make travel arrangements to attend the court proceedings.”

Ms Maxwell was arrested last July at her luxurious compound in New Hampshire, almost a year after the arrest of Jeffrey Epstein.

A month after his July 2019 arrest on federal sex trafficking charges, Epstein died by suicide after being found unresponsive in a Manhattan jail cell.