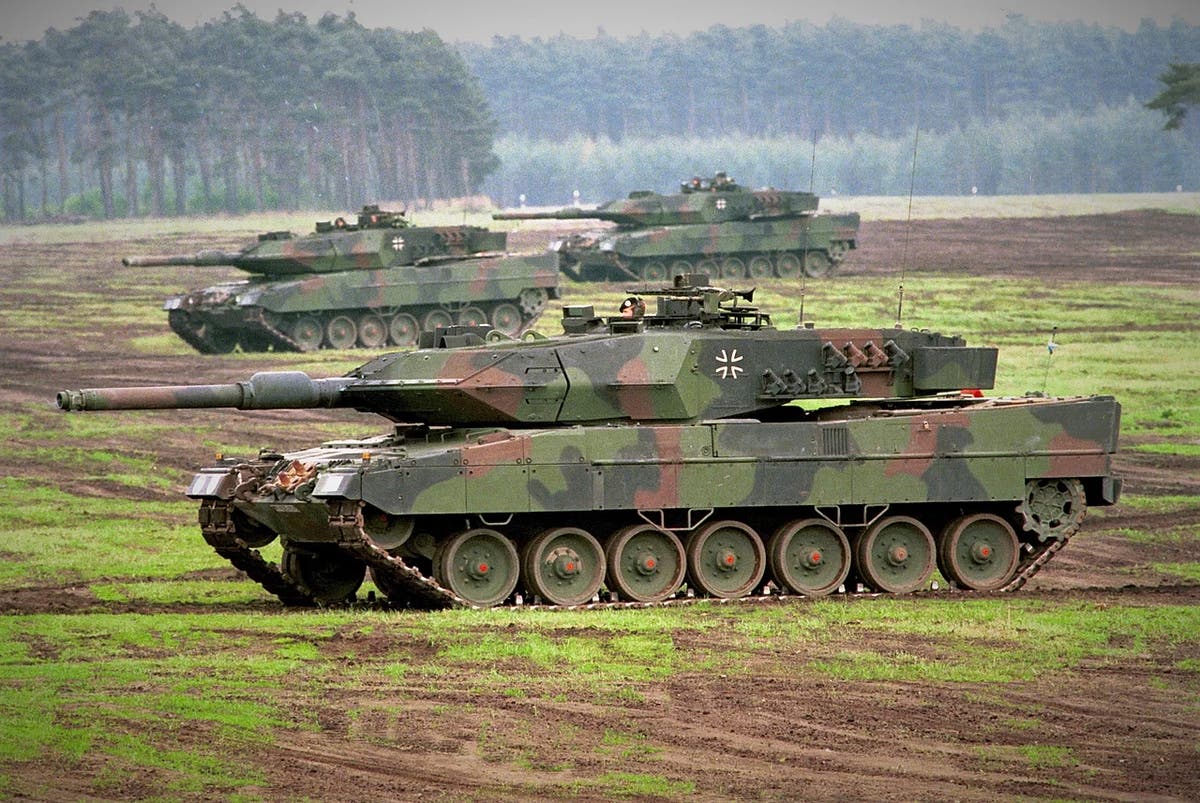 Germany has decided to send a convoy of its main battle tanks to Ukraine, reports suggest, after days of pressure from Berlin’s allies.

Ukraine and many of Germany’s Nato partners have been pleading for a decision on whether Berlin would permit them to re-export German-made Leopard 2 tanks to help Kyiv as the battlefield begins to thaw.

After a summit at the Ramstein airbase failed to break the deadlock last week, Poland upped the ante on Tuesday by issuing Germany with a formal request to allow Warsaw to send tanks, while Nato seceretary-general sat down for talks with Germany’s new defence minister Boris Pistorius.

Just hours later, Der Spiegel reported that German chancellor Olaf Scholz had finally decided to allow allies such as Poland to send tanks – and that Berlin would do so too.

The German government has so far declined to comment, however, and one US official told the Associated Press that Germany could wait to announce its decision alongside Washington, where president Joe Biden is claimed to also be poised to approve M1 Abrams tanks for Ukraine.

Such a move would mark a major reversal in policy for both nations – and a significant victory for Ukraine’s president Volodymyr Zelensky as he seeks to bolster his countries defences against Russia’s invading army.

However, it could take months for tanks to reach Ukraine even if an announcement is made this week, which officials claimed could be as soon as Wednesday.

While the discussion currently centres on at least one company of Leopard 2 tanks already in Bundeswehr stocks, in the longer-term more tanks could be restored to be fit for use, Spiegel reported.

Officials in Washington suggested that details there are still being worked out, with one reported as saying that Abrams tanks could be bought under its upcoming $850m Ukraine Security Assistance Initiative package – which also includes a Patriot missile defence system.

Separately, Reuters quoted anonymous officials corroborating the earlier claims – but there remained no official confirmation from the Bundestag or White House hours after the reports broke on Tuesday.

Mr Scholz has been wary of moves which could spur Russia to escalate the war, or which could ampflify the risk of Nato being drawn into the conflict.

Speaking at last week’s summit, where officials from more than 50 nations failed to reach an agreement on the Leopard tanks, his new defence secretary said: “We just have a responsibility for our population in Germany and in Europe and we have to balance all the pros and contras before we decide things like that.”

It had been suggested that Berlin’s reticence to approving Leopards could fade were Washington to also agree to send its Abrams tanks, which are seen as less suitable for Ukraine due to its heavy fuel consumption and difficulty to maintain.

Following his meeting with Mr Pistorius in Berlin on Tuesday, Nato’s Mr Stoltenberg said he was “confident we will have a solution soon” on the issue of battle tanks, adding: “At this pivotal moment in the war, we must provide heavier and more advanced systems to Ukraine, and we must do it faster.”

Kremlin spokesperson Dmitry Peskov insisted that Western tanks would not change the course of the conflict – but warned that Nato would regret its “delusion” that Ukraine could win on the battlefield.

Are conservatives trying to erase and rewrite US history?