A YOUNG student has been stabbed to death in public as she stepped off a bus after turning down a marriage proposal from an obsessed stalker.

The gruesome murder of Naira Ashraf outside her university in northern Egypt has sent shockwaves across the country.

A fellow student named only as ‘Mohammed A’ is in custody after he allegedly knifed the young woman repeatedly in front of horrified onlookers.

The horror attack outside the entrance of Mansoura University, 68 miles north of the Egyptian capital Cairo, was captured on CCTV.

Naira’s killer punches her in the head as she gets off the bus.

As she falls to the ground, he jumps on her, repeatedly stabbing her in the neck. 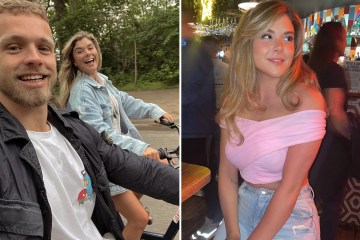 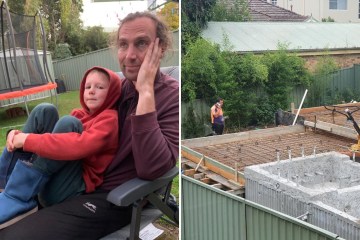 Pictures of Naira’s bloody body after she was stabbed in the neck and torso have spread widely on social media in Egypt, despite calls to stop circulating surveillance footage of the attack.

Officials say she died on the spot and an angry crowd seized and beat her attacker as he tried to flee.

The alleged killer is said to have tried to kill himself with the same knife he used to murder Naira.

Police say the suspect has confessed to the murder in custody and claimed he did it because she had stopped talking to him on Facebook and refused to marry him.

He reportedly said he had killed the student after making several attempts to talk to her over Facebook in the past year and a half, reports Middle East Eye.

According to the Egyptian news site Al-Falah Al-Youm, the suspect said during that time Naira had “become famous” and built up a social media following.

Investigators said: “He had known the student for a while and a romantic relationship had developed between them, but she began to work as a model, became famous, and had large numbers of followers on social media.”

She eventually blocked the suitor on social media, who had allegedly been suffering from a “severe bout of depression” due to the end of the relationship.

He decided to kill her before ending his own life, and so he took a knife from his home and waited for Naira near her university gates.

He had known the student for a while and a romantic relationship had developed between them, but she began to work as a model

Another Egyptian news site, Najum Masria, reported that the victim’s father had told an interviewer that the accused had threatened his daughter more than once and that they had reported this to the police.

While one of Naira’s friends said the man had already threatened to kill her previously when she refused to marry him.

More than 40 witnesses have already spoken to the prosecution, including security worker Ibrahim Al-Ajroudi, who tackled and arrested the suspect immediately after the stabbing.

The local Public Prosecutor confirmed they were investigating the case and had secured evidence around the bloodstained crime scene and were also studying CCTV cameras.

Naira’s body was taken from Mansoura Hospital for burial in her hometown in Gharbia Governate.

She was accompanied by a number of students and people from her hometown.

Egyptian authorities have been condemned by human rights groups for their dismal record on protecting women, with Amnesty International claiming that they were failing “to prevent and investigate widespread violence against women and girls”.

According to Human Rights Watch: “Egyptian authorities carried out an extensive campaign of arrests and prosecutions against women social media influencers, in violation of their rights to privacy, freedom of expression, and non-discrimination.”