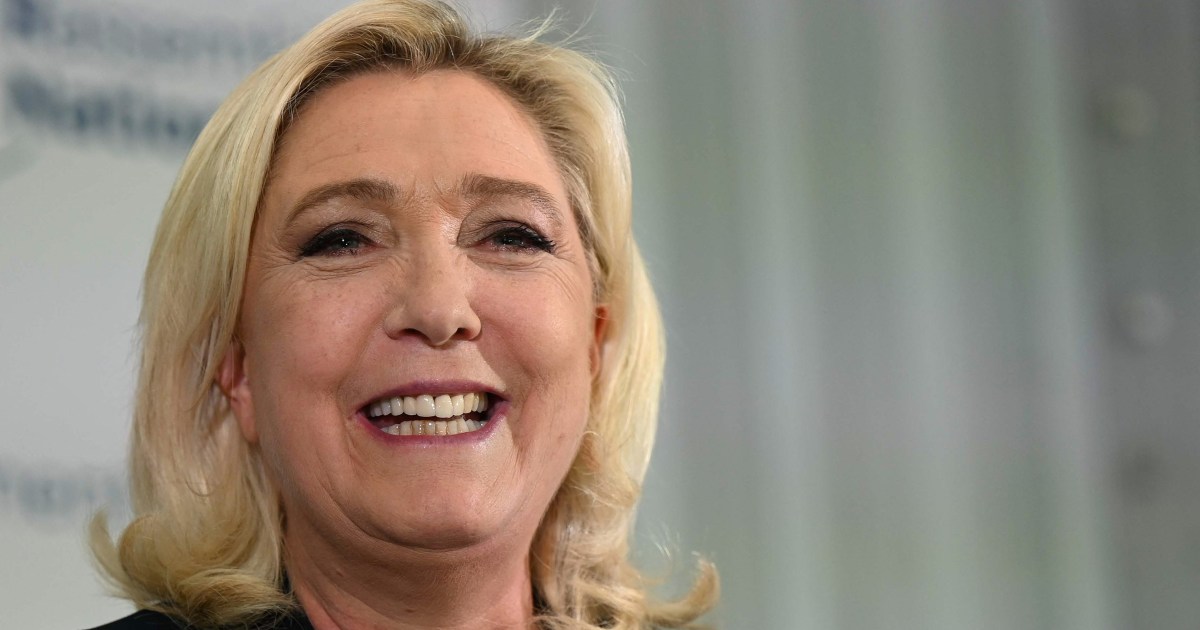 The second round of France’s legislative elections delivered some surprising results. President Emmanuel Macron’s centrist Ensemble! coalition lost its majority, while the broad left-wing alliance, NUPES, united behind Jean-Luc Mélenchon, emerged as the most prominent opposition group in the National Assembly.

But the result that surprised political commentators and politicians the most was the record haul of 89 seats for the far-right National Rally (RN). This is a huge gain on the eight seats it had after the 2017 legislative elections and more than double the 20-40 seats it was projected to win in its “best-case scenario” following the first round of voting.

While political pundits were justifiably stunned by the result, and French media organisations were unanimous in describing it as une percée historique (a historic breakthrough), there are reasons to see the RN’s score as more of an alignment than a real breakthrough.

In the decade since Marine Le Pen took over the leadership of what was formerly known as the National Front (FN) from her father, there has been growing support for the party. Just two months ago, Le Pen received more than 13 million votes in the presidential elections. And the seemingly poor results RN obtained in past parliamentary elections were largely due to France’s two-round electoral system, which makes it difficult for non-mainstream parties to transform the votes they receive in the first round into parliamentary seats.

Indeed, over the years the two-round system has been a huge handicap for the RN as the majority of its candidates who survived the first round have been eliminated as a result of tactical voting by supporters of mainstream parties in the second. In 2017, for example, the then FN had 120 candidates who qualified to compete in the second round but less than 10 percent of those went on to win a seat in parliament.

Despite securing 41.5 percent of the vote in the second round of the presidential election, Marine Le Pen set the bar low for this legislative election. She barely campaigned except in those areas in the north of France that seemed most winnable and where the RN already had most of their sitting MPs. In 369 constituencies, they did not even put up a candidate. The main goal was simply to get 15 RN members elected. This would allow the party to form an official group in the lower house of parliament.

Yet the scores on the ground suggested that a surge was coming. An unprecedented number of RN candidates qualified for the second-round – 209 in total. Of these, 108 were pitted against Ensemble! candidates and 62 against NUPES candidates. Crucially, however, the RN managed to win many more of these runoff races than in previous years, and its success rate against its two main opponents was roughly the same – 57 percent against Ensemble! and 56 percent against NUPES.

Some would argue that 89 out of 577 seats, while historic, is still not an accurate representation of the RN’s support. If France had a truly proportional system, the RN would easily get more than 100 seats and perhaps as many as 200. But this does not take away from the fact that this weekend’s results mark a seismic shift in the RN’s institutional presence.

The decline of barrage politics

How did this happen? The one thing that was different in this parliamentary election was the absence of a pact between mainstream parties to keep the far right out. In the past, they always formed what is known as a front républicain (republican front) against the RN – either by stepping aside to let another party’s candidate win when necessary or by asking their supporters to vote strategically.

Neither Ensemble! nor NUPES were willing to call for such action in this year’s vote, with several candidates from Macron’s party arguing that RN and NUPES were two sides of the same “extremist” coin. With little direction from above and little inclination to follow orders, voters largely abstained rather than vote for a candidate from a different party.

The lack of tactical voting really mattered this year because turnout was low (46.2 percent) and many of the two-way runoff contests were extremely tight. The RN enjoyed some razor-thin victories in parts of the Dordogne, Allier and Eure – and this election in general saw more runoffs decided by margins of a few percentage points than the 2017 legislative elections.

The ability of RN candidates to come first in many runoff contests demonstrated how the party has branched out from its traditional bastions in the southeast and the former industrial heartlands of the far north and east in recent years. These areas of traditional strength have been extended so that, for example, the whole of the Mediterranean coastline from Nice to Perpignan is now dominated by MPs from Marine Le Pen’s party.

A new parliamentary grouping and real power in the assembly

The RN’s gains have real consequences for the party and the French political system. For a start, the RN will now have official status as a parliamentary group in the National Assembly, which will provide its MPs with important privileges and a huge increase in financial support. Significantly, the RN can actually claim to be the single largest opposition party in parliament since NUPES – which gained 142 seats – is an alliance of separate parties.

The RN’s newfound parliamentary power will ensure that it is able to participate in important parliamentary commissions and initiate debates on its chosen themes. It will also be able to propose new laws and contribute to blocking legislation proposed by Ensemble! which, with 245 seats, has fallen well short of a majority.

Beyond the working life of the parliament, having such a high number of members will provide the far-right party with more visibility and contribute to its “mainstreaming” and “normalisation”, as well as providing a unique opportunity for party members to gain valuable political experience.

France now finds itself facing an unprecedented period of political instability. The constitutional settlement of the Fifth Republic was designed specifically to suppress the political extremes, but this election has demonstrated the limits of this institutional straitjacket. Although the RN will not be able to dictate parliamentary business, it will exploit its nuisance power and new visibility to undermine Macron’s presidency.

There is, of course, the risk that the party will struggle to maintain its unity given that many of its new deputies are complete novices. It is also possible that, when voters see RN members of parliament in action, many of them will choose to return to more credible, mainstream alternatives in subsequent elections.

Nevertheless, the RN’s significant gains in this election will have an undeniable effect on the French political scene, potentially forcing a dissolution of parliament and new elections ahead of schedule. At the same time, its success puts parliament once again centre-stage. For Macron, who has largely treated parliamentary politics as a rubber-stamping exercise, the challenge will be to contend with a parliament as divided as the French people themselves.