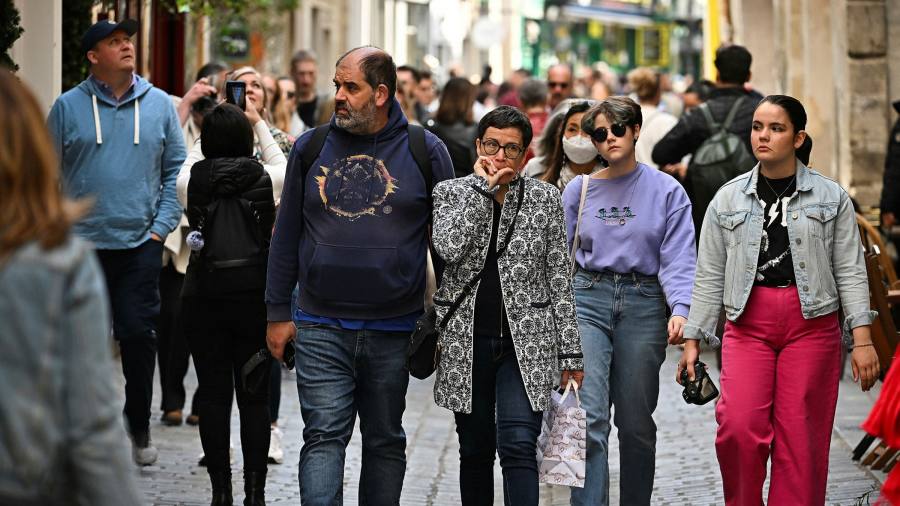 France’s economy suffered a sharp slowdown in the first quarter with no growth from the previous three months, undershooting economists’ expectations and raising the spectre of stagflation in the eurozone.

The main drag on French growth was a fall in household spending, indicating that higher food and energy prices and the fallout from the Ukraine war are taking their toll on retail spending and consumer confidence.

The disappointing growth figure brings a recent run of French economic outperformance to a halt, despite the eurozone’s second-largest economy benefiting from a more generous pre-election fiscal stimulus and lower inflation than many of its eurozone neighbours.

The flatlining of French gross domestic product in the first quarter marks a sharp slowdown from the upwardly revised 0.8 per cent growth rate in the final three months of last year. Economists polled by Reuters had on average forecast first-quarter growth of 0.3 per cent.

The French national statistics office said on Friday that output was hit by a 1.3 per cent fall in household spending, which offset a 0.2 per cent increase in investment, while changes in inventories added 0.4 percentage points to growth and trade contributed 0.1 points.

France’s underwhelming start to the year indicated the eurozone was likely to grow at a weaker than expected rate in the first quarter. Eurozone quarterly GDP data are due to be published on Friday and economists on average expect growth to be stable at 0.3 per cent.