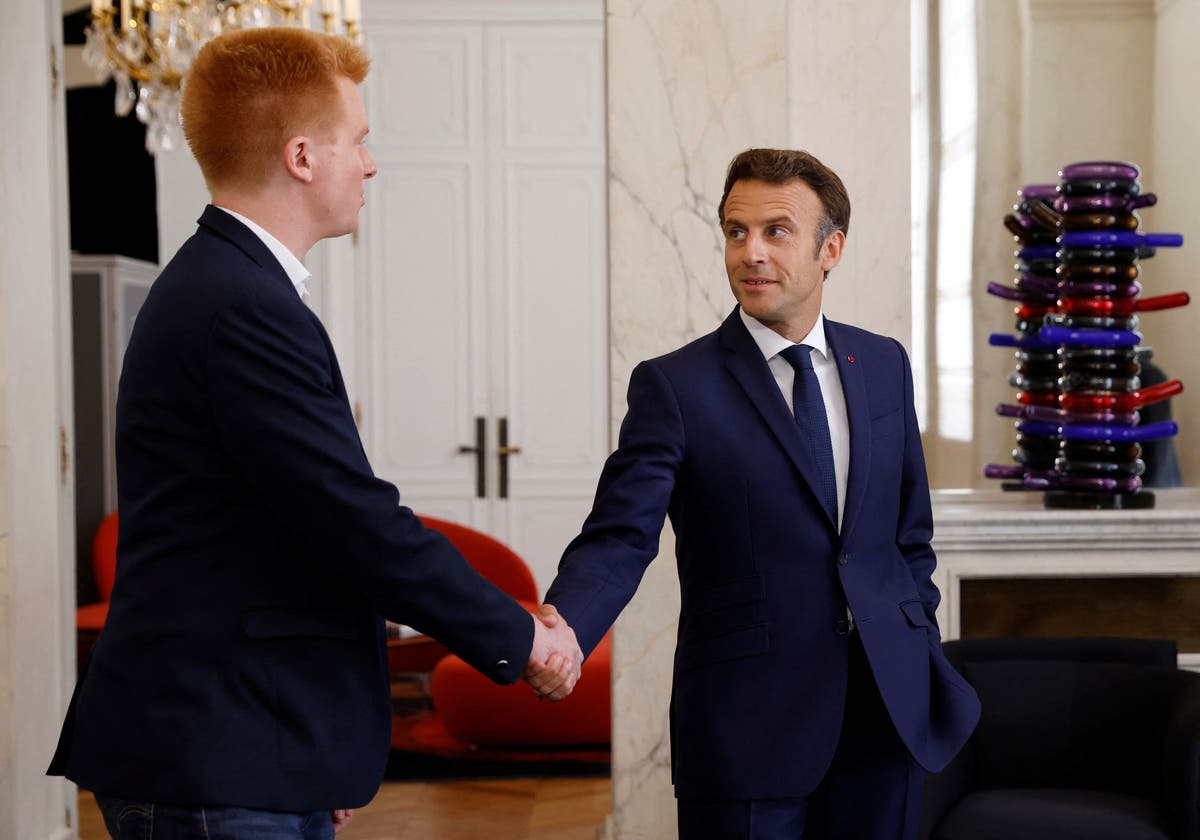 French President Emmanuel Macron is to speak publicly later Wednesday, for the first time since he suffered a major political blow when his party lost its parliamentary majority.

Macron is scheduled to give a national televised address after two days of back-to-back meetings with the leaders of rival parties, in an effort to to show he is open to dialogue. But those rivals appear determined to remain in opposition to Macron and not keen to cooperate or compromise with him.

He’ll be speaking hours after far-right leader Marine Le Pen made a grand entrance into the National Assembly with scores of lawmakers from her National Rally party, which obtained a historic score of 89 seats in Sunday’s elections.

Macron’s Together! alliance won the most seats — 245 — but that’s 44 short of a majority in France’s most powerful house of parliament. The main opposition force is the leftist Nupes coalition created by hard-left firebrand Jean-Luc Melenchon, with 131 seats.

The outcome will make it harder for Macron to accomplish campaign promises like measures to boost purchasing power, tax cuts and raising the minimum retirement age from 62 to 65. His government still has the ability to rule, but only by bargaining with legislators.

The president retains control over foreign policy. Macron heads Thursday to a series of global summits expected to focus on the war in Ukraine.

Editors’ picks: The 11 best Father’s Day gifts we’ve ever given and received