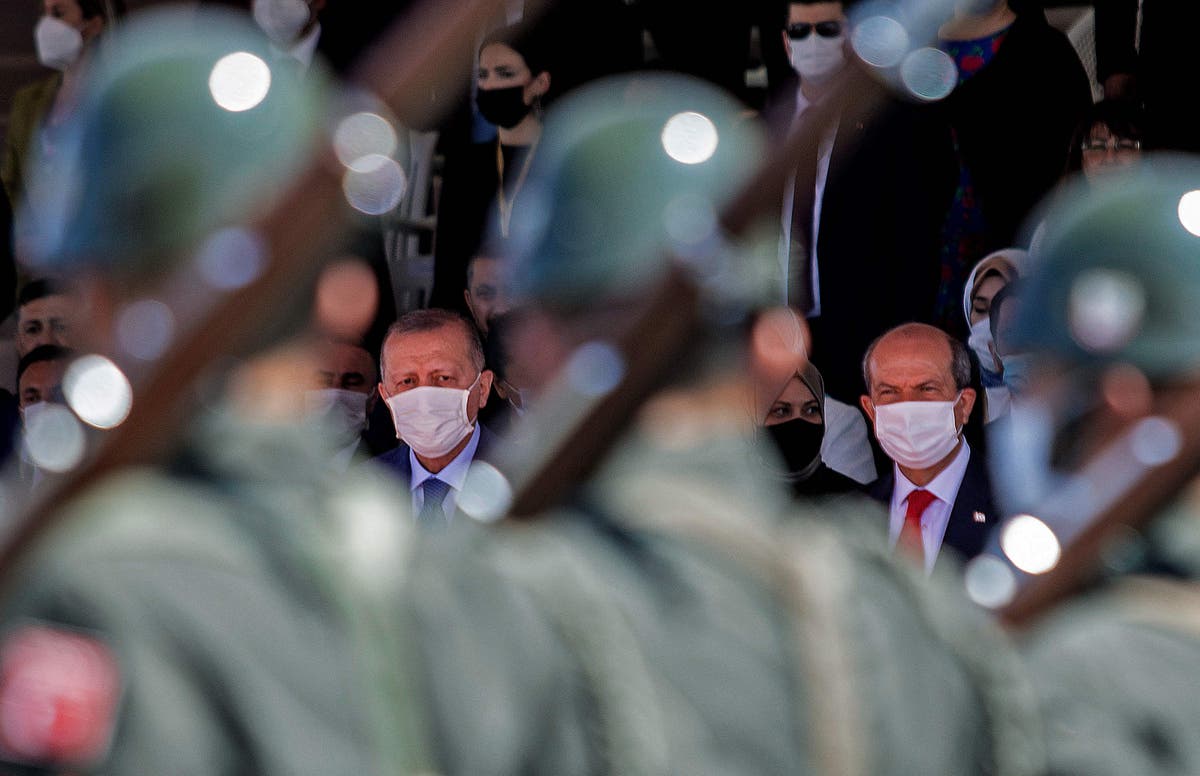 France has voiced its support for Cyprus on Wednesday after the announcement that Turkish Cyprus would reopen part of a ghost town on the Mediterranean for resettlement, which had been considered a ”red line” by Greek Cyprus.

French Foreign Affairs Minister Jean-Yves Le Drian said he discussed the reopening of a small part of the town of Vrosha, an abandoned resort in Turkey-backed Northern Cyprus, with his Cypriot counterpart Nikos Christodoulides. Mr Le Drian also confirmed his country would escalate the matter to the United Nations.

Reopening Verosha, which has been fenced off and completely abandoned after the Turkish military invasion of the island on 20 July 1974 to counter a coup supported by Greece in Nicosia, has long been a sticking point in the Cyprus issue negotiations.

But Turkish President Recep Tayyip Erdogan touted his country’s backing of the move while visiting the breakaway country to celebrate the 47th anniversary of the Turkish invasion, saying: “A new era will begin in Maras which will benefit everyone,” using the Turkish name for Verosha.

The invasion divided the island along ethnic lines and created a Turkish Cyprus in the north, a small self-proclaimed republic only recognised by Ankara.

“France strongly regrets this unilateral move, upon which there had been no consultations, which constitutes a provocation and harms re-establishing the confidence needed to get back to urgent talks overreaching a fair and long-lasting solution to the Cypriot question,” Mr Le Drian’s spokesperson said.

The internationally-recognised Greek Cyprus fear Turkey intends to appropriate the town, a move it held as “a red line not to cross.” Cypriot President Nicos Anastasiades described the plans as “illegal and unacceptable.”

The EU, the UK, the US and Greece also objected to the plan for Varosha on the island’s eastern coast.

EU’s top diplomat, Josep Borrell, said on Tuesday he views the plans to reopen the abandoned town as an “unacceptable unilateral decision.”

Turkey’s foreign ministry said the EU’s critique was “null and void” since it is disconnected from realities on the ground and favours Greece, an EU member. “It is not possible for the EU to play any positive role in reaching a settlement to the Cyprus issue,” it said.

The Turkish president also revealed plans to build a new government complex, including a presidential palace and a parliament building – a move that will certainly help Turkey expand its influence on the island.

During his visit, Mr Erdogan hit another nerve by proposing a two-state solution to end the conflict – an offer firmly rejected by the EU. In Nicosia earlier this month, European Commission President Ursula von der Leyen said that the EU would “never, ever” accept a two-state arrangement.

Turkish Cypriot authorities opened a small area in the town for day visits in November 2020. On Tuesday, Mr Tatar said his government plans to elevate Verosha’s military status and allow ex-residents to claim compensation for their properties.

The Turkish army made access to parts of the town’s beach available again last year and reopened the Demokratias Avenue, a well-known roadway.

Erdogan has also announced plans to build a drones airbase in an abandoned area in Turkish Cyprus to serve as an arm for Turkish influence in the Eastern Mediterranean, where regional powers are locked in fierce competition over energy sources.

‘Audience at a Kid Rock concert?’: Cori Bush and AOC hit out at whiteness of infrastructure group