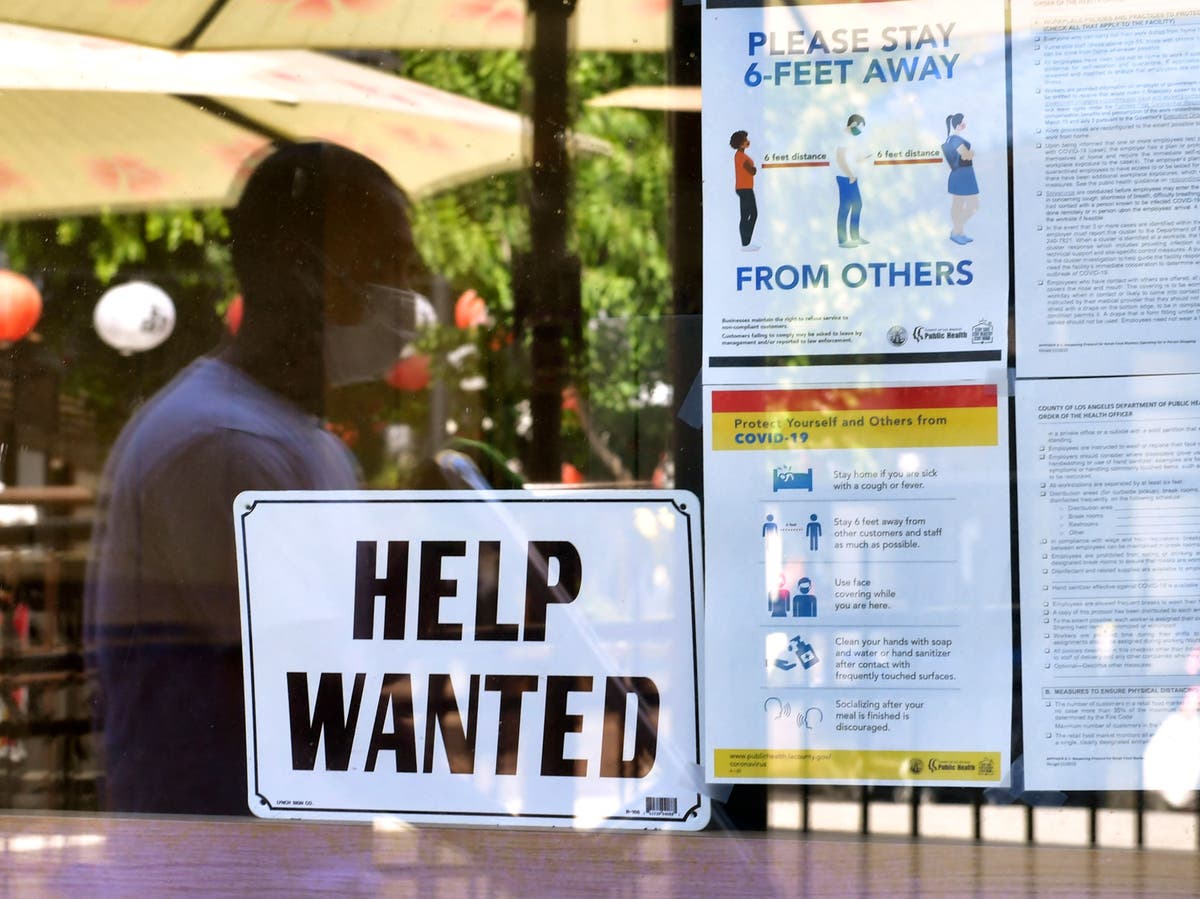 Four million Americans quit their jobs during the month of April, smashing a 20-year record, the US department of labour has said.

In a release on Tuesday, the department confirmed that the number of those who had quit jobs across the month increased to a series high of 4 million.

The department said that increases were seen across a number of industries. The retail sector saw the largest number of job-leavers.

The new numbers come hand in hand with a record 9.3 million job openings on the last business day of April, according to the US Bureau of Labor Statistics.

The changes come as US cities began to re-open their businesses amid the coronavirus pandemic, with industries like food service and retail having been forced to close or scale back operations for much of the last year.

Although employers are posting a record number of available jobs, many have complained that they can’t find enough workers to meet rising customer demand.

Some have speculated that higher unemployment benefits provided amid the pandemic are providing little incentive for Americans to find jobs.

An analysis by Bank of America found that people who earned less than $32,000 at their old jobs are likely now receiving more in unemployment aid than they did from working.

As a result, Republican-led states are moving to cut off a federal benefit for the jobless in a bid to press more recipients to seek work.

However, the number of Americans seeking unemployment benefits also fell last week for a fifth straight week to a new pandemic low, illustrating how Americans are continuing to seek employment.

The Labour Department said on Thursday that jobless claims had dropped to 385,000, down 20,000 from the week before.

“The latest  @BLS_gov #JobsReport showed a decrease in the unemployment rate – the first time it has been below 6 per cent since April 2020,” the department said on Monday on Twitter.

Many people note that despite a wealth of vacancies, jobs in the service and retail industries do not meet their needs for employment.

Latricia Hampton told the Associated Press she has had trouble finding jobs that fit with her two young children’s schedules, who are four and eight.

“It’s not like I can just go pick up a job at McDonald’s, and that’ll solve my problems,” she said. “I have two young kids. They need me, and when I’m not there, they need to be cared for.

She added: “I’m a working-class single parent. We still need help in this pandemic, not pushed off the edge of a cliff and told to fly again.”

Workers at a meatpacking plant in South Dakota, where nearly 1,300 employees caught coronavirus and four died, are threatening to strike unless the company agrees to boost its wage offerings amid other concessions such as employee health insurance.

Despite improvement across the board, the US economy still remains down 8.2 million jobs from its level in February 2020, just before the virus tore through the global economy.

Celebrity birthdays for the week of June 13-19