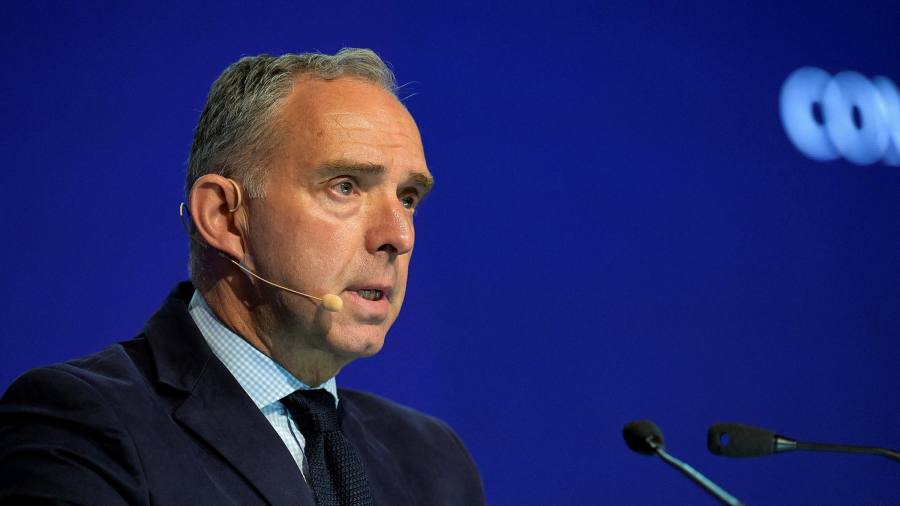 The UK’s biggest defence group said on Thursday that Sedwill, who stepped down as cabinet secretary and national security adviser in September 2020, would join from November 1.

Sedwill’s stint as cabinet secretary capped a long career in the civil service, including serving as British ambassador and Nato representative in Afghanistan and permanent secretary at the Home Office.

“I am delighted that Mark has agreed to join the BAE Systems Board,” said the group’s chair Sir Roger Carr. “He is globally respected and has enjoyed an outstanding public service career at the most senior level.

“He will bring well-informed geopolitical and economic perspectives to the board, as well as experience in leading large and complex organisations,” Carr added.

Separately on Thursday, Spain agreed to order 20 new Eurofighter Typhoon aircraft in a €2bn contract that will benefit BAE, among others.

The Eurofighter programme is Europe’s largest defence programme and involves contractors from the UK, Spain, Germany and Italy.

The Spanish Eurofighter is assembled and tested at Airbus’s Getafe site in the country. BAE is responsible for manufacturing more than a third of components for every Spanish aircraft, including the aircraft’s front fuselage and tail.

“This additional order reinforces Spain’s commitment not only towards the Eurofighter but also to its development and industrial environment. I would like to thank the customer for its firm position with respect to European defence at a time when it is needed most,” said Mike Schoellhorn, chief executive of Airbus Defence and Space.

The agreement will help to modernise Spain’s fleet and expand it to 90.

The new contract comes amid industry hopes that Russia’s invasion of Ukraine will drive new government orders and generate higher revenues for contractors. Analysts noted that the war has changed investors’ view of the industry, underscoring its role in facilitating international security.

BAE in February said that an “uncertain global environment” would boost business, pointing to higher spending on defence by European governments.

Employing roughly 85,000 people, BAE counts the US, the UK and Saudi Arabia among its biggest customers. The group’s products run from the F-35 fighter jet to nuclear submarines.

BAE and Rolls-Royce won defence contracts worth more than £2bn in May from the UK. Last year, the group reported a 13 per cent increase in profits and lifted its dividend by 6 per cent.

Shares in BAE climbed almost 2 per cent on Thursday morning, taking its gains for the year to 40 per cent and making it one of the best performers on the UK’s blue-chip index.

Sedwill’s appointment adds to the private sector positions he has taken since leaving the civil service, including a part-time role as a senior adviser to investment bank Rothschild & Co.

“BAE Systems is the UK’s leading defence company and is thus central to this country’s national security and economic agenda,” Sedwill said.

His exit from the civil service in late 2020 followed months of tension within Downing Street over the government’s handling of the coronavirus pandemic and the future of the civil service.

Airbus to amass €10bn as protection against future crises