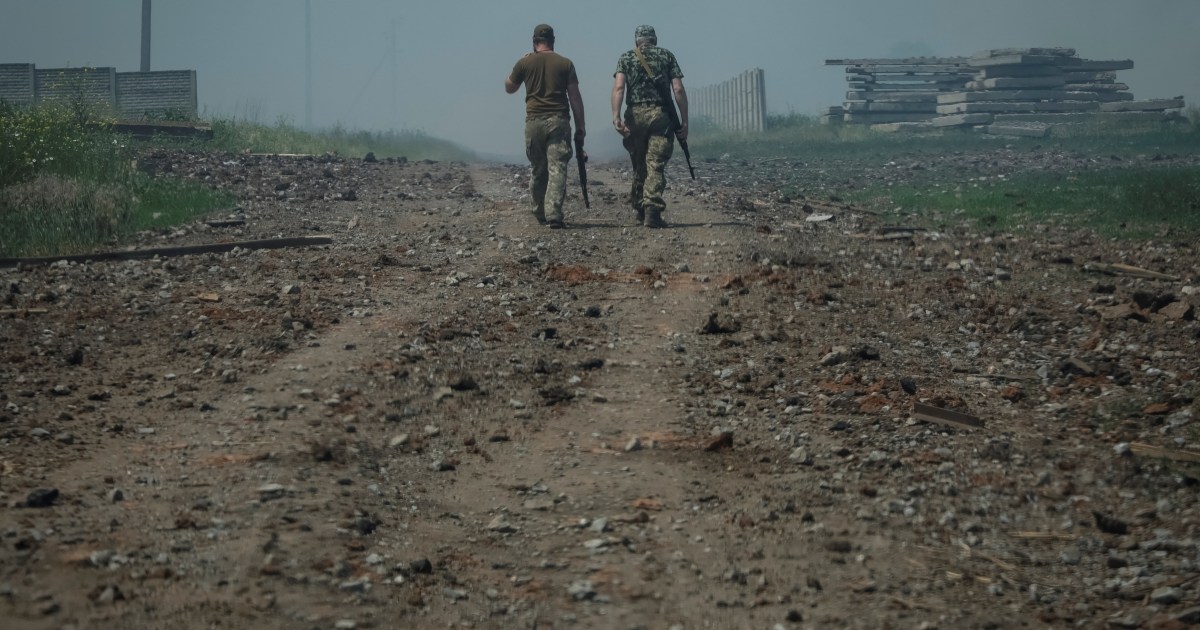 Court in breakaway region in eastern Ukraine convicts two Britons and one Morrocan accused of being ‘mercenaries’.

A court in a separatist-controlled breakaway region of eastern Ukraine has issued death sentences to two British citizens and one Moroccan national, who were captured while fighting for the Ukrainian army against Russian forces, according to media reports.

Thursday’s verdict by the supreme court of the self-proclaimed Donetsk People’s Republic (DPR), a region that is controlled by Russia-backed rebels and not internationally recognised as independent, marks the first conviction of foreign fighters since Russia invaded Ukraine on February 24.

Britons Aiden Aslin and Shaun Pinner and Moroccan Saadoun Brahim were charged with violating four articles of the DPR’s legal code, including attempting to “seize power” and “training in order to conduct terrorist activity”, the separatist-affiliated Donetsk News Agency reported.

The court identified each of the groups as “mercenaries” and said their actions had “led to [the] deaths and wounding of civilians” as well as the destruction of infrastructure in the DPR, which is one of the two breakaway regions in Ukraine’s eastern Donbas region, alongside the Luhansk People’s Republic (LPR).

Russia’s TASS news agency reported that the three men had pleaded guilty to all of the charges levelled against them.

The three men are now set to face a firing squad, according to Russian state news agency RIA Novosti. Their lawyer said they will appeal the decision. They will reportedly have up to a month to do so.

The separatists’ designation of the three captured fighters as “mercenaries” has had implications for the protections they have been afforded, placing them outside of the remit of the Geneva conventions on prisoners of war.

The Geneva conventions afford combatants immunity from prosecution for military actions deemed to be lawful.

Pinner and Aslin’s relatives have argued both are long-serving members of the Ukrainian military and not mercenaries.

The pair were captured by pro-Russian forces in Mariupol in mid-April, during a bitter fight for control of the port city in southeastern Ukraine.

Saadoun was captured in March in Volnovakha, a small town situated between Mariupol and the regional capital of Donetsk.

A spokesman for British Prime Minister Boris Johnson said the United Kingdom’s government was “deeply concerned” by the death sentences and will work to try to secure the release of Pinner and Aslin.

“Under the Geneva Convention, prisoners of war are entitled to combatant immunity, and they should not be prosecuted for participation in hostilities. So we will continue to work with Ukrainian authorities to try and secure the release of any British national who was serving in the Ukrainian Armed Forces and who are being held as prisoners of war.”

There was no immediate reaction from Rabat.

The Russian military has argued that foreign mercenaries fighting on Ukraine’s side are not combatants and should expect to face trial if captured. Another British fighter captured by pro-Russian forces, Andrew Hill, is currently awaiting trial.