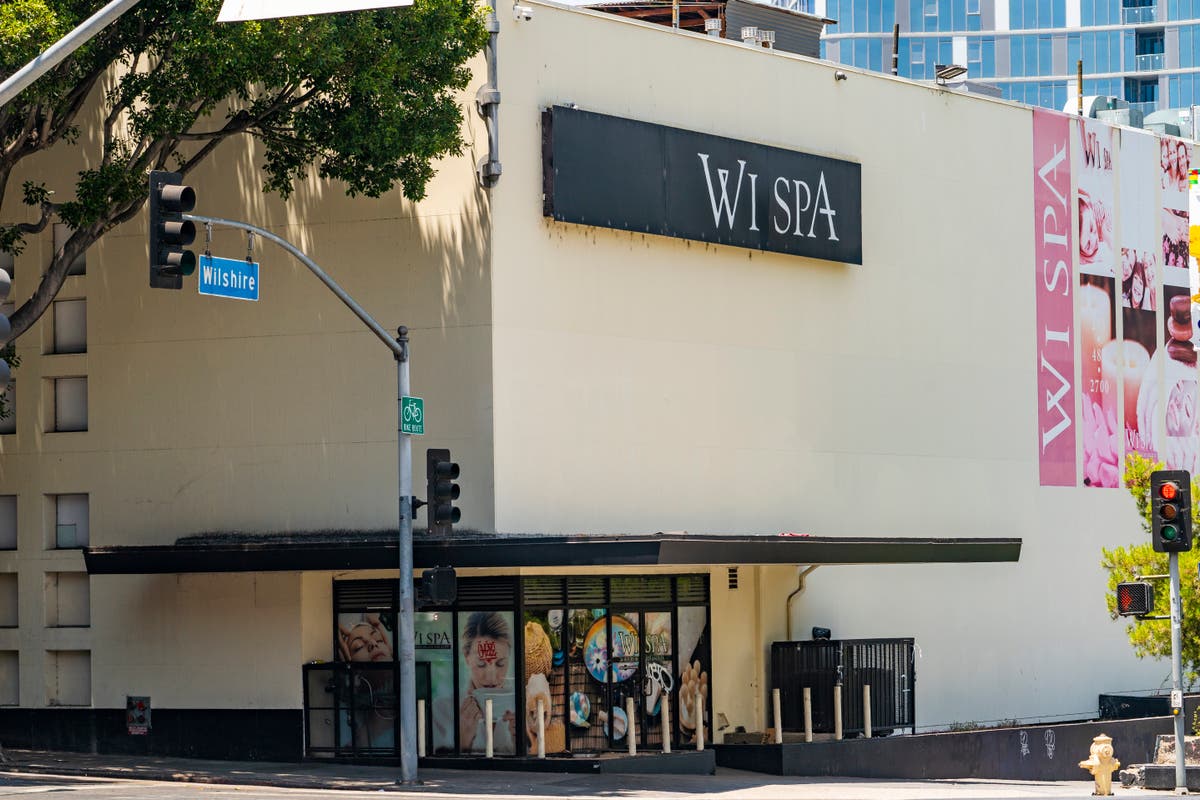 Footage of a Los Angeles Police Department officer shooting a rubber bullet at a transgender rights protester during violent clashes at a Koreatown spa on Saturday has raised questions about the department’s use of non-lethal force.

The LAPD said officers in riot gear were pelted with bottles and other projectiles as they tried to disperse the crowd outside the Wi Spa, which has become a lightning rod for far-right and LGBT+ activists over its  trans-inclusive policies.

During the melee, in which members of the far-right Proud Boys were reportedly present, an officer is seen firing a rubber bullet at close range into the protesters, hitting a woman in the stomach.

The video clip, which has been viewed nearly seven million times on Twitter, shows the woman collapsing to the ground.

A witness said the woman had been asking police to put down their guns when she was fired upon.

The LAPD said 39 people had been arrested for failure to disperse and one for carrying a prohibited item at a protest. It said a stun gun, knives, pepper spray were found discarded nearby.

The incident prompted one law enforcement expert to question whether it breached the LAPD’s guidelines for non-lethal use of force.

“There were some projectiles that were being thrown at the police. They did recover some weaponry, that kind of thing,” security consultant Bruce Thomas told ABC7.

“But in this case, I just didn’t see an exigent circumstance for the use of less-than-lethal by this officer.”

The Independent has approached the LAPD for comment on the officer’s use of force, but had not received a response at the time of publication.

Earlier this year, after widespread protests in the city over George Floyd’s murder in Minneapolis, a judge issued a restraining order against the department over its use of force in quelling the protests.

It was the second protest this month at the Wi Spa, in the 2700 block of Wilshire Boulevard, apparently provoked by coverage of the spa’s policy of accepting transgender customers.

Last month, Fox News’ highest-rated host Tucker Carlson featured the Wi Spa in a segment claiming a transgender person had disrobed in the woman’s section of the spa.

It led to an anti-transgender protest outside the spa on July 3 in which two people were stabbed.

Slate.com reported that the the video is widely believed to be fake.

In a statement to ABC7, Wi Spa said it “strives to meet the needs and safety of all of its customers, and does not tolerate harassment or lewd conduct by any customer, regardless of their sex, gender, or other characteristic.”