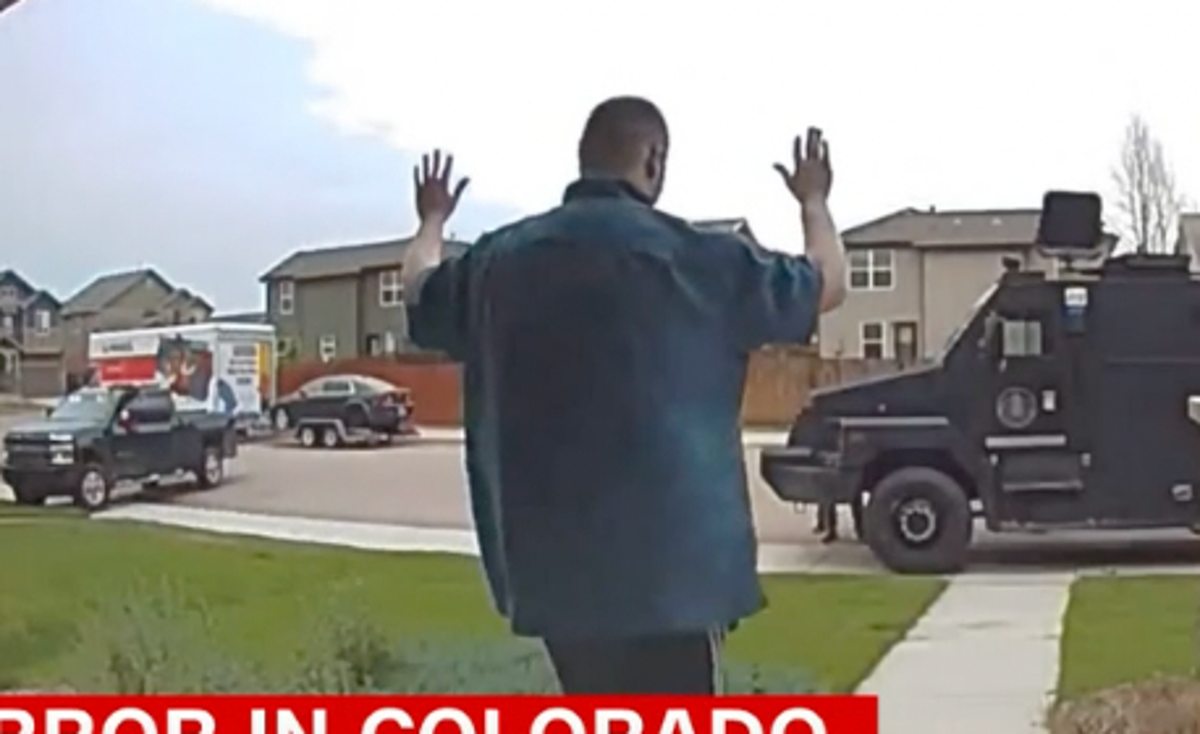 Footage has emerged of the suspect in a mass shooting attack on a Colorado Springs LGBT+ club surrendering to armed police officers after an unrelated bomb threat incident in 2021.

Anderson Lee Aldrich, 22, was arrested in June last year after his mother Laura Voepel called police to report he had threatened her with a homemade bomb, according to a statement from El Paso County Sheriff’s Office.

Mr Aldrich is seen on a ring doorbell camera obtained by CNN walking out of his mother’s home in Pilgrimage Rd with his hands in the air as an armoured vehicle and several patrol cars surround the property.

He was charged with felony menacing and kidnapping, according to a statement by the El Paso County Sheriff’s Office.

When asked about the charges, Mr Vasquez told CNN Ms Voepel had not cooperated with the investigation.

On Monday, Mr Aldrich was arrested on suspicion of five counts of first-degree murder and five counts of bias-motivated crimes causing bodily injury, a class-5 felony.

He remains in the hospital where he is being treated for injuries sustained when “hero” patrons disarmed him, police say. Five died and 18 more were injured when a suspect burst into Club Q and opened fire.

According to the El Paso County Sheriff’s Office, Ms Voepel called authorities to say her son was threatening her with a homemade bomb, multiple weapons and ammunition.

Deputies located Mr Anderson at a home about a mile away from Ms Voepel’s home. They reached him by telephone, and said he refused to surrender.

A tactical support unit arrived at the Pilgrimage Rd address and evacuated 10 homes nearby. An emergency text notification was sent to homes within a quarter mile radius, the sheriff’s office said.

A livestream filmed by the suspected gunman obtained by DailyMail.com shows him threatening to blow the property if officers try to enter.

The sheriff’s office release states that Mr Anderson surrendered approximately 90 minutes after they arrived at the address.

No explosive devices were found at either homes.

Is World Cup 2022 a last chance for Belgium’s golden generation?

‘Humanity has become a weapon of mass extinction’: UN

Australia opener David Warner has ended his bid to have his permanent leadership ban lifted, citing concern that a review

Messi, Ronaldo and Neymar have time to make this their World Cup

‘What a great day’: Morocco wakes up to a dream that came true