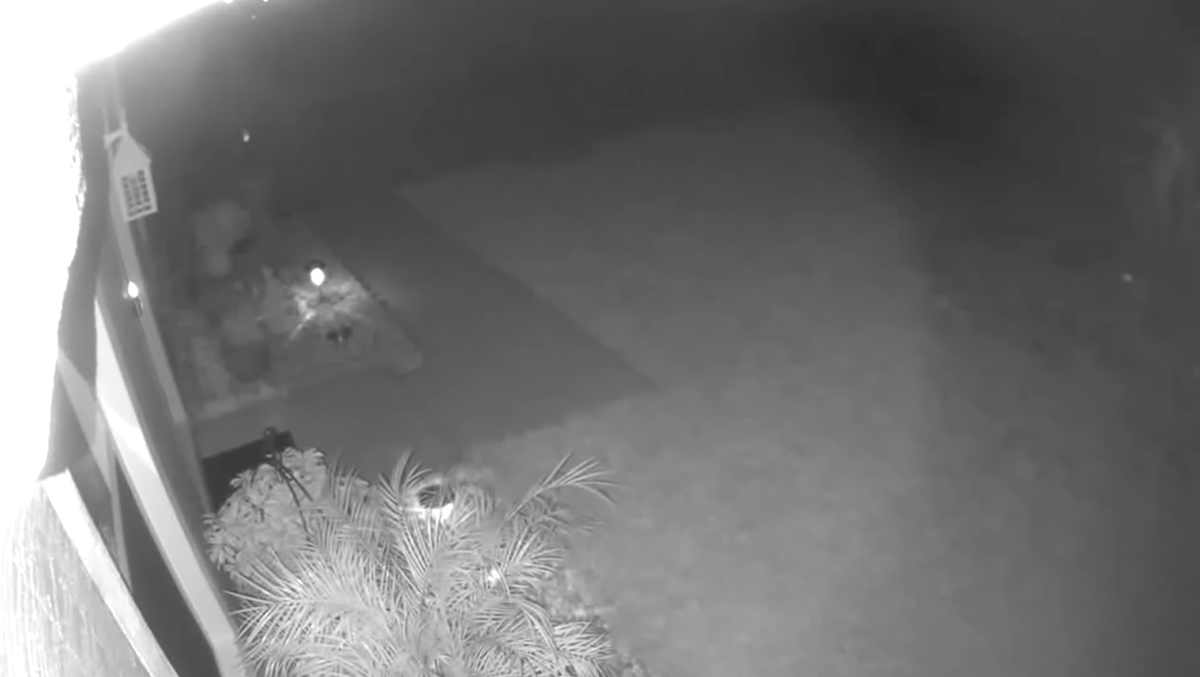 A Florida woman remains adamant that she saw a baby dinosaur running through her garden.

This comes two months after video footage from a security camera on Cristina Ryan’s Palm Coast property showed a creature that resembled a dinosaur run past. The video is unclear, grainy and taken at night. The figure has a distinctive tail.

Ms Ryan gave an update to FOX 35 Orlando on 9 June. “There has never been an answer to what it was. Even despite asking neighbors. We are all still convinced it’s a dinosaur!”

When it first emerged in April, she told the same outlet that everyone agreed with her that it resembled a baby dinosaur.

Ms Ryan said, “Any animal we can come up with that would be ‘walking’ at 3:40 in the morning, wouldn’t walk this way. Maybe I’ve watched ‘Jurassic Park’ too many times, but I see a raptor or a small dinosaur.”

She did not see that it could be another animal.

“Some say it’s a large bird, but that makes no sense – since whatever it is appears to have front legs. So not sure,” Ms Ryan said.

The clip was shared on Facebook, where users had a lot to say.

“I use to live in Clearwater Florida and seen some of these lizards running on back legs. They are big, alert, active lizards are quite common along canal banks in suburban areas and in agricultural fields in Southern Florida. The Brown Basilisk Lizards are agile lizards that climb well and run extremely fast, often on their hind legs,” wrote Robert Simmons.

Jacqueline Cobbett said, “If you pause the video, it looks like a dog with a bucket on its head. You can definitely see a leash or rope trailing behind.”

Florida is a state brimming with all types of wildlife, including reptiles, birds and sea creatures. According to the Florida Fish and Wildlife Conservation Commission, there are more than 700 land animals that call the state home.