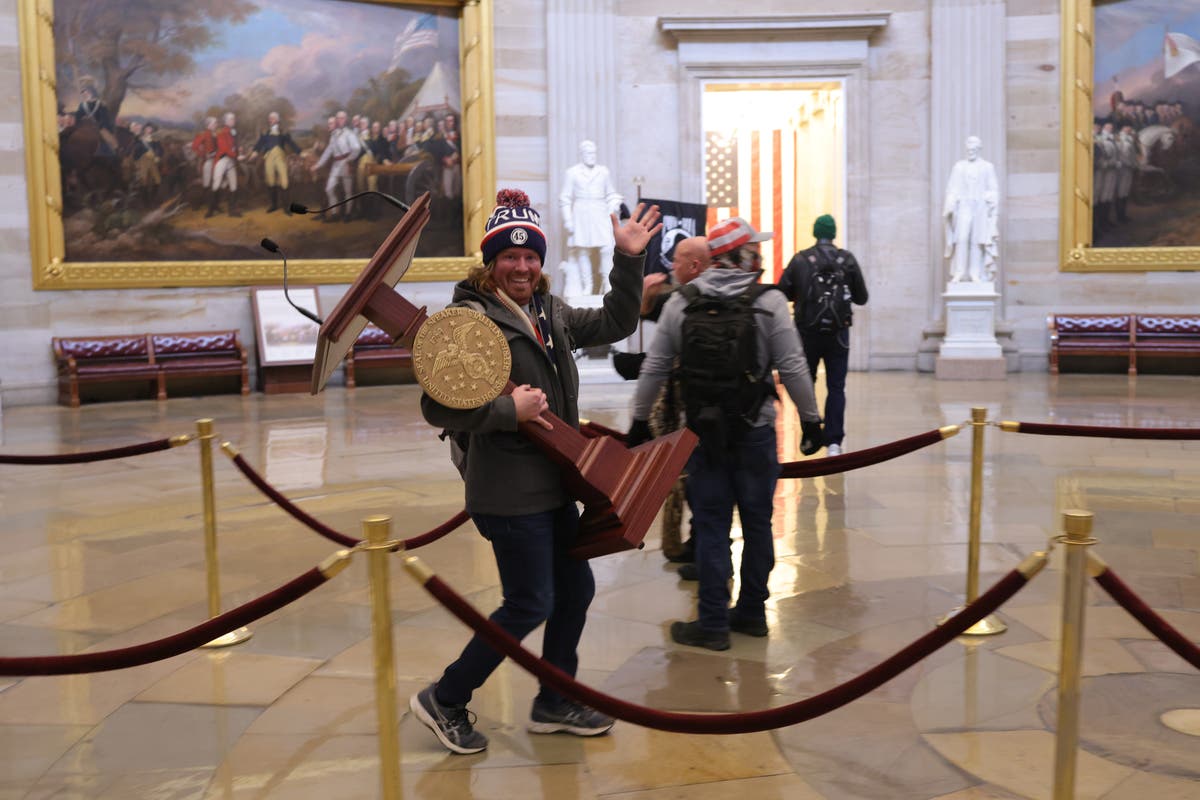 A Florida man who was pictured taking House Speaker Nancy Pelosi’s lectern during the 6 January riot on Capitol Hill pleaded guilty for his actions, the Associated Press reported.

Adam Johnson, who is 36, pleaded guilty to one count of entering or remaining in a restricted building, court records show. While federal prosecutors will not seek prison time for Mr Parrish, a judge will decide his fate on 25 February.

Mr Johnson will likely also have to pay $500 in restitution for his role in damaging the US Capitol when a horde of then-President Donald Trump’s supporters broke into the Capitol in an attempt to stop the certification of the 2020 presidential election.

One widely-circulated photo showed Mr Johnson carrying the lectern around the Capitol rotunda wearing a knit cap that said “Trump” on it, while another showed him with a sign that said “closed to all tours.

Capitol officials said the lectern, which is worth $1,000, was recovered with no damage.

‘Cancun is much nicer than Cabo’: Ted Cruz mocks Gavin Newsom’s vacation with reference to his own scandal

What is Roe v Wade and did it get overturned?